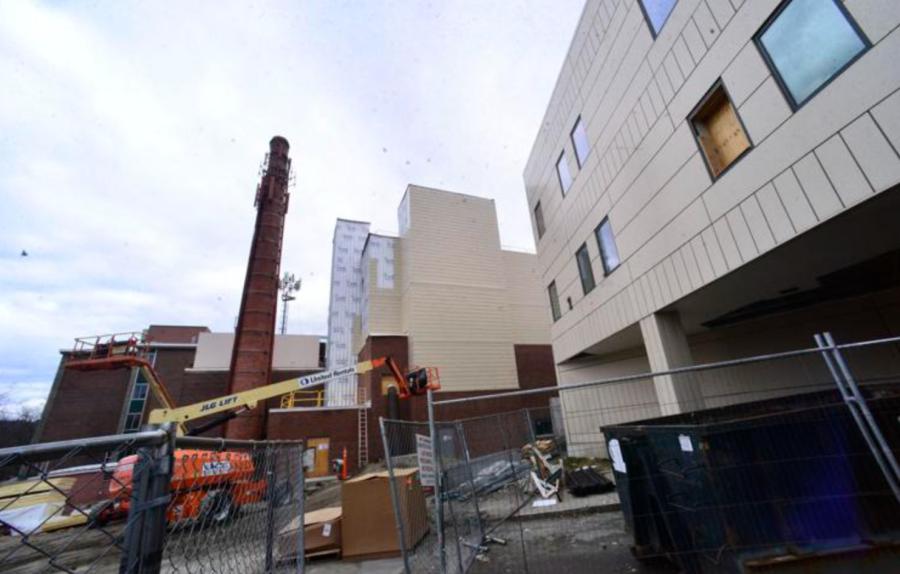 Despite a few challenges, construction is back under way at Brattleboro Memorial Hospital (BMH) in Vermont for its new surgical wing, scheduled to open in a few months.

"Since construction started, we have had some delays resulting from COVID restrictions, as well as labor shortages," Gina Pattison, director of development and marketing at BMH, told the Brattleboro Reformer. "We had hoped to open the building in April, but now plan to have the Ronald Read Pavilion open in early July."

The Vermont office of HP Cummings Construction Co., located in Waterbury, is managing the building effort.

At approximately 27,000 sq. ft., spread over four floors, the hospital's new wing allows BMH to replace and increase the size of the existing operating rooms to provide a more efficient workflow and meet size requirements.

The construction of the medical center also will be able to:

Rob Prohaska, the director of plant services at BMH, gave the Reformer a tour of three new operating rooms under construction and described the project as being all about modernizing the hospital.

"This is giving us more room for what we have in terms of services here at Brattleboro Memorial," he said.

Initially expected to cost about $22.7 million in 2017, the project's price tag now is estimated to be $26,750,895, Pattison told the Brattleboro news source, adding that the revised projection has been approved by the Green Mountain Care Board, which reviews and establishes community hospital budgets in Vermont.

The Reformer noted that a document from the hospital recently submitted to the board read, "Now, with all permits obtained, and having weathered the COVID-19 public health emergency, project construction has resumed, but the cost of needed labor, materials and equipment to fully construct the project as applied for has increased significantly."

The construction's costs are being partially paid for with a $6 million bequest from Ronald Read, who died at age 92 in 2014. Read, who worked as a janitor and lived in Brattleboro, quietly amassed an $8 million fortune after investing in the stock market and donated funds to not only the hospital, but the town's Brooks Memorial Library as well.

In addition, BMH took out a $12.5 million bond for the project, and other investment funds will be used to cover the costs, according to the document submitted to the board.