Construction on Bella Vista Bypass, I-49 Interchange Still on Track Near Bentonville 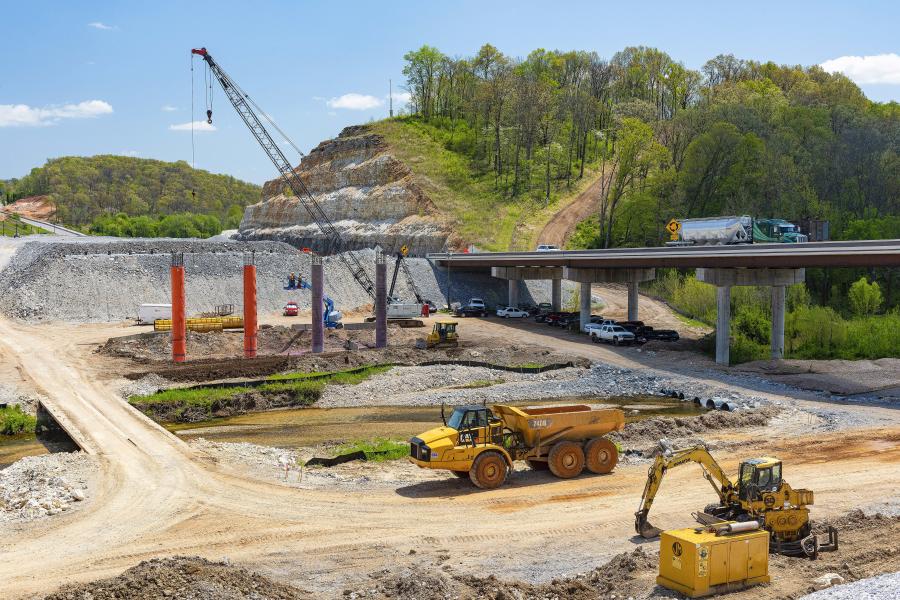 Construction on the I-49 interchange resumed after the Memorial Day weekend, according to Robert Gillis of Sapp & Sons. (ARDOT photo)

Work to complete the Bella Vista Bypass near Bentonville, Ark., is close to its schedule, despite the fact the primary contractor paused one project after an employee tested positive for the coronavirus.

The delay wasn't critical to the larger picture of completing the project, said Steve Lawrence, District 9 engineer of the Arkansas Department of Transportation (ARDOT).

Lawrence said Emery Sapp & Sons told the department in late May it needed to stop work after an employee on the Interstate 49 interchange project in north Bentonville tested positive. Other local projects weren't affected.

Sapp & Sons is the main contractor of the interchange, as well as new lanes of the Bella Vista Bypass from Benton County Road 34 to the Missouri state line and that state's portion of the project. The cost of the 2.5-mi. stretch of road in Arkansas will cost approximately $35.5 million.

Construction on the I-49 interchange resumed after the Memorial Day weekend, according to Robert Gillis of Sapp & Sons.

"We paused the project to make sure we could evaluate the situation," he explained. "After doing all of our tracing, due to weather, that employee had only been on the project one day in the last three and a half weeks and he was already seven days from being on the job when he found out that he had tested positive."

The 19-mi. bypass will allow motorists to circumvent the town of Bella Vista to the west and south on a four-lane interstate. The project also is known as the Interstate 49 Missouri/Arkansas Connector, a nod to its regional importance.

Tim Conklin, assistant director at the Northwest Arkansas Regional Planning Commission, said keeping projects moving is vital, given the region is forecast to have nearly one million people by 2045.

"Major infrastructure highway projects take decades to plan and design, years to identify program funding and multiple years to construct," Conklin said. "Northwest Arkansas continues to play catch up with infrastructure projects to provide the capacity and desired connectivity for the region. Specifically, I-49 provides interstate access for freight and people."

Arkansas officials last year awarded bids in July and broke ground in October on two sections needed to fill missing links on the Arkansas side.

The two projects are the last 2.5 mi. from Hiwasse to the state line and the single-point urban interchange to replace the roundabout at I-49 and U.S. 71 in north Bentonville where the new highway heads west. The estimated cost of the two projects is a little more than $100 million.

Sapp & Sons is the primary contractor on both contracts.

A third project, adding the remaining 6 mi. of lanes on the Arkansas side, has been under way for some time. Kolb Grading is the primary contractor on that $52.6 million job.

The goal is for Arkansas and Missouri to each build their parts and meet at the state line in late 2021, or early 2022 at the latest, according to regional planners.

Ultimately, the objective is completion of the 278-mi. section of interstate between Fort Smith, Ark., and Kansas City, Mo. Bella Vista is the only stretch where traffic must leave I-49 and continue on U.S. 71 to travel. Planners have said allowing motorists to bypass Bella Vista and its multiple traffic signals should reduce travel times and improve safety. 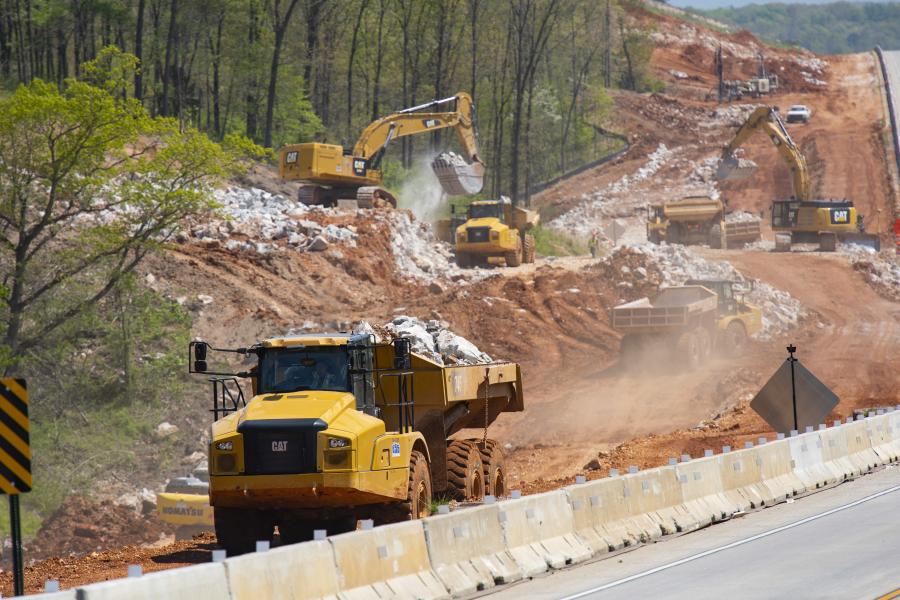