Construction on Manhattan's First Public Beach to Begin This Spring 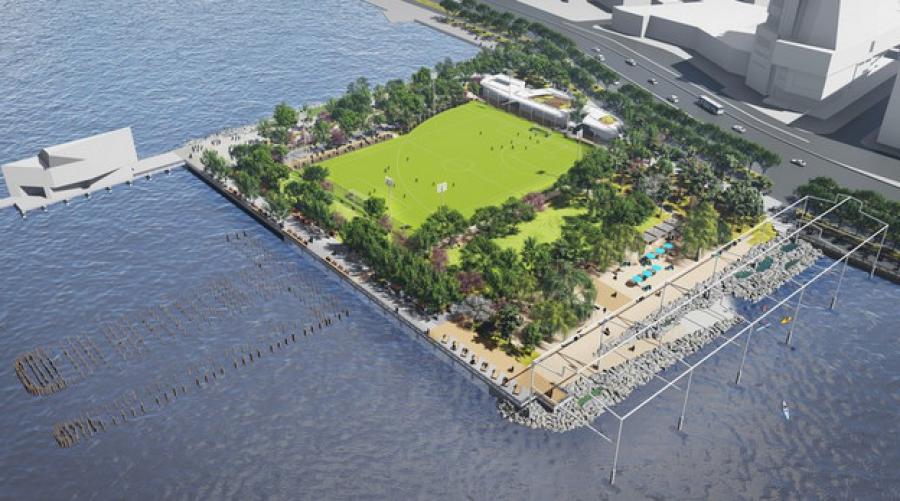 New Yorkers are one step closer to having their very own Manhattan beach.

On Feb. 10, the Hudson River Park Trust announced that it would start construction on Gansevoort Peninsula this spring, between Gansevoort Street and Little West 12th Street, along the western edge of the Meatpacking District.

The 5.5-acre park at Little West 12th Street will come with a sports field, a salt marsh, a dog run and "a sandy beach area with kayak access on the south side," according to a press release.

Wading or swimming will not be permitted, as the Hudson River's water quality is not yet clean enough (lots of sewage still flows from the city into the river).

The park is being designed by James Corner Field Operations, the creators of the High Line, and the bulk of the $70 million project is being paid for by the city and the trust, with a 2023 completion date.

The idea of putting a beach in Manhattan stretches as far back as New York Gov. George Pataki's administration in 1998.

"The creative and unique design will add to New York City's diverse and ever-growing selection of world class parks and community spaces," Deputy Mayor Vicki Been said in a statement.

One illustration of the difficulty of designing Gansevoort Park is that there is a natural gas pipeline that runs right through the site. A spokesperson of the trust said that the park was taking all the precautions necessary to build around the pipeline.

"Among them is retaining sufficient soil above the pipeline to ensure it is not disturbed," the spokesperson wrote in an email. "Pipeline experts will also be on site during portions of the construction and review all plans before any work starts."

Gansevoort Peninsula is part of an explosion of parkland and development on the West Side of Manhattan.