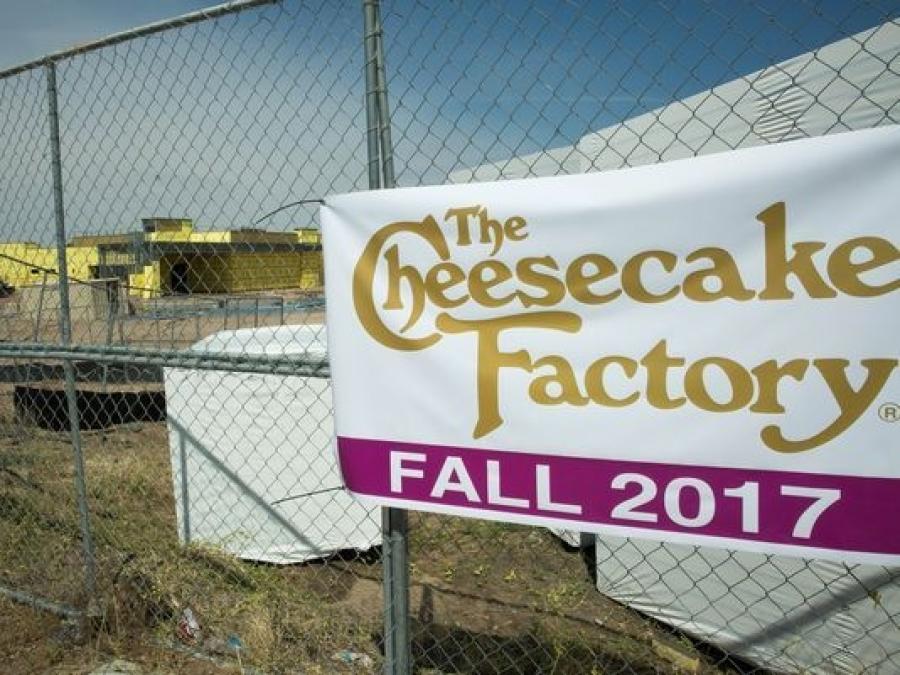 A construction site in southern New Mexico, which sparked buzz with a fake sign announcing it as a future home of a Cheesecake Factory, is really a future emergency center.

The Las Cruces Sun-News reports (https://goo.gl/aIJF5k) that officials say pranksters put up the bogus sign on a gate as a joke.

Still, the fake sign announcing “The Cheesecake Factory Fall 2017” and another one saying “Dave and Busters Coming Soon” generated excitement on social media in Las Cruces, a city of 100,000 people near the U.S.-Mexico border.

City officials dashed those hopes Thursday by confirming the site is destined to be an emergency department for MountainView Regional Medical Center.