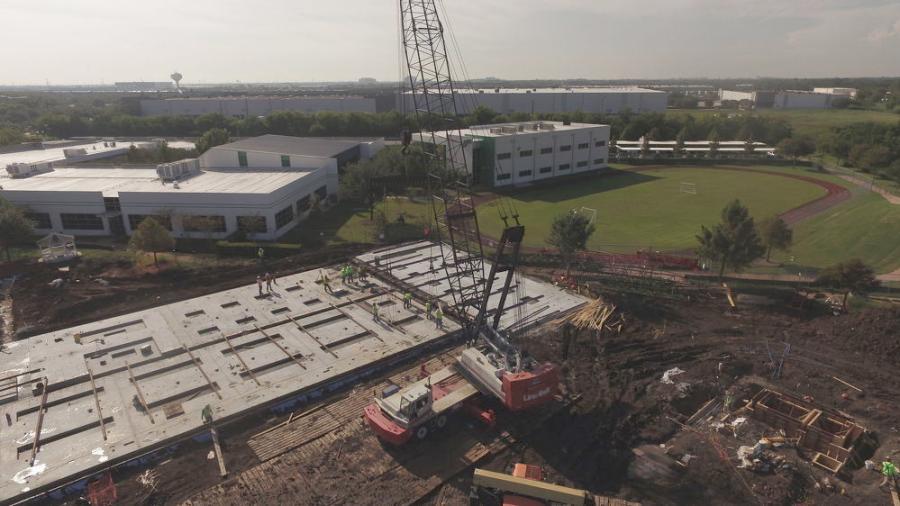 Funded by a $12 million capital investment by HCSS, this building is expected to be completed by the summer of 2020, marking the completion of Phase I.

HCSS, a construction industry software developer in business since 1986, is adding a new building and three-story parking garage on its Sugar Land, Texas, campus.

It's the third HCSS building on the site the company has occupied since 2010 — and the third building Rosenberger has constructed for them at that location. In business for 28 years, Rosenberger is known for building industrial warehouses, offices, parking garages and more, making the Texas contractor a good fit for this project.

"The first building is a large one-story," said Justin Henderson, senior project manager of Rosenberger Construction. "The second building is a smaller two-story with an open concept featuring pod areas for offices." 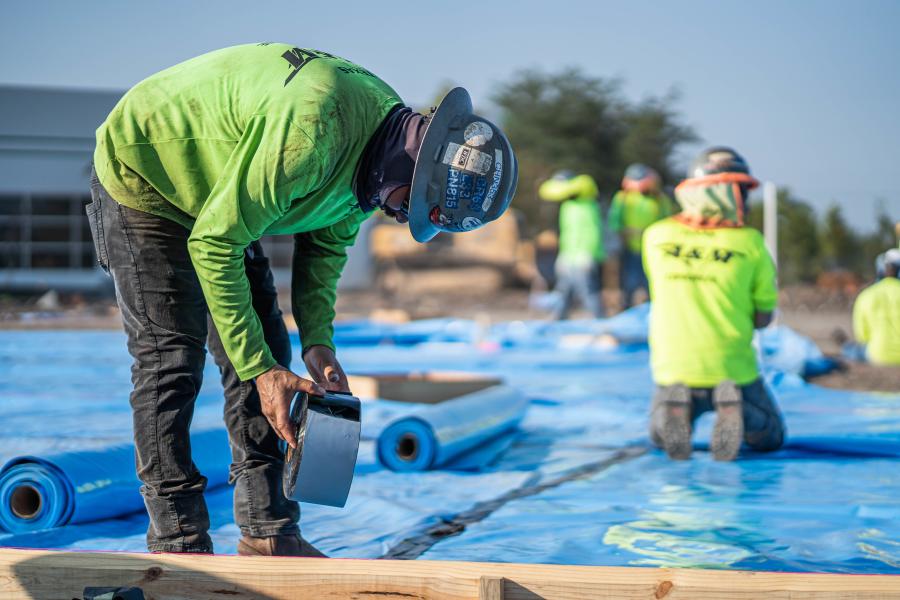 This expansion is intended to grow a new segment of the business and double the employee base. Sales and marketing personnel will be the first to move into the new building in 2020. Additional development personnel will move in at a later date.

Funded by a $12 million capital investment by HCSS, this building is expected to be completed by the summer of 2020, marking the completion of Phase I. 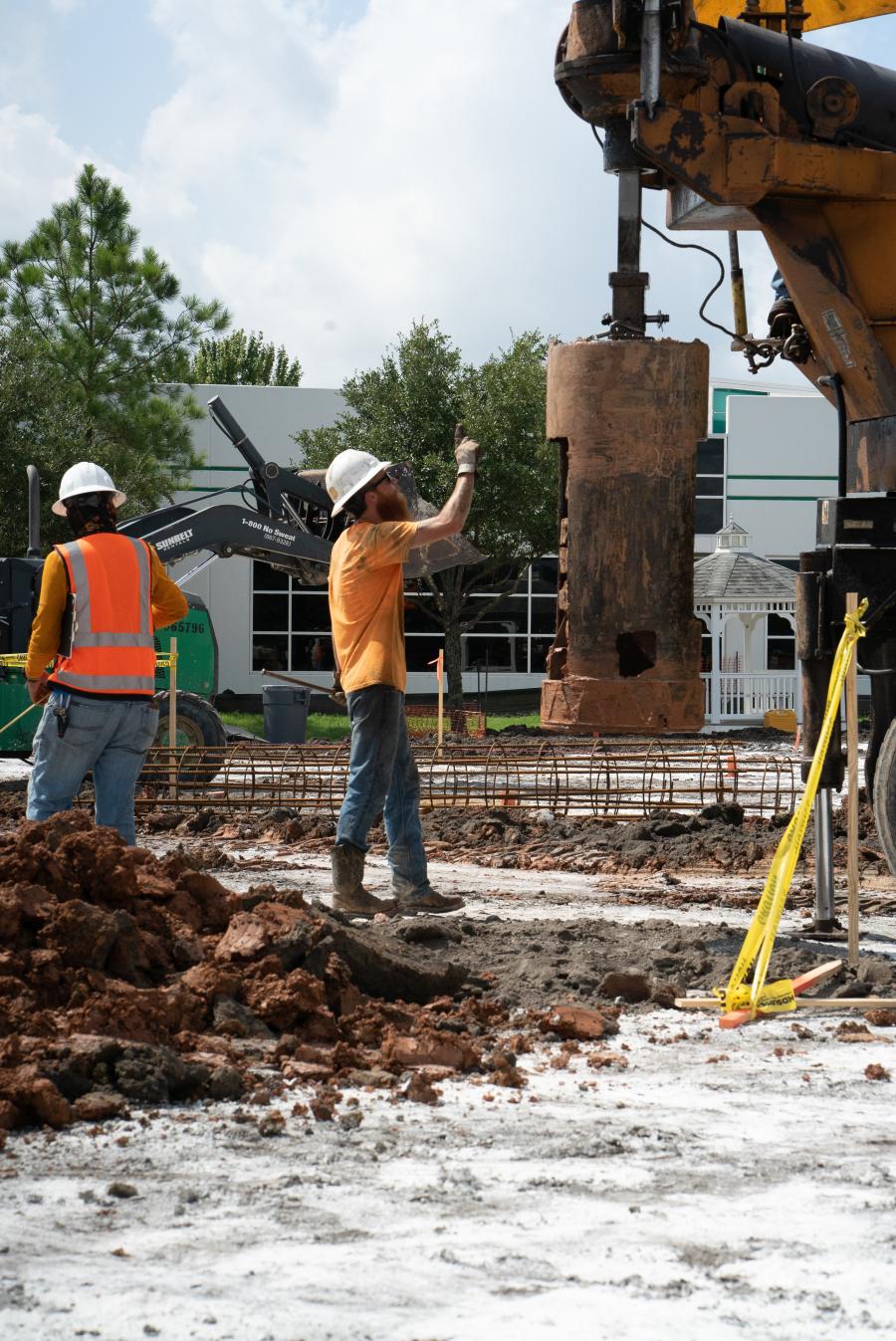 "We have room for four to five buildings," Webb said. In fact, he, added, the company plans to eventually grow to a five-building campus.

HCSS chose the same contractor for all three buildings. Although they all incorporate concrete tilt wall construction, Henderson said they're all unique.

"The third building is also a two-story structure," he said, adding that they're only building out half of it for now, leaving the balance for future space. Under contract is the elevator lobby, rest rooms, mechanical room and offices on the first and second floors.

Another aspect of this project that makes it different from the previous two is that this is a design-build project. The building was designed by Studio RED Architects.

"Coordinating a design-build project is tough," Henderson said, adding that design-build is new to him. "Trying to keep the design ahead of construction is a different challenge for me. Typically, we bid and have blueprints, but now we're designing to budget."

Although design-build is known as a cost-efficient method that often reaches completion faster than design-bid-build, both budget and timeline can be moving targets. Henderson mentioned that they had to re-design to accommodate the addition of a racquetball court.

"The addition of this new building to our campus will both allow us to grow as well as add even more elements to help our employees feel connected, strengthening our customer service culture," Webb said, adding that HCSS prides itself on providing a great life for all employees, with wellness benefits like an onsite workout facility, running and walking tracks and healthy snacks provided for all employees and visitors — all encompassed in a college campus design. 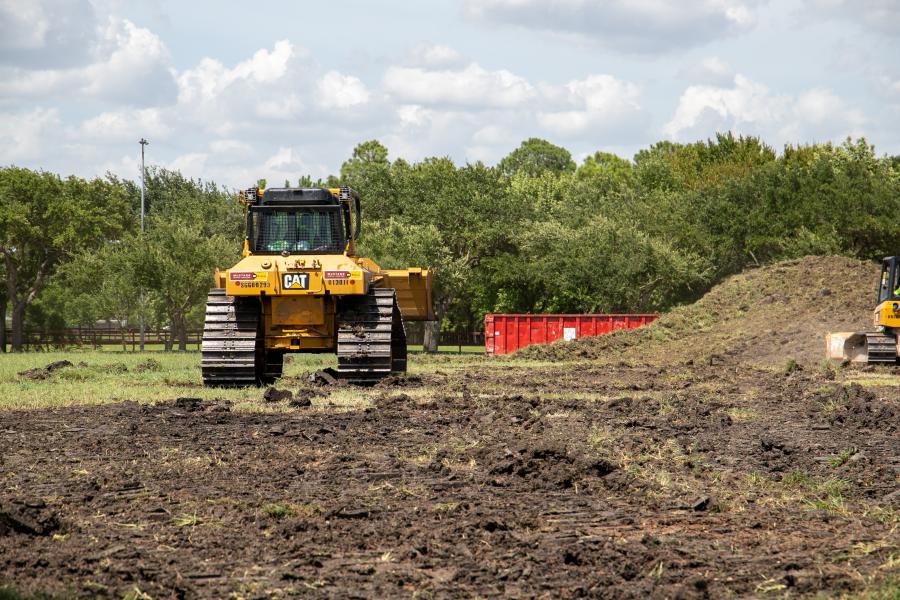 An existing Wellness center has a gym and a basketball court. The new building will expand on this philosophy with an additional workout room and an indoor racquetball court. Other amenities will include a full kitchen, multiple lounge areas and an entertainment room.

A new three-story parking garage will have capacity for approximately 280 vehicles. Henderson observes that HCSS is already over capacity on parking. Currently, he said the church adjacent to the property lets HCSS employees and construction workers use their parking lot; in turn, church members use the HCSS lot on Sundays.

Setting of the pre-cast parking garage walls is under way.

Site work was done by MSC Earthworks. Henderson said there was "a fair amount of dirt moving" on the project, but all dirt was re-used onsite. Crews created a detention pond — a dry pond for stormwater mitigation. They then used that soil to raise up the building and parking garage pads, bringing in excavators, dozers and mixers for the dirt improvement process. "We mixed the dirt with lime for the pads."

Backhoes and front-end loaders were brought in for the utility work. Cranes, forklifts and scissor lifts are needed for the steel erection — to put up the tilt panels, Henderson said. It's a lot of equipment on the HCSS campus. "The biggest challenge is that it's a small site."

Another challenge has been scheduling. Starting construction early to expedite the schedule was complicated by the city.

"Permitting put us back a couple months," Henderson said. With that behind them, focus is on pushing toward that 2020 deadline, which he fully expects to meet.

"We are excited to call Sugar Land home and to bring hundreds of new jobs to the area," Webb said. CEG