If it seems like there are orange cones and backhoes everywhere you go, maybe it's because North Dakota is the country's construction capital. 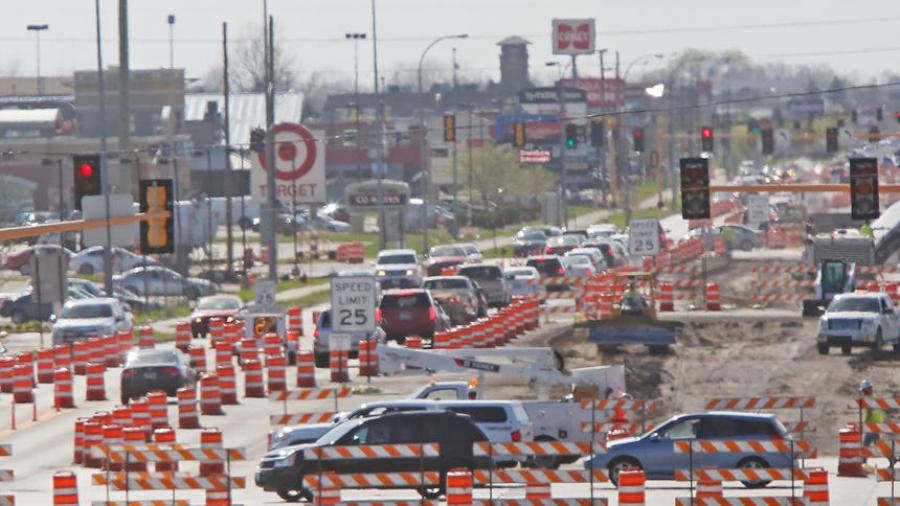 Construction along 13th Ave. S. is just one of the many cone zones in Fargo this summer. North Dakota's construction accounts for higher a percentage of North Dakota’s economy than in any other state and has for three years running, according to a new report. (David Samson / The Forum photo)

FARGO — If it seems like there are orange cones and backhoes everywhere you go, maybe it's because North Dakota is the country's construction capital.

The sector accounts for a higher percentage of the state's economy than in any other state and has for five years running, according to a report released Wednesday, Aug. 17, by Associated Builders and Contractors, a national trade group.

Economist Bernard Markstein, the report's author, said North Dakota's energy boom, along with its relatively small economy (45th largest GDP among the states), contributed to its No. 1 ranking.

"Starting in 2009, you find that North Dakota's really benefited from the jump in energy prices, which led to a lot of construction-related activity, everything from housing the workers to building roads," he said.

Three other states that landed in 2015's top five construction rankings — Montana (No. 3), Wyoming (No. 4) and Louisiana (No. 5) — were buoyed by the nation's energy boom, the report said. Hawaii was No. 2 due to residential and tourism-related construction.

Minnesota ranked 20th at 4 percent — just higher than the U.S. as a whole, which was 3.9 percent, according to the report.

In 2015, North Dakota's construction industry was boosted by the state Legislature's approval of $1.1 billion in "surge funding" aimed at addressing critical needs in the Oil Patch.

"The state has made significant and even historic investments in construction and infrastructure of all types," said Russ Hanson, executive vice president of the Associated General Contractors of North Dakota, a trade group that represents commercial builders.

Hanson said those investments were funded with help from several years of strong oil and agricultural commodity prices. Even though prices are now substantially lower, there's still a considerable amount of construction this year, he said.

"You're still seeing a lot of large projects that are really in response to population growth going on in the western part of the state," said Lance Ziebarth, president of Fargo-based Roers Construction.

Ziebarth said many of the projects in western North Dakota — roads, schools, hospitals, water treatment plants — are publicly funded. "The private market is dead out there, but the public market is still churning along," he said.

Kim Schneider, executive officer for the North Dakota Association of Builders, said recent years have been great for the state's homebuilders who now "have a lot of work in the pipeline." "They're definitely keeping busy," she said. "I think their biggest struggle is finding workers."

Ziebarth predicts there will be less construction spending this year given the cooling economy and the state's budget cuts. But for now, Roers, which specializes in commercial and multifamily construction, continues to see projects come its way.

"The Fargo market is doing very well. We also have an office in Dickinson, and they're obviously slower with the slowdown," he said. "But there's still work available. It's just more competitive."

Construction as a percentage of the economy

For five years straight, North Dakota has ranked No. 1 in terms of construction as a percentage of the state's gross domestic product.