The Museum will welcome an estimated 700,000 visitors annually. 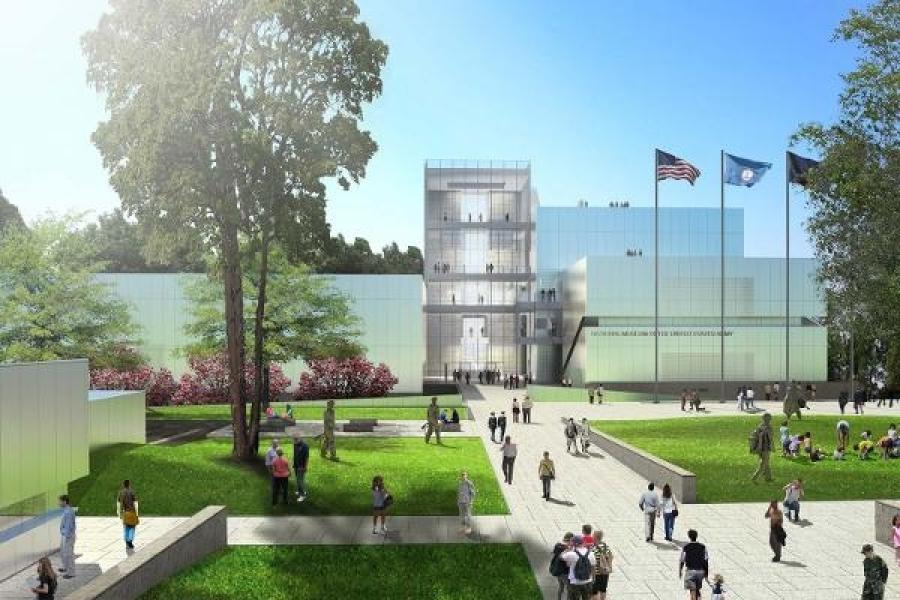 Artist rendering of the Army Museum. (Illustration via U.S. Army)

The Army Historical Foundation announced that construction will soon begin on the National Museum of the United States Army on Fort Belvoir, Virginia.

Activity on and around the 84-acre Museum site, adjacent to the Fairfax County Parkway, will intensify in March as heavy equipment, site managers and subcontractors begin work on the museum which is projected to open in late 2019, Schultz said.

"We've just reached another important milestone in our timeline for building the National Museum of the United States Army," Schultz said. "There is no other museum in the Army Museum Enterprise that tells the complete Army story and the Army's wide-ranging contributions to our nation's growth and development."

"We look forward to the day when we open the Museum doors and share the Army's storied 241-year history with the American public and the Army family," he said.

The museum building was designed by Skidmore, Owings & Merrill LLP, and will tell the stories of the 30 million men and women who have worn the Army uniform from 1775 through present day.

Approximately 185,000 square feet of museum space will feature state-of-the-art technology throughout the dramatic historical galleries, an interactive Experiential Learning Center designed to engage visitors' imaginations and curiosity, and the Army Theater that will stimulate visitors of all ages emotionally and intellectually, immersing them in the Army's history and heritage and what it is like to be a soldier, according to Shultz.

The vast majority of the museum's rare and priceless artifacts, artwork and images have never been seen by the American people, he said. Outdoor venues will include a Memorial Garden, Amphitheater, Parade Ground, and Army Trail. The Museum will welcome an estimated 700,000 visitors annually.