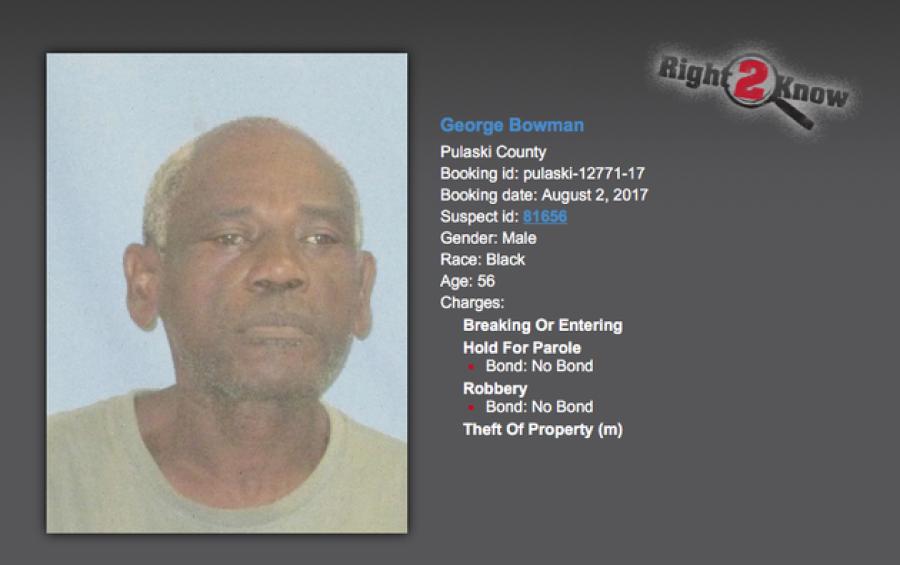 Construction workers restrained George Bowman until police arrived after he attempted to steal beer from the back of a pickup truck.

Construction workers in downtown Little Rock, Ark. chased after a would-be robber who tried to steal several beers from a cooler at a work site, later restraining him until officers arrived, police said.

A 31-year-old man told the Little Rock Police Department that he and co-workers were preparing to start work around 11:05 a.m. Wednesday near the intersection of 9th and Scott streets when he noticed someone in the bed of his pickup.

That person, later identified as 56-year-old George Bowman, was grabbing beers from a cooler, prompting the workers to run outside and confront him, according to a report.

The construction crew was able to make contact with Bowman, who reportedly threatened to “cut them” before he ran away.

A chase ensued, with the workers running after Bowman to an alley between Main and Scott streets on 8th Street, police said.

“I have a gun and will shoot you,” Bowman said before reaching into his pants, appearing to have a weapon. No weapons were found in his possession.

One construction worker then grabbed the would-be robber and restrained him until officers arrived at the scene, according to authorities.

Bowman was arrested on charges of breaking and entering, robbery and theft of property, records show. He remained at the Pulaski County jail as of Thursday afternoon in lieu of $20,000 bond.