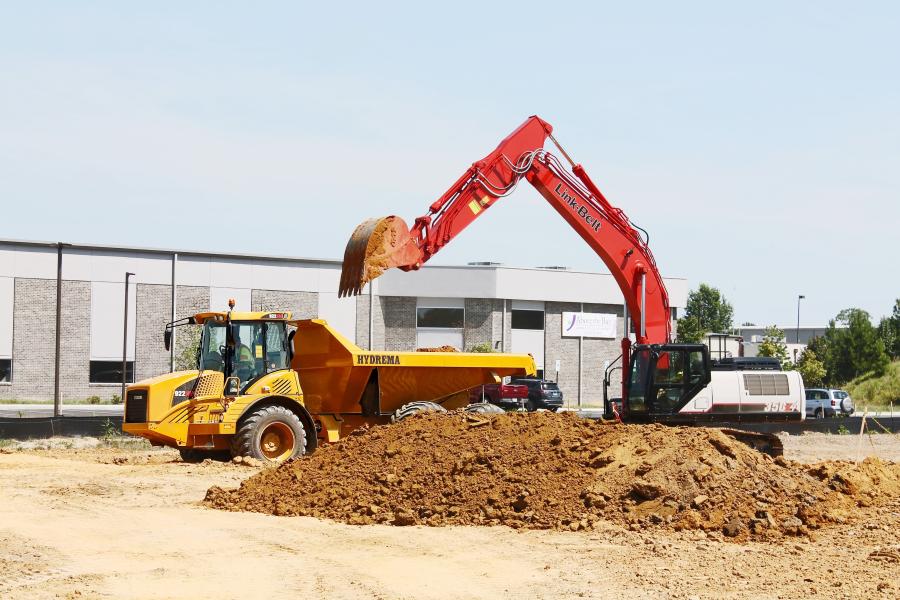 A Link-Belt 350x4 excavator loads up a versatile Hydrema 922FHM, an off-road truck rented by RJ Smith Construction for the project.

For years Link-Belt Mid Atlantic had been in discussions internally about the need for expansion to create more building space. In early 2018, the discussion became a reality and they got together with RJ Smith Construction to work on drawings and designs.

RJ Smith Construction, a local construction company based in Richmond, Va., had been working with Link-Belt Mid Atlantic for years renting equipment for their projects.

RJ Smith Construction began in 1995 as a heavy civil construction company and have since expanded to more diverse areas of the construction business, now offering a full package deal from demolition, recycling and site work to general construction and more. The company has been in rapid growth mode, and as RJ Smith Project Manager Jeremy Setelin says, "We have become a full-service company from a simple idea on a napkin to ‘here's the keys to the business.'"

What RJ Smith now offers is exactly what Link-Belt Mid Atlantic was looking for in their "go-to" company for expansion. 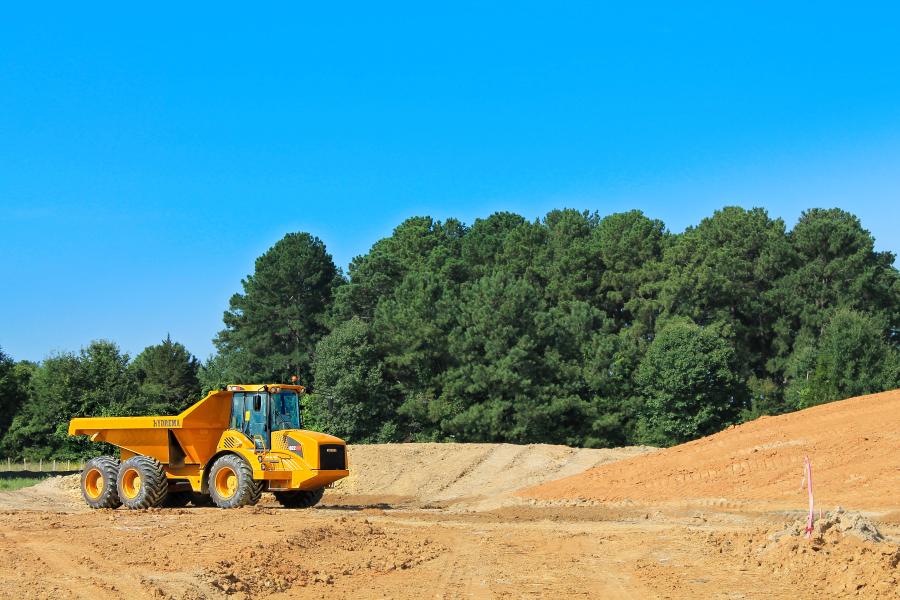 For this building project, RJ Smith rented a Hydrema 922FHM from Link-Belt Mid Atlantic. The Hydrema 922FHM is the perfect fit for this midsized building site, stated Setelin.

"Our operators are very impressed with the 922's capabilities, and in particular the auto tailgate feature, the machine's power and stabilization, the auto lube and the quietness of the machine operation when driven across the job site," Setelin said. "The auto hood for quick oil checks was also another terrific feature for the operators and made for ease of maintenance."

The microphone mounted on the rear of Hydrema's trucks is another feature that RJ Smith operators really enjoyed, according to Setelin. When the operators back the truck up to the excavator, any command to stop or the honk of a horn from the excavator is greatly amplified in the cab, which gives the operator a heightened sense of what's going on to the rear of the machine. This provides yet another level of safety that is not available on many other off-road trucks.

In August 2014, Link-Belt Mid Atlantic officially became a Hydrema dealer, and the line has been helpful in continuing to build the company's revenue, General Manager Dallas Coffey stated. CEG