The largest crowd ever attended The Contractors Association of Will & Grundy Counties (CAWGC) annual Steak Fry on Aug. 22 at St. Joseph's Park in Joliet, Ill. This sold-out event was attended by almost 700 guests. The food, the entertainment, the networking and the weather were all a perfect scenario. The cooks, which are made up of CAWGC members that volunteer each year, worked well together and were able to feed everyone mouthwatering steaks cooked to order in a short amount of time.

Along with the massive networking opportunities, guests enjoyed music performed by Still Kick'n. A bean bag tournament also was held and the first place winners were Patrick Craven of RHL Insulation (who incidentally has won two years in a row) and Bob Upchurch of TMS International. Each received a trophy, cash and bragging rights. Cash prizes also were awarded to the second-place winners, which were Aaron King of Howell Tractor and Chris Parrack of Sterling. A 50/50 drawing also was held, and Gary Adams of Cecchin Plumbing was the big winner.

The CAWGC is a nonprofit trade association with more than 200 members that holds several networking events yearly, which include: A Meet and Greet Expo, summer golf outing and fall golf outing, along with its popular Steak Fry. Members also are treated to a cocktail reception in March as well as a Candidates Night Open House in October. CAWGC proudly donates all proceeds raised to a charity of choice each year. This year's charity of choice is the American Cancer Society, and a check was presented to them at the Steak Fry in the amount of $5,385. 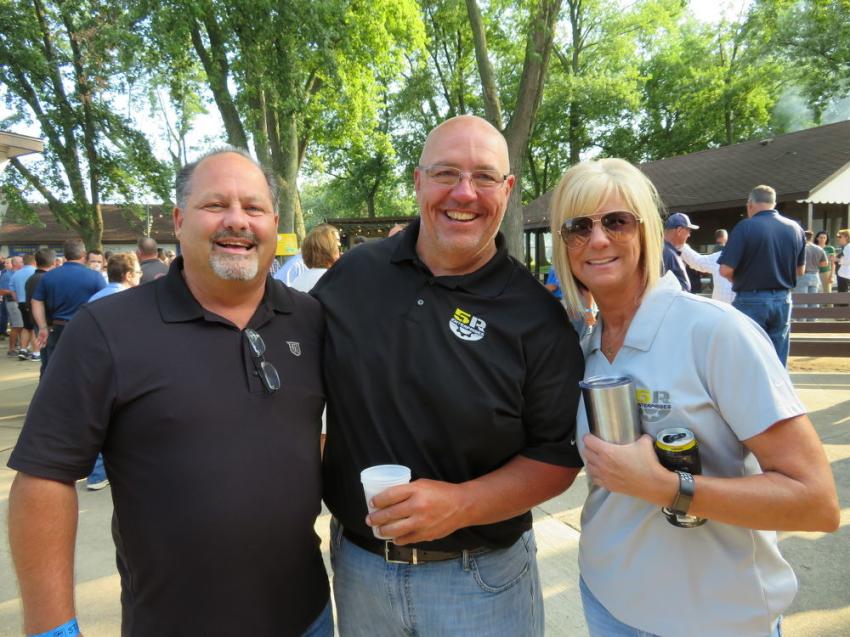 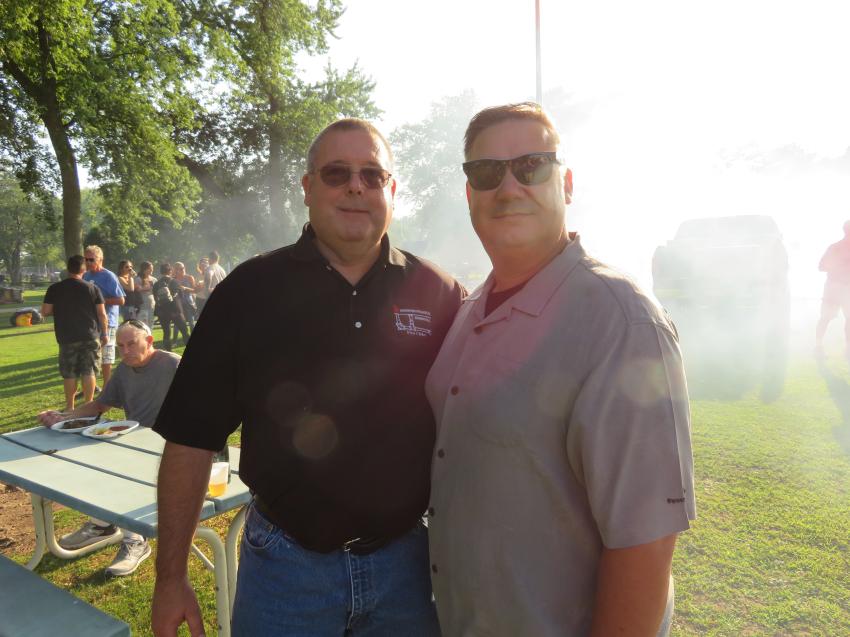 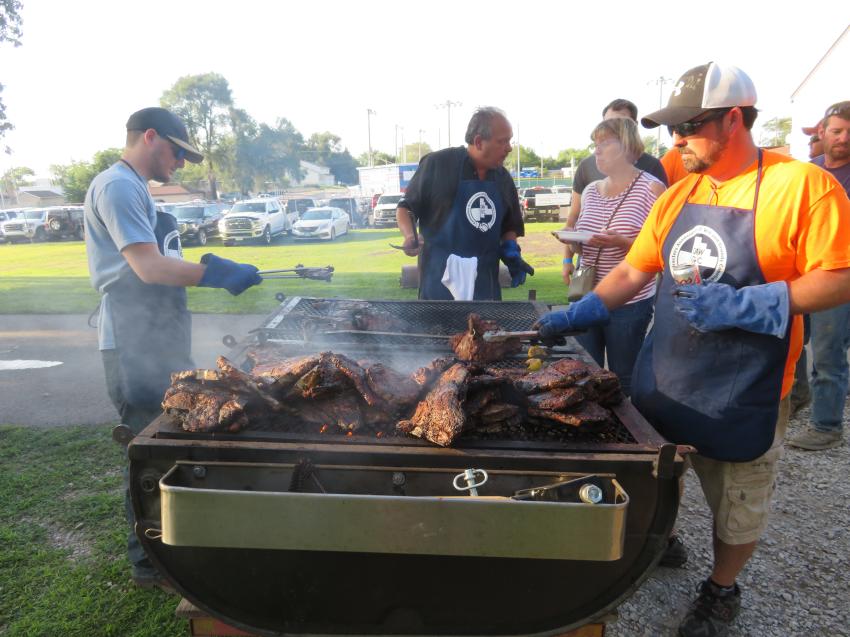 There were over 735 steaks served at the annual event held in St. Joseph’s Park, Joliet, Ill. 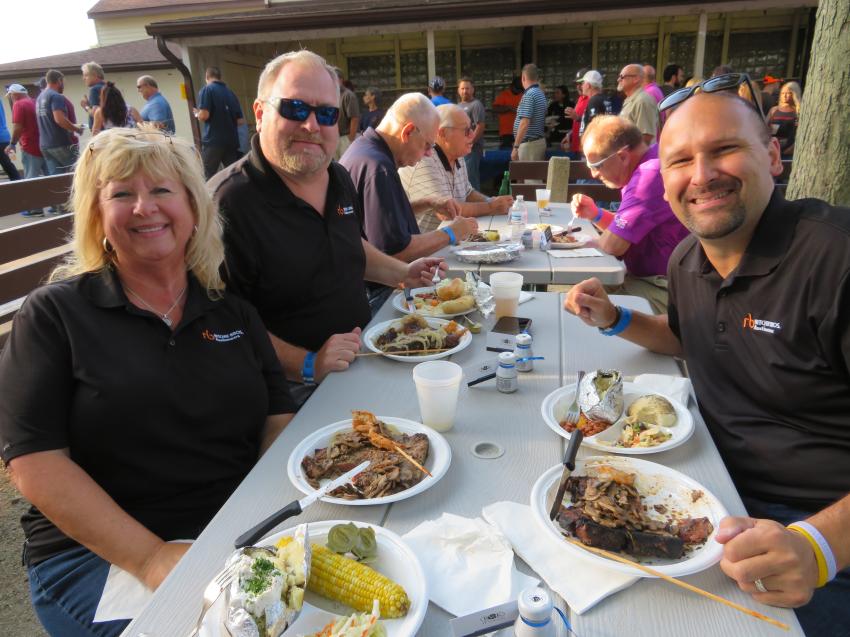 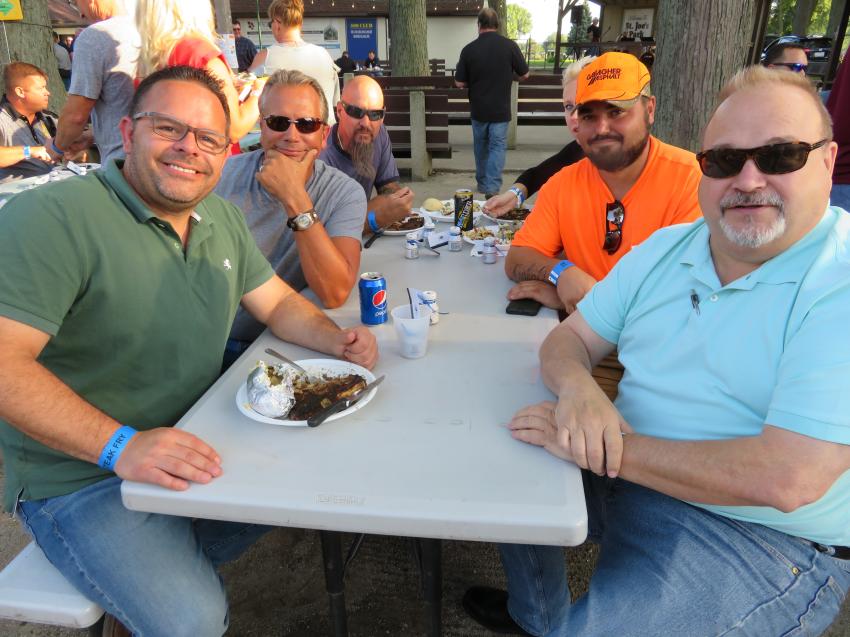 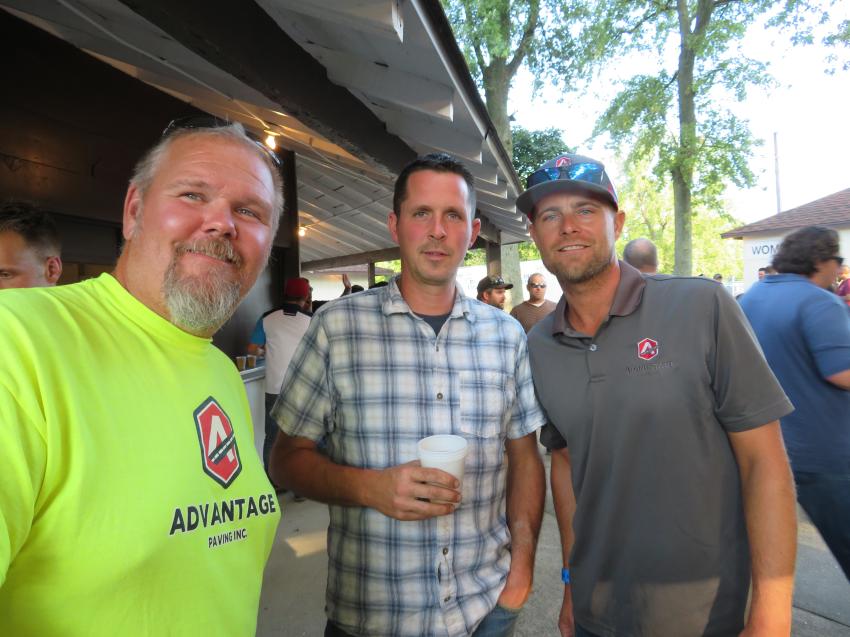 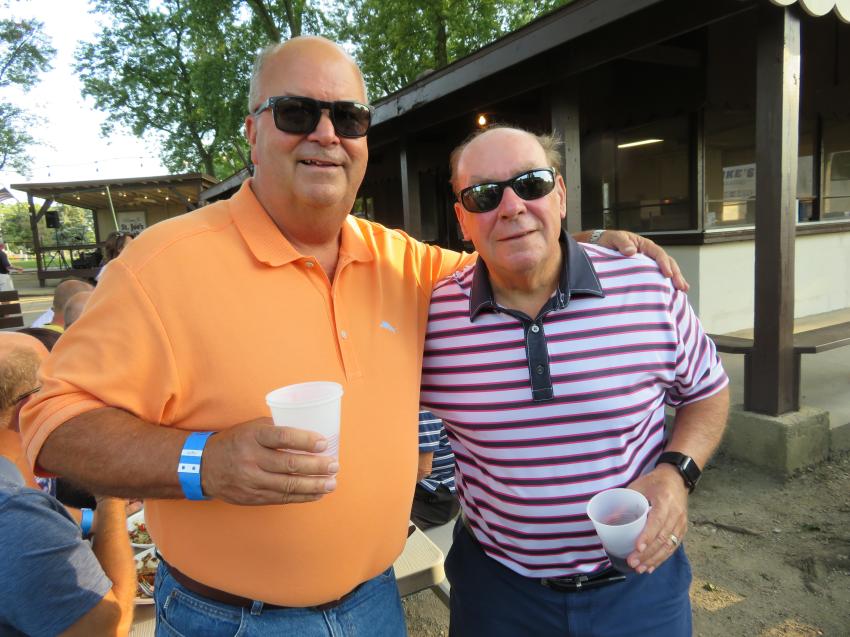 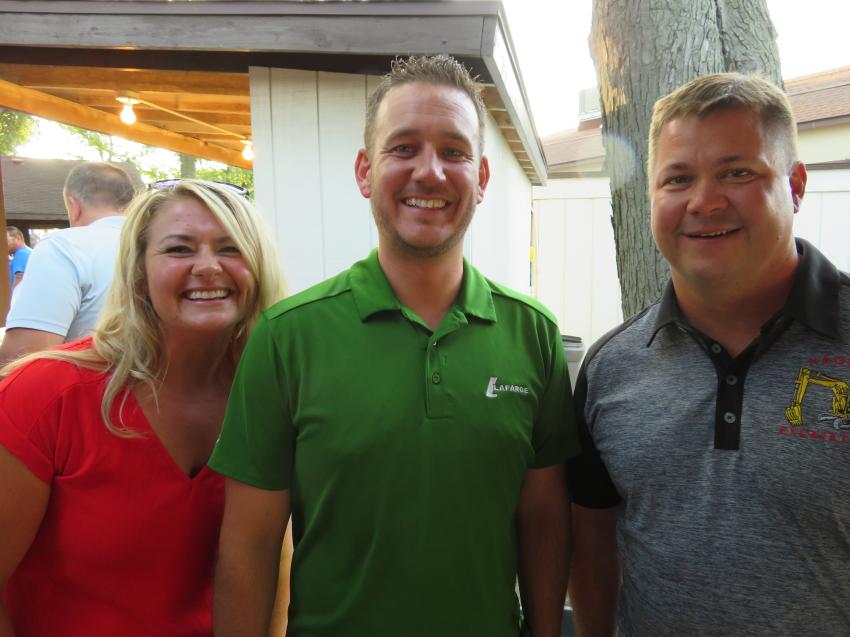 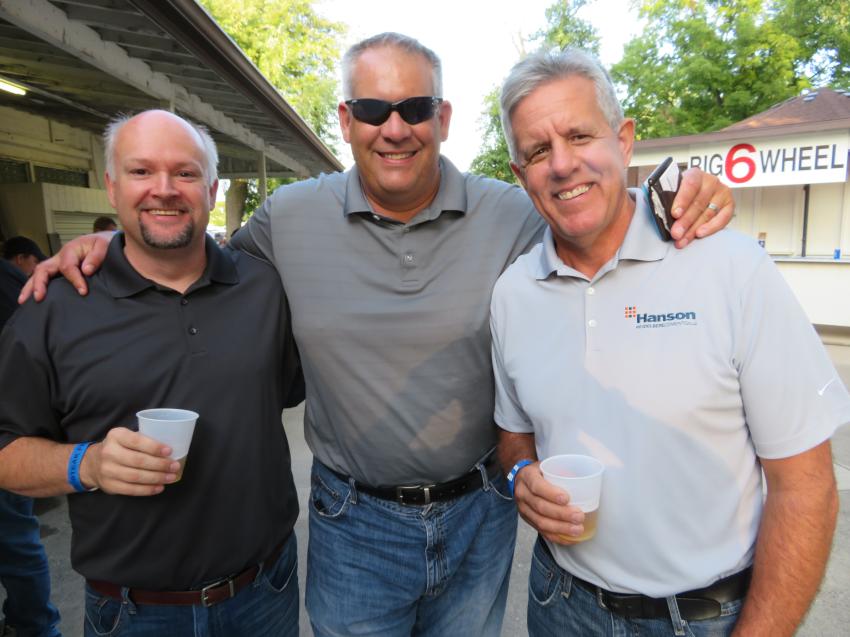 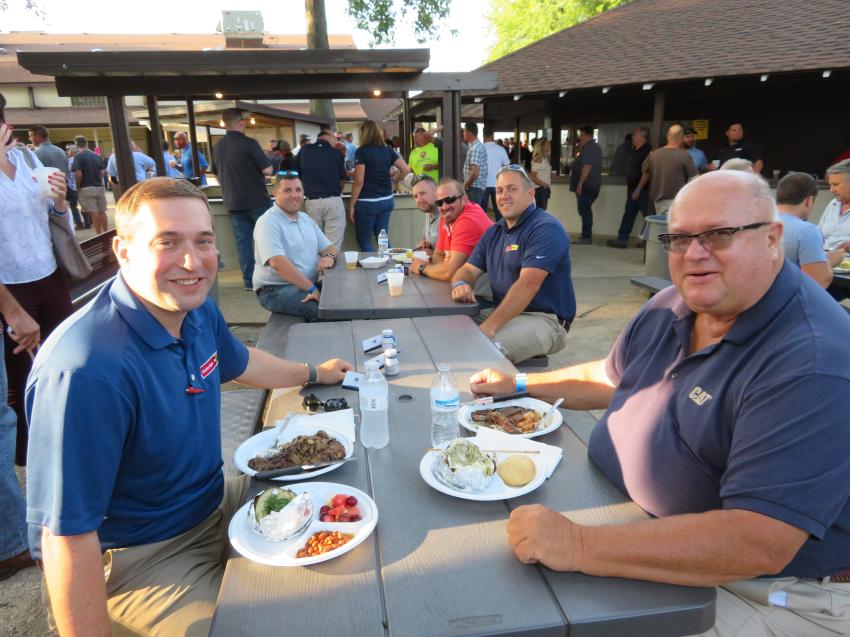 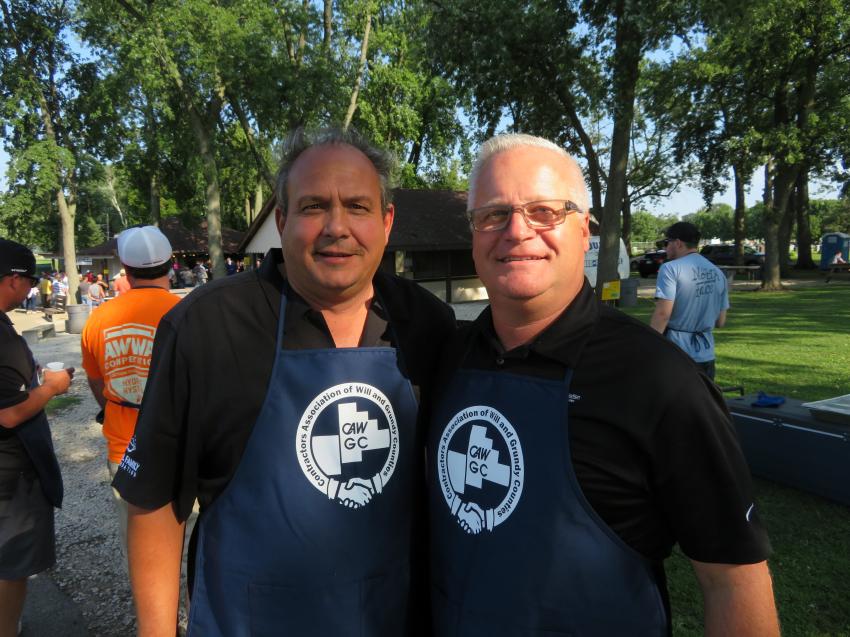 John Young (L) of Seasons Landscaping Inc. (and CAWGC board member) and Steve Costello of McCann Industries, Inc. both have been volunteering as grill masters for more than 22 years at the annual Steak Fry. 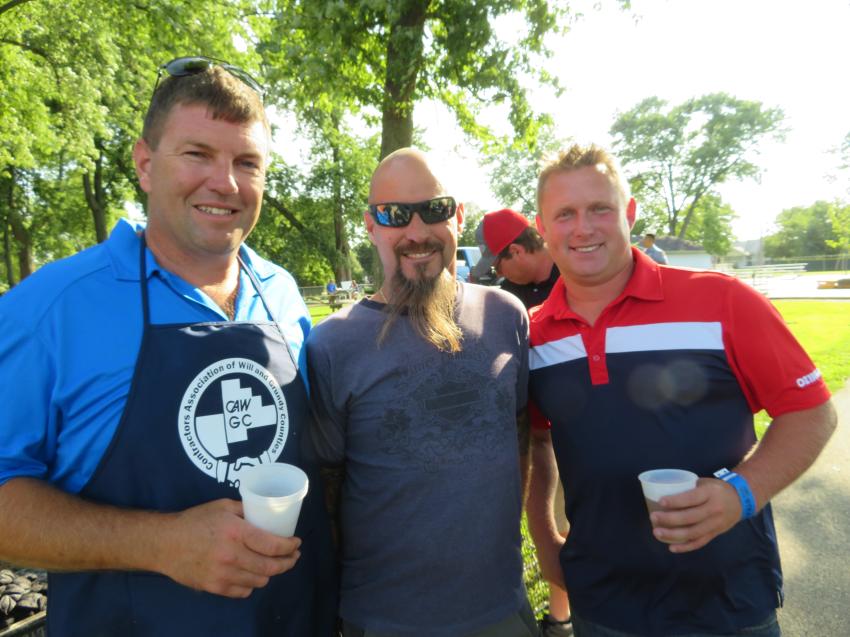 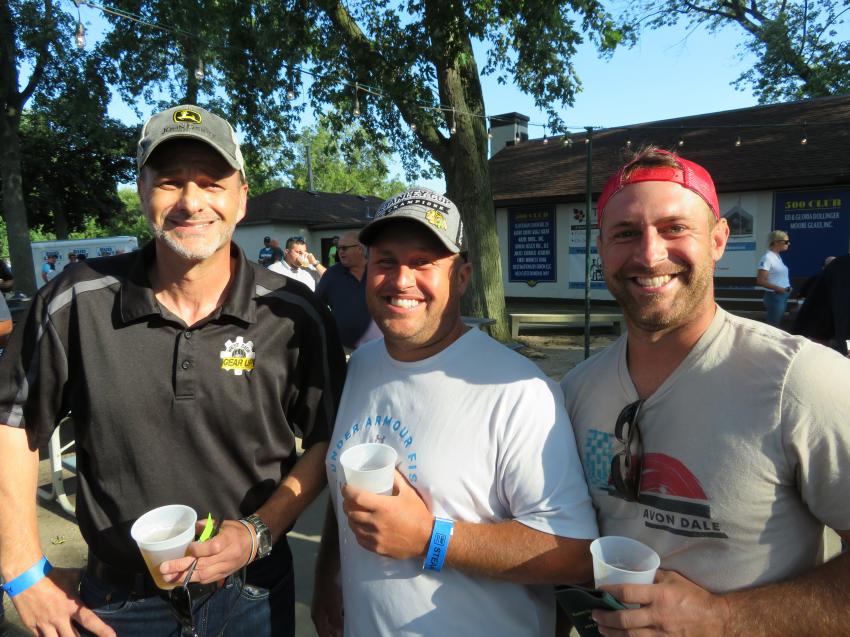 (L-R): Wayne Massad of West Side Tractor Sales Co. is enjoying the annual Steak Fry with Chris and Tyler Lepretre, both of Lepretre Excavating. 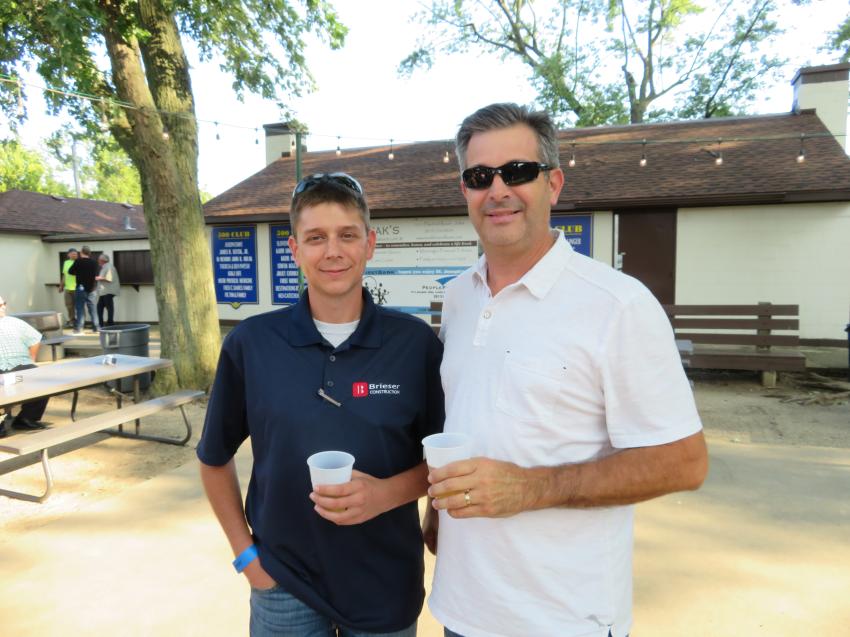 Mike Masulis (L) of Brieser Construction Co. and Eric Rhoda of “D” Construction Inc. take a moment to talk some business in between steaks. 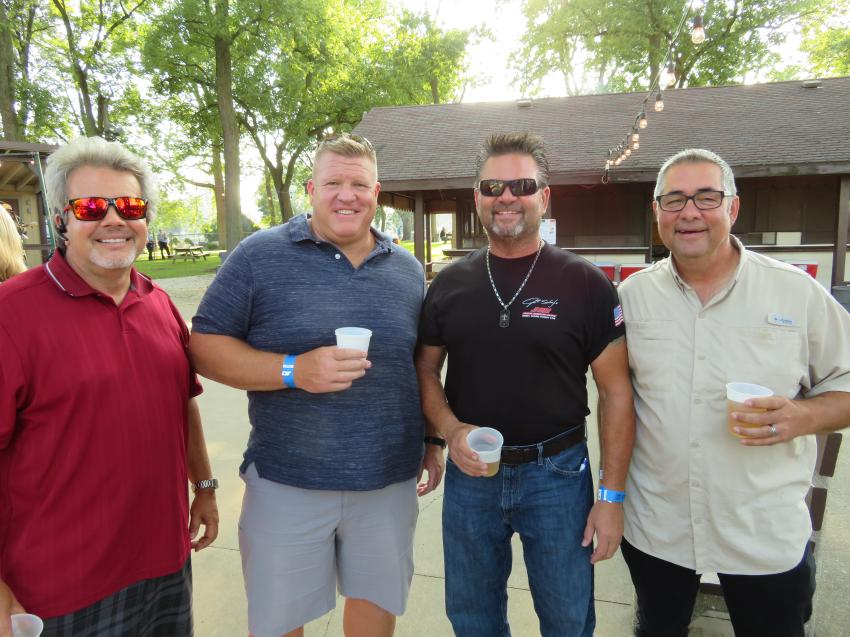 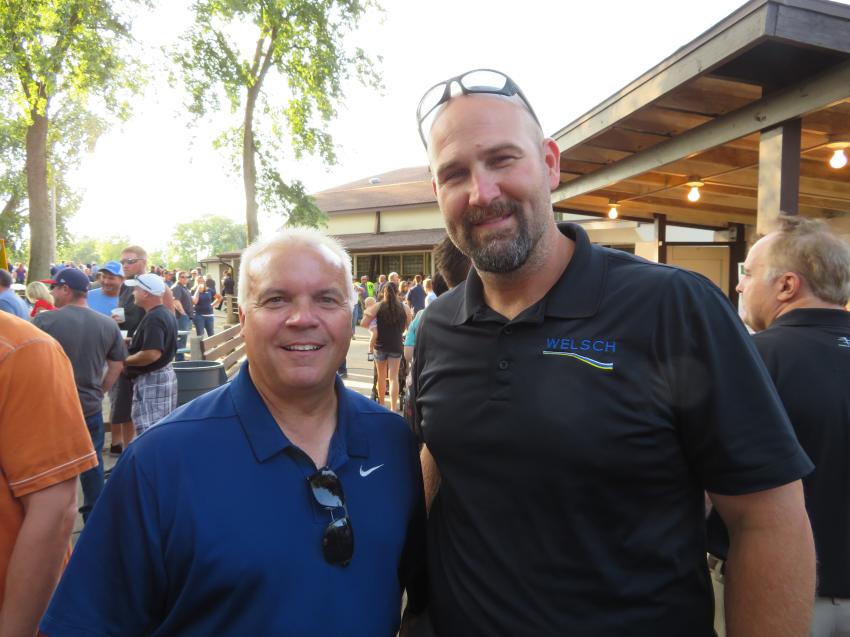 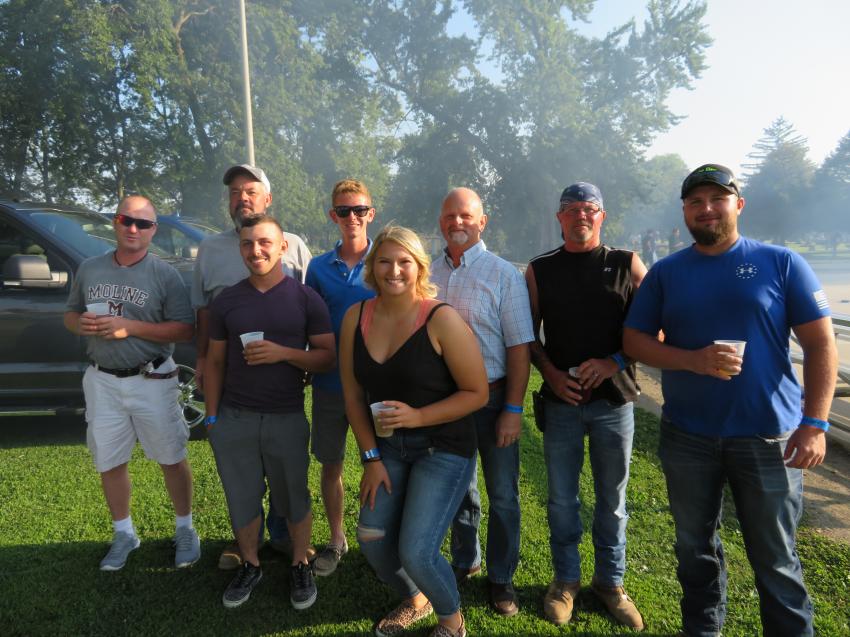 The group from Stip Bros Excavating Inc. having fun at the annual Steak Fry in Joliet, Ill.