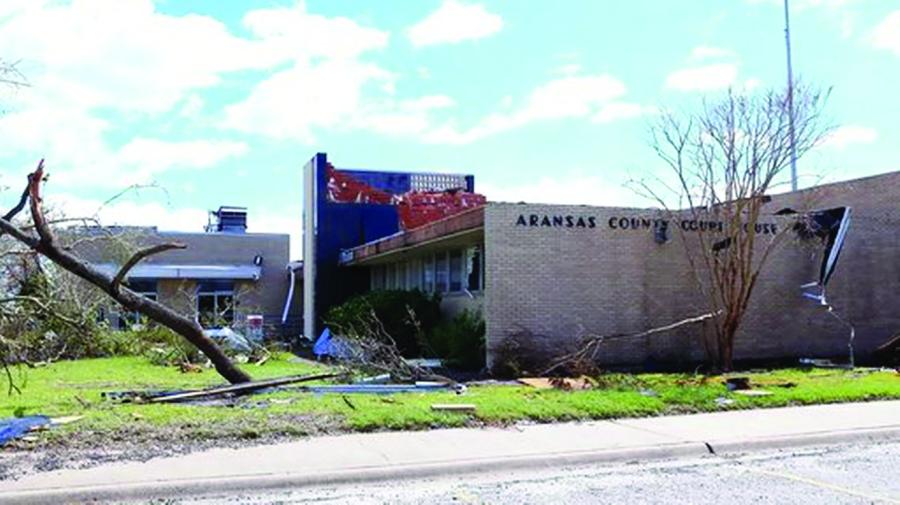 ROCKPORT, TEXAS (AP) Leaders of a South Texas county battered by Hurricane Harvey plan to build a new courthouse to replace the more than 60-year-old structure destroyed by the storm.

The Aransas County Commissioners Court on Dec. 15 approved seeking a request for qualifications for architectural services. It's part of the process to design and build a new courthouse in Rockport, a city of about 10,000 located 30 mi. northeast of Corpus Christi.

Federal authorities determined the courthouse, built in 1956 and recognized by the Texas Historical Commission, was damaged beyond repair. The commission has approved allowing demolition of the building, according to Mills.

“The damage in the courthouse is extensive,” Mills said. “Every room except the district attorney's office section is ruined completely. Some offices have sky light now that they didn't have before.”

County operations have relocated, for now, to various sites across Rockport.

Commissioner Brian Olsen also toured the hurricane-damaged courthouse and had to wear a hard hat, amid safety concerns.

“I can tell you that in the district court itself, the roof caved in there, and then in the court-at-law courtroom as well, and that's where we hold our commissioners court,” Olsen said. “So, it was pretty devastated.”

The cost of the rebuild is unclear, but Olsen said he's hoping Federal Emergency Management Agency dollars and private donations will help.

“We've needed a new courthouse for a long time because this one is a little outdated, and we're running out of room and wiring is old, so we were planning on a new courthouse,” Mills said. “But we didn't quite want it this way. Now we have to have one.”