A federal appeals court opened the door for construction to resume on a small stretch of the four-state Dakota Access pipeline while it considers an appeal by the Standing Rock Sioux Tribe. 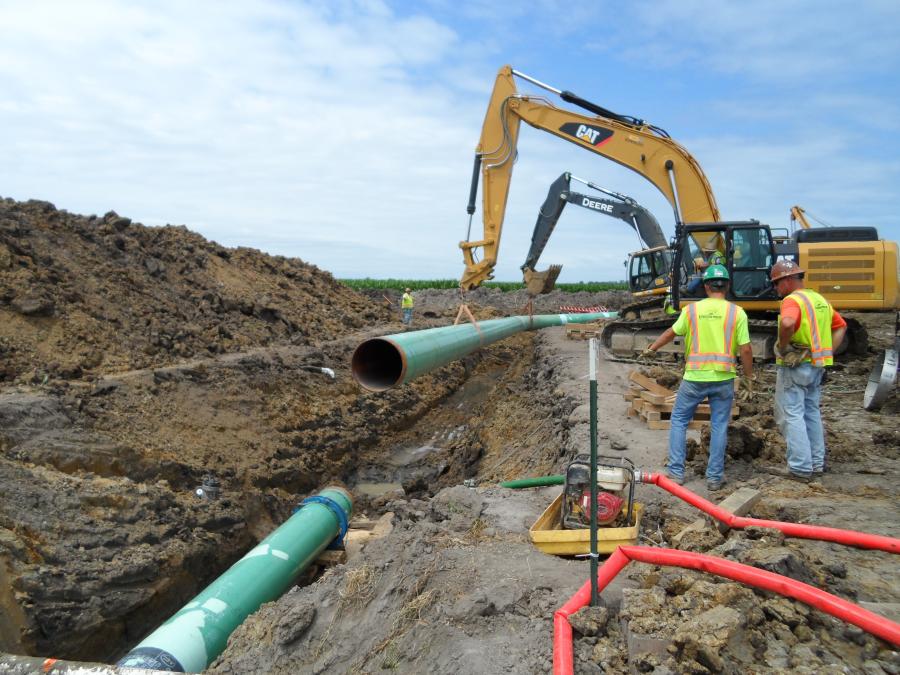 A federal appeals court on Oct. 9 opened the door for construction to resume on a small stretch of the four-state Dakota Access pipeline while it considers an appeal by the Standing Rock Sioux Tribe.

The ruling removed a temporary injunction that halted work on the project.

The tribe had asked the U.S Court of Appeals for the District of Columbia Circuit to continue work stoppage on the pipeline within 20 miles of Lake Oahe in North Dakota. The court earlier ordered work to stop while it considered the motion.

In a statement, Standing Rock Sioux Tribe Chairman Dave Archambault II said that the tribe "is not backing down from this fight."

"We will not rest until our lands, people, waters and sacred places are permanently protected from this destructive pipeline," Archambault said.

The company did not immediately return an e-mail Oct. 9 seeking comment on the court's decision.

The pipeline passes near Standing Rock Sioux reservation land that straddles the North Dakota-South Dakota border. The tribe's protest encampment near the confluence of the Missouri and Cannonball rivers has swelled to thousands at times as demonstrators from around the country joined their cause.

Tribal and state officials also are at odds over whether sacred sites were destroyed while digging the pipeline corridor. The state archaeologist has said an inspection found no sign that the area contained human remains or cultural artifacts.

"I look forward to the workers getting back to work, doing the jobs they need to do Monday morning [Oct. 10, 2016]," the North Dakota Republican said in a statement.

The court hasn't decided on the tribe's appeal of a September ruling by U.S. District Judge James Boasberg, who declined to shut down work on the entire pipeline. He said the Sioux hadn't demonstrated that an injunction was warranted.

Though work may resume, three federal agencies — Interior, Justice and Army — immediately ordered that construction stop on land owned by the U.S. Army Corps of Engineers next to and underneath Lake Oahe as it reviews its permitting decisions.

No timetable has been set for the federal review.