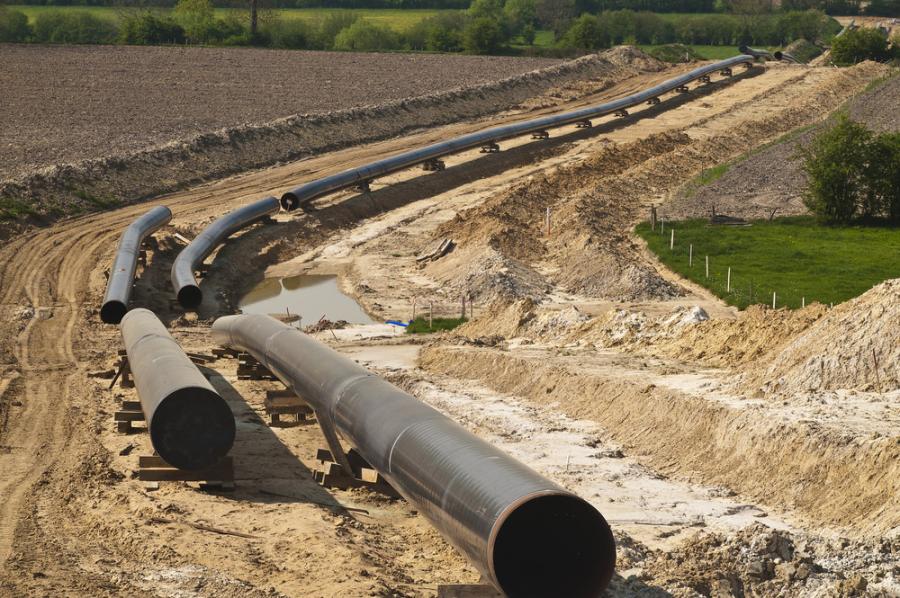 BILLINGS, Mont. (AP) The U.S. Supreme Court handed another setback to the Keystone XL oil sands pipeline from Canada on July 6 by keeping in place a lower court ruling that blocked a key environmental project permit.

Canadian company TC Energy needs the permit to continue building the long-disputed pipeline across U.S. rivers and streams. Without it, the project that has been heavily promoted by President Donald Trump faces more delay just as work on it had finally begun this year following years of courtroom battles.

The recent Supreme Court order also put on hold an earlier court ruling out of Montana as it pertains to other oil and gas pipelines across the nation.

That's a sliver of good news for an industry that just suffered two other blows — the recent cancellation of the $8 billion Atlantic Coast gas pipeline in the Southeast and another ruling that shut down the Dakota Access oil pipeline in North Dakota.

In the Keystone case, an April ruling from U.S. District Judge Brian Morris in Montana had threatened to delay not just Keystone but more than 70 pipeline projects across the U.S., and add as much as $2 billion in costs, according to industry representatives.

But the Trump administration and industry attorneys argued the permit, in place since the 1970s, was functioning properly when it was cancelled by Morris over concerns about endangered species being harmed during pipeline construction.

The corps suspended the program following Morris' April ruling. Agency officials could not be immediately reached for comment.

TC Energy spokesman Terry Cunha said the company is not giving up on Keystone, but it will have to delay large portions of the 1,200-mi. (1,900-km) oil sands pipeline. The company started construction last month on a 329-mi. (530 km) section of the line in Alberta. That work will continue while the company wages its court fight in the U.S., Cunha said.

An attorney for one of the environmental groups involved in the case called the recent order a major victory in the fight against Keystone. But he acknowledged the plaintiffs had hoped to hamper oil and gas projects nationwide.

"Our focus was originally on Keystone, so we're very happy the court order ensures it can't move forward under this unlawful permit," said Jared Margolis, an attorney with the Center for Biological Diversity.

Pipeline industry representatives said the order means thousands of workers whose jobs were threatened can continue working. A coalition of 18 states had backed the Trump administration in the case.

The order returns the case to the U.S. 9th Circuit Court of Appeals for further consideration.

Keystone was proposed in 2008 and would carry up to 830,000 barrels (35 million gallons) of crude daily to Nebraska, where it would be transferred to another TC Energy pipeline for shipment to refineries and export terminals on the Gulf of Mexico.

TC Energy's surprise March 31 announcement that it intended to start construction amid a global economic crisis caused by the coronavirus pandemic came after the provincial government in Alberta invested $1.1 billion to jump-start the work.

The company finished building the first piece of Keystone XL across the U.S. border in late May and started work on labor camps in Montana and South Dakota.