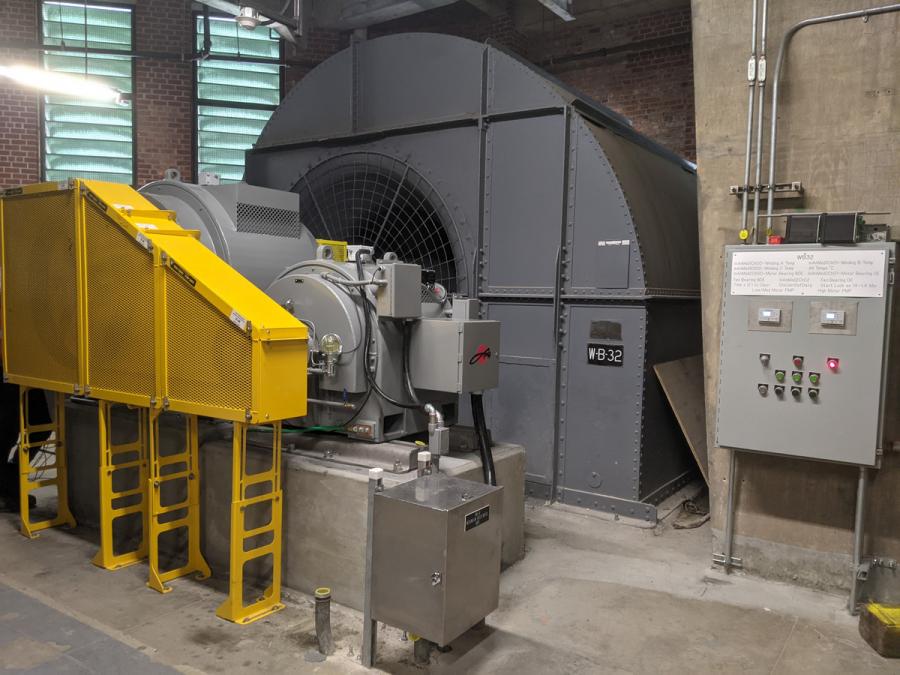 COWI and CHA were contracted to provide expert quality oversight and coordination of new ventilation and fire systems, including advanced smoke detection and communication systems in the tunnels.

COWI in joint venture with CHA Consulting Inc. (CHA) as the owner's engineer, provided quality oversight to support the Triborough Bridge and Tunnel Authority (TBTA) in the completion of five design-build contracts worth $123 million to rehabilitate the Hugh L. Carey and Queens Midtown Tunnels in New York.

Together the Hugh L. Carey (HLC) and Queens Midtown tunnels accommodate approximately 128,000 vehicles per day and are vital to commuters and visitors traveling into Manhattan. Both tunnels are more than 70 years old, and the Hugh L. Carey is the longest continuous underwater vehicular tunnel in North America.

Environmental events such as hurricane Sandy have had devastating effects on New York and its transport infrastructure, highlighting the need for advancement in design and technology. COWI and CHA were contracted to provide expert quality oversight and coordination of new ventilation and fire systems, including advanced smoke detection and communication systems in the tunnels. All upgrades were completed on budget during the pandemic and on-time without closing the tunnels to traffic.

Steven Kramer, senior vice president and project director of the project at COWI, said "This project was very close to home for our engineers, most of us have used these tunnels and know how vital they are to the ecosystem of New York. Working on such a deep-rooted part of our transport network can be challenging but our proactivity and collaboration with construction partners provided a design-build model that offered significant cost and schedule reductions."

The project included the design and construction of a water mist fire suppression system prototype within the HLC tunnel, the first of its kind to be installed in North America. The team was able to implement this through its collaboration between designers and contractors with knowledge of local codes, vendors and skilled tradespeople.

The existing fire suppression system relied on the Fire Department of New York response, which could be impacted by traffic disruptions associated with a fire in the tunnel. The upgraded technology now protects the traveling public and provides additional protection to the tunnel infrastructure from fire damage.

"Safe and reliable infrastructure is essential to New York City and CHA thrives on collaborating with partners like COWI to deliver solutions that allow the city to prosper. This was a complex project and the team involved was top notch." said Lee Ecker, senior vice president and highway & rail business practice leader at CHA.