Crane Operator Gets a Bird's Eye View of the Community 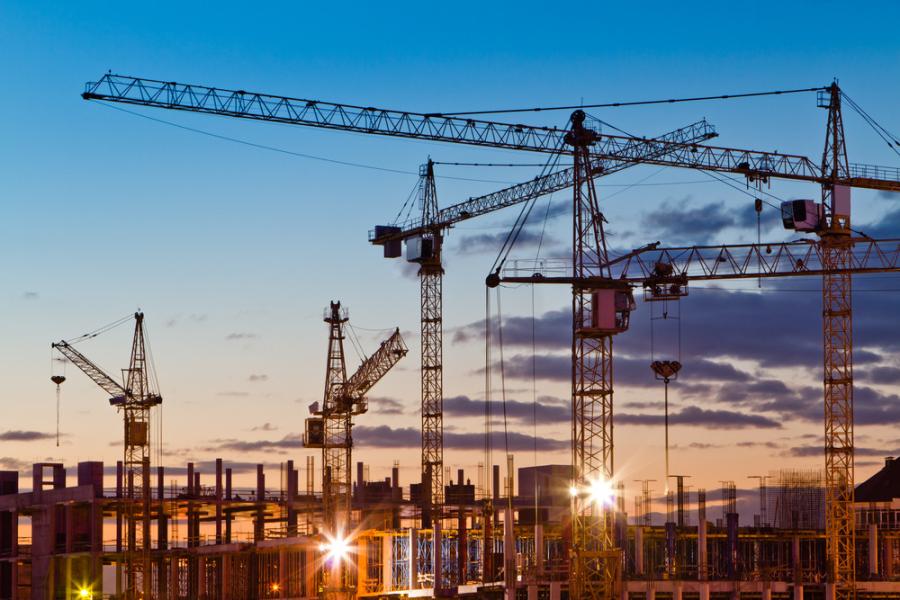 LYNN, Mass. (AP) Towering 162 ft. above the ground and painted red, the place where Scott Callahan goes to work every day has dominated the city's skyline since mid summer.

Callahan operates a crane being used to build Procopio Enterprises Inc.'s apartment construction project underway between Oxford and Munroe streets. To reach the crane's operator's cab, Callahan climbs 11 ladders mounted one above the other and encased in metal safety cages every workday shortly after 6:30 a.m.

He shoves his 6-ft. 6-in. frame through a hatch atop the crane and climbs into the 4-ft. by 8-ft. cab with its panoramic view of Lynn and points beyond where he spends the day.

A Maine native, Callahan, 60, has operated cranes since 1981. His grandfather started a crane company in Mechanic Falls, Maine, that was eventually sold, but not before Callahan started working high in the sky.

Crane jobs have taken Callahan around the country. He worked Boston's Big Dig project and helped build power plants. A Las Vegas job put him 430 ft. off the ground working a crane on a high-rise construction project.

An International Union of Operating Engineers Local 4 member, he earns $62 an hour.

The Munroe Street project will require his skills for about eight months. Seated in his cab, Callahan uses two joysticks to manipulate the crane. The crane's boom or horizontal section is more than 200 ft. long and outfitted with a hook that Callahan manipulates along the boom's length. He lowers and raises it to lift up to four tons of construction material into place. Workers on the ground communicate with him by radio.

It takes Callahan 10 minutes to climb to his cab. On the way up he pauses to examine pins and joints at intervals on the crane tower to make sure nothing is amiss with the giant structure. After he climbs through the hatch, he walks along the boom's back section to conduct a similar inspection.

Big generators power the crane, including one running the lights mounted on the boom and required under Federal Aviation Administration regulations.

Once he is seated in the cab, Callahan stays there until quitting time rolls around at 3 p.m. That feat of bladder endurance requires planning.

"You lug a bottle of Gatorade up. You drink it. You use it. You lug it down. The money's good but the logistics suck," he said.

He has known feast and famine as a crane operator. He was out of work "an hour" before landing a job in Las Vegas. But he has also known what it is like to go months without work. Callahan lives in Windham, N.H., with his wife, Katreena, and their son, Alexander, and daughter, Sabrina.

His children have joined him for lunch on a job site when he is operating cranes equipped with hydraulic lifts that lower the driver to the ground. He admits to occasionally getting lonely working high above the world. But he is inspired by how the crane responds to the touch of his hands to move tons of metal.

"To me, there is an element of art. Every time I pick something up, I try to be a little smarter than I was before. I am always trying to do it better,” he said.