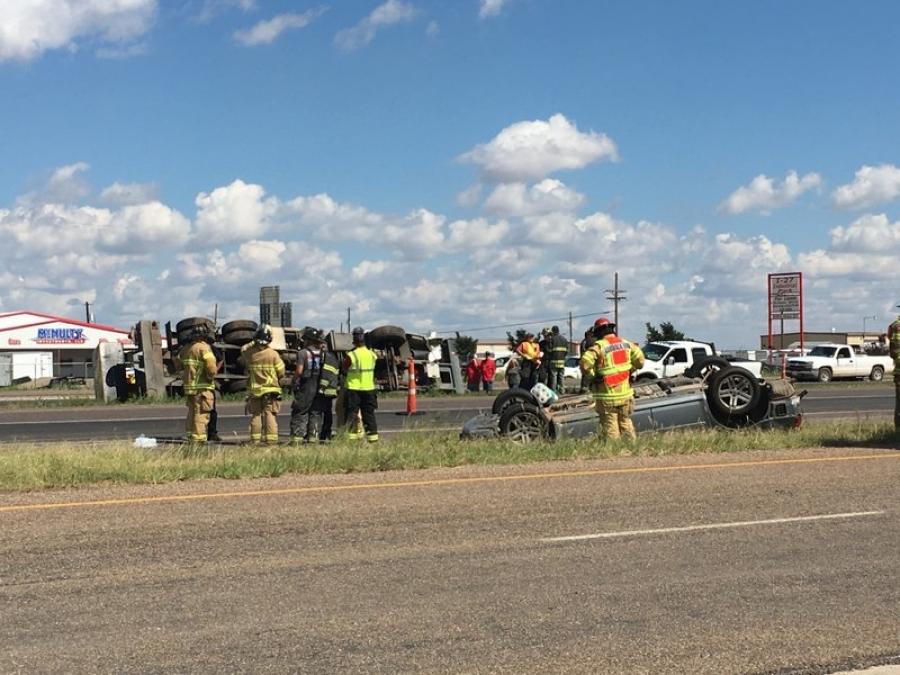 The crane took evasive action to avoid the Dodge Magnum, but still collided with the car. The crane went on to the center median and flipped onto its side. (Photo Credit: KCBD)

The Texas Department of Public Safety was called out to a two-vehicle crash around 4 p.m. Aug. 2 on Highway 87 just south of 82nd Street in Lubbock, TX.

A crane truck was southbound on U.S. 87 and a Dodge Magnum passenger car was merging off the service road onto U.S. 87

DPS says the car failed to yield right of way as it was merging.

The crane took evasive action but still collided with the car. The crane went on to the center median and flipped onto its side.

There were two adults traveling with three children inside the Dodge Magnum.

All occupants of the Dodge were transported to UMC:

Victoria Williams received citations for driving while license invalid and failure to yield right of way.

The crane driver, Morton Watley, 74 of Lubbock was also taken to UMC.

All had non-incapacitating injuries.