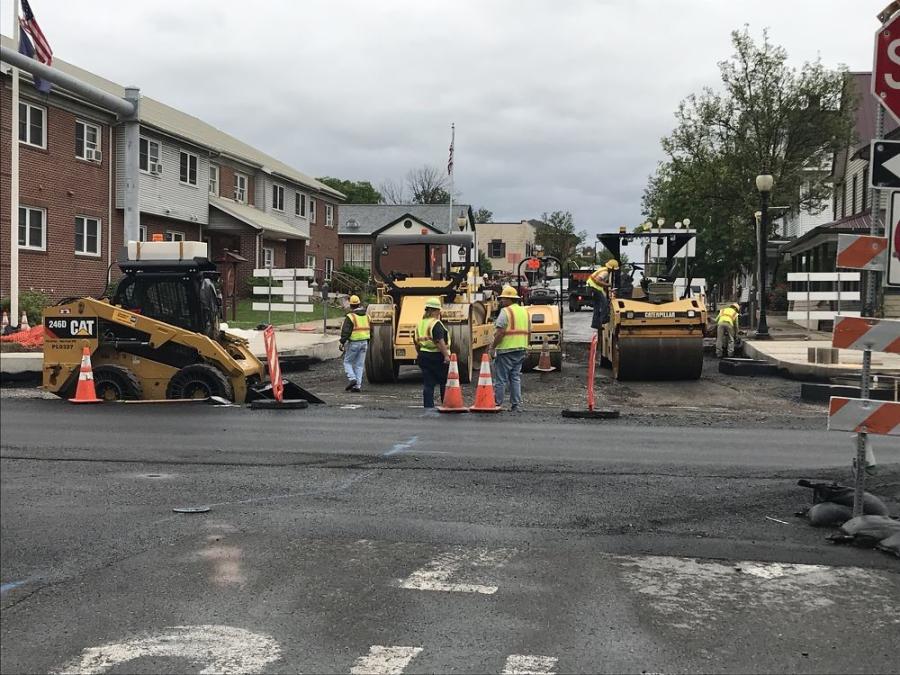 The Northumberland Project, a road reconstruction job, was launched in June 2016 to address several issues, including lengthening the turning lanes to increase storage capacity and reduce congestion and pollution in the borough.

It's a familiar story across the country as our aging infrastructure deteriorates under increasing traffic loads. In the Borough of Northumberland, the underlying structure of PA 147 and U.S.11 consisted of brick or cement concrete installed during the 1920s and 1940s, according to Maggie Baker, PennDOT spokesperson.

"The brick and concrete pavements under the asphalt pavement were in poor condition, having long exceeded their service life," she said.

There were additional issues, such as flooding, sidewalk intersections that weren't handicap accessible and the difficulty large vehicles had in making turns because of the tight turning radii.

"Large vehicles would often traverse over the curb onto the sidewalk when making those turns," Baker added.

This posed several concerns with safety among them.

The Fix Is in

The Northumberland Project, a road reconstruction job, was launched in June 2016 to address several issues, including lengthening the turning lanes to increase storage capacity and reduce congestion and pollution in the borough; expanding the turning radii at the signalized intersections to permit vehicles to stay in their lanes, reducing conflict with through lanes as well as reducing the likelihood of vehicles climbing over curbs and jeopardizing pedestrian safety; adding ADA ramps to make sidewalks handicap accessible; and upgrading existing pipes, inlets and curbs to improve drainage and reduce flooding. 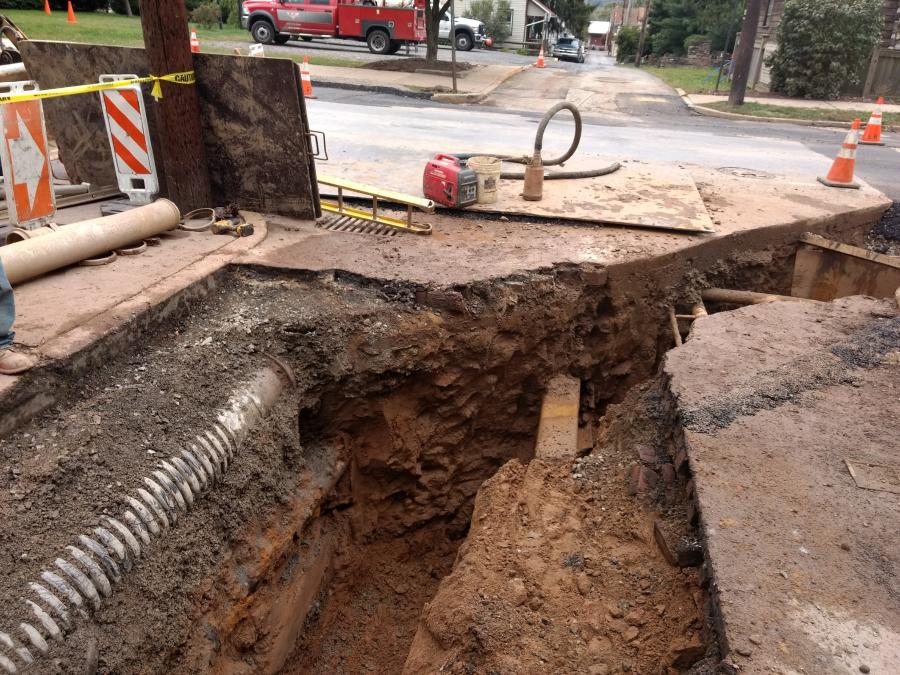 "The project addresses queuing by extending a left turn lane at the intersection of Duke and Water Street," Baker said.

The complete reconstruction of PA 147 and U.S. 11 within the borough will provide high-quality, durable pavements for years to come, according to Baker. The reconstruction encompasses Duke Street (PA 147) from 8th Street to Water Street (U.S. 11); Water Street (U.S. 11) from the Norfolk Southern Railroad bridge to King Street; King Street (both PA 147 and U.S. 11 SB) from the North Branch Susquehanna River bridge to Front Street; and Front Street (U.S. 11 SB) from King Street to the merger point of U.S. 11 northbound and southbound lanes near the Borough limits.

Work on U.S. 11 (Water Street) from the Norfolk Southern Railroad bridge to the West Branch Susquehanna River bridge was performed under a separate contract in 2019 in coordination with this project.

The $13.7 million project — paid for with both state and federal funding — is approximately 85 percent complete, with crews belonging to 22 different subcontractors on site at various times.

"The work schedule [has] varied, depending on the phase," Baker said.

Some work is being performed in the evening. Some phases have work 24 hours per day. Some work is performed on weekends. Various utilities have had crews working throughout the project.

"The schedule was developed to minimize impacts to residents, businesses and the traveling public," she added. "The prime contractor [has] also had various crews working at different locations throughout the project."

Prime contractor New Enterprise Stone & Lime Inc., based in New Enterprise, Pa., brought in pavers, rollers, a variety of excavators, loaders, skid steers, dump trucks, Gradalls, backhoes, trucks, survey equipment, graders, light plants and other equipment. The most unusual piece of equipment, Baker said, is the three-wheel roller that was used as the break-down roller for paving, due to a "no vibration" clause in the contract.

Materials used on the reconstruction project include:

"The subgrade was very unstable under the existing roadway," Baker said. However, she added, an underground utility was located close to the bottom of the pavement package. Geocell filled with aggregate was used to strengthen the subgrade prior to paving in many locations throughout the project where typical undercuts with geotextile and rock backfill were not feasible due to the depth between the top of the utilities and the bottom of the pavement. "Underground utilities were often in conflict with the proposed roadway drainage."

Coordinating work schedules between the contractor, so many subs and the utilities was challenging while working in "short work areas," Baker said. "Communication was key to the success of the project."

Project updates were communicated via:

Meetings between PennDOT, the contractor, subcontractors, utility companies and the designers were held weekly during construction season and bi-weekly on the off-season to ensure schedules were met and issues were resolved promptly.

Meetings also were held with local businesses and the community at large.

"This project included a significant amount of community involvement, particularly with respect to how traffic would be maintained during construction," Baker said. "Many of the phased detours sent traffic from two different traffic routes onto local streets."

One lane of traffic in one direction has been maintained during work on Water Street, Front Street, and King Street from the Packers Island Bridge to Priestley Avenue. Trucks longer than 36 ft., excluding local deliveries, are being detoured around and outside of Northumberland Borough, while cars during Duke Street construction are being detoured to roads within the borough.

One of the biggest challenges includes maintaining access to businesses during construction. Temporary signs were installed to direct patrons to local businesses.

Through numerous meetings with local officials and community advisory participants during the design phase, a 15-phase plan with additional sub-phases was agreed upon to minimize the impacts to the community and businesses. The department even committed to a week-long shut-down of construction activities during an annual community event.

"Although not all members of the community were pleased with the project initially," Baker said, she believes that "they will appreciate the final results."

They don't have much longer to wait to see those results, as the project is on schedule for a June 2020 completion. CEG 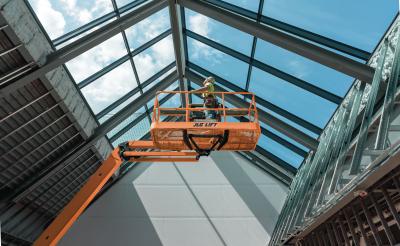