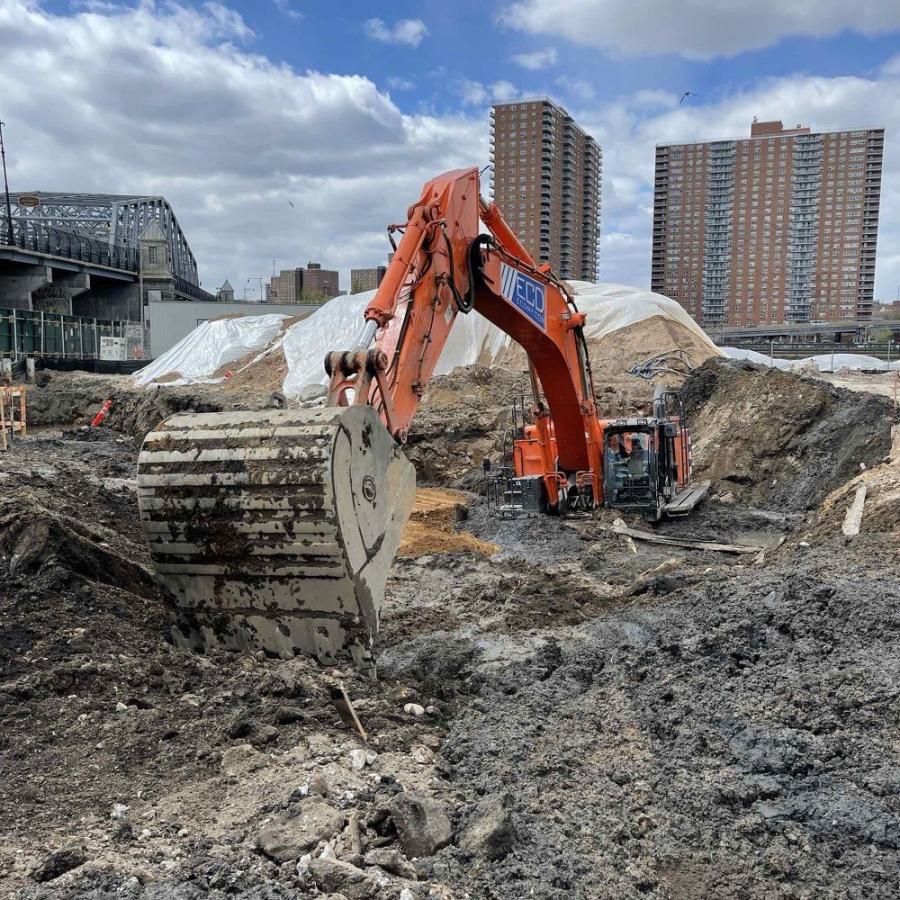 The property was a paved, vacant site for decades, having served as a lumber yard and sawmill, coal yard and railroad freight yard. (Sylvester Zawadzki photo)

Designed to acknowledge and preserve the history of the genre's past, present and future, New York's Universal Hip Hop Museum (UHHM) will "inspire, empower and promote understanding" when it opens in the South Bronx in 2024. 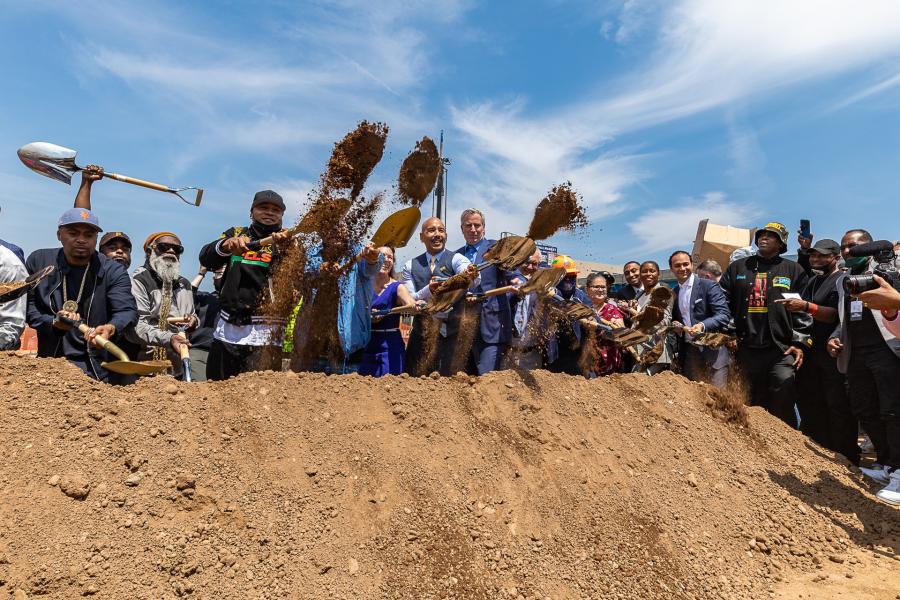 "This has been a long time in the making," said Bronx Borough President Ruben Diaz Jr., a self-described student of hip hop, who bought his first record, Run-DMC's Rock Box, in 1983. "The negotiations and conversations had been there for a while. With all the plans, it's been an emotional roller coaster. Now, to secure our space as the birthplace of hip hop is difficult to put into words."

The new museum will be located on the ground floor of Bronx Point, a two-phased, $349 million development along the Harlem River. The 25-story building will include affordable housing and 2.8 acres of public open space.

The 52,000-sq.-ft. museum will include a 300-seat theater for performances and demonstrations. Diaz allocated $4.2 million from his city budget to support the museum's capital campaign.

"This project checks so many boxes, from economic development to housing to job creation," said Diaz. "We can provide a permanent home for the museum, and take care of people by giving them a roof over their heads. Recognizing the poor, minorities, the working man — these are the same issues hip hop addresses."

In addition to giving the local economy a boost by creating construction jobs and long-term employment, the museum is expected to increase tourism, attracting visitors from across the globe.

"The May groundbreaking ceremony was amazing," Diaz said. "It was a time to celebrate hip hop for all that it is. It was one of the top three most joyous days of my borough presidency. It was truly a religious experience."

Rocky Bucano serves as the executive director of the museum, currently located in Bronx Terminal Market. The new space will feature hip hop artifacts, a DJ booth, a graffiti station, a recording studio experience and a virtual reality theater developed in partnership with Microsoft, which contributed $5 million to the space.

"This project would not be where it is today without the support of our city and state elected officials," Bucano told reporters. "They were the first ones to the table. This project means so much to so many people."

Bronx Point is being developed by L+M Development Partners and Type A Projects. 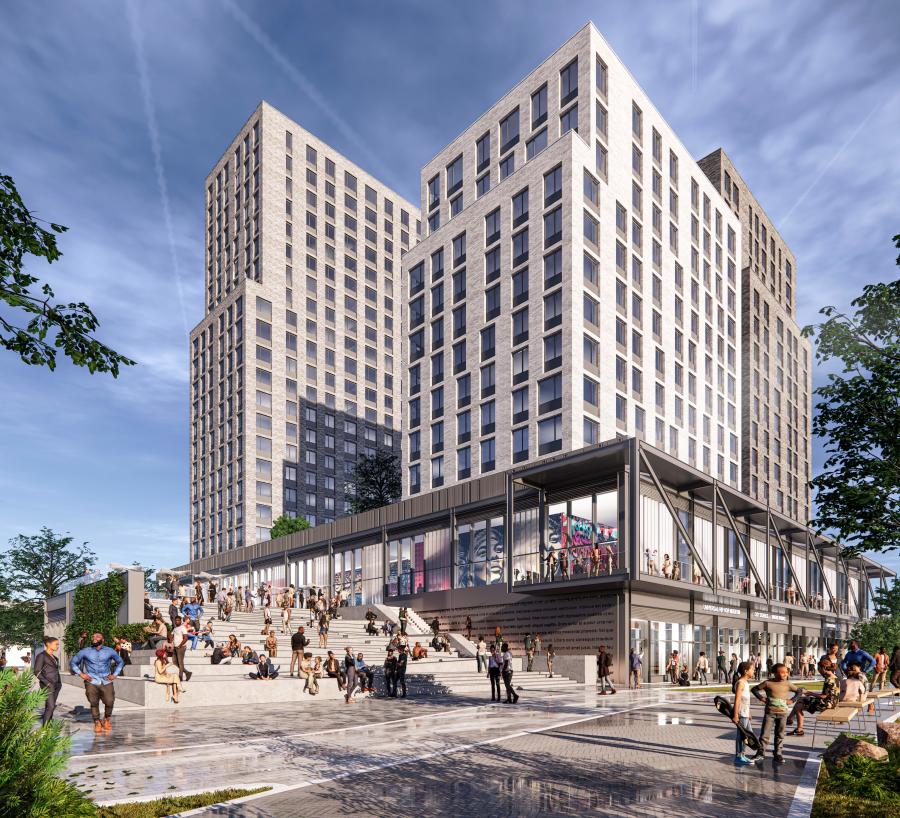 The project is not, however, without its share of challenges.

"One of the biggest is coordinating with the many state and city agencies that have project oversight, as we need to ensure that the project is adhering to all requirements. One example is our current remediation effort. The site is part of the state's Brownfield Cleanup Program [BCP], which requires remediation oversight by the New York State Department of Environmental Conservation [NYSDEC]. Ensuring NYSDEC requirements are being met for disposal of contaminated materials and import of clean materials has been challenging, due to the many strict requirements of this project.

"Another example is collaborating with the agencies that have jurisdiction over the various public structures that surround the site. The project site is adjacent to the Major Deegan Expressway on the east side, the 145th Street Bridge on the south side, Mill Pond Park on the north side and the Harlem River, as well as a state-owned railroad track on the west side that's being utilized by a private operator for freight transportation. Working with the various agencies that manage and operate these structures has been challenging, as it requires a lot of pre-planning and coordination to prevent delays on the project."

The property was a paved, vacant site for decades, having served as a lumber yard and sawmill, coal yard and railroad freight yard.

"The project site area is over 300,000 square feet, which allowed us to bring multiple excavators to dig and move dirt around, and temporarily stockpile soil on the site. The site is also big enough to start grading areas outside of the building footprint, after all underground utilities and structures were installed and backfilled. We estimate about 40,000 cubic yards of material removed off site."

Foundation work will be completed in early fall 2021. Superstructure will start at roughly the same time and is expected to top out in spring 2022. First occupancies are expected in fall/winter 2023.

Along with excavators and other heavy machinery, crews will be using a Potain tower crane to build the structure. Main materials include concrete, steel, brick and glass for the building structure. Wood, vinyl, paint and aluminum will be used for the interior.

"And there will be multiple trades working on the site simultaneously," said Amarosa. "Keeping the job site safe for all workers is always our primary concern." 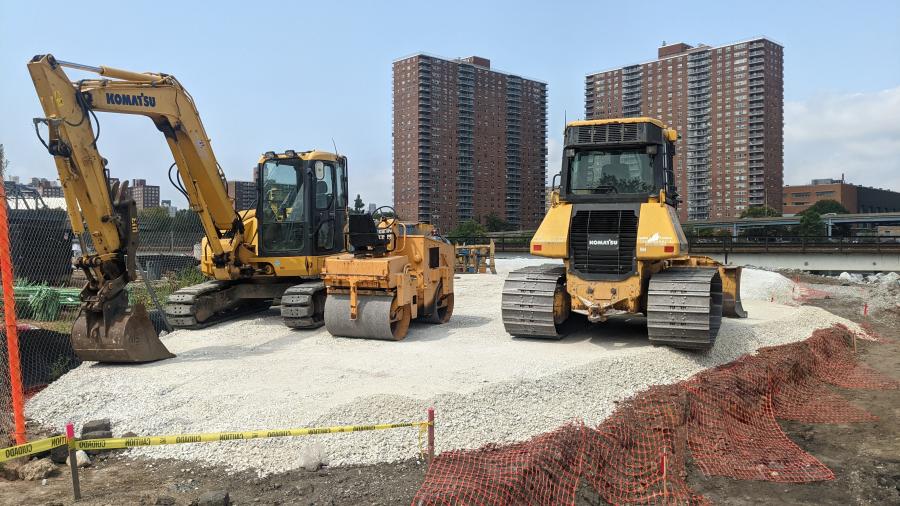 Managing and coordinating with design consultants and contractors to ensure that the documentation and information needed to build the job is reviewed and approved on a timely basis will be the most time-consuming part of the project, which will be a unique destination in New York City.

"Bronx Point and UHHM will not only be a catalyst for the Bronx Harlem River waterfront but will serve as an iconic inspiration for ambitious, yet thoughtful, community building in the years to come."

"I was that kid breakdancing to Apache. My parents didn't know what I was doing, but it meant something to me. There were artists from the Bronx who took urban blight and decay, banging on poles and buckets, and told stories of injustice.

"Now, to have so many rap gods like Fat Joe, L.L. Cool J, MC Serch and others be a part of this, along with the powers that be in city government, it sends a signal to the world that we did it. This is it." CEG