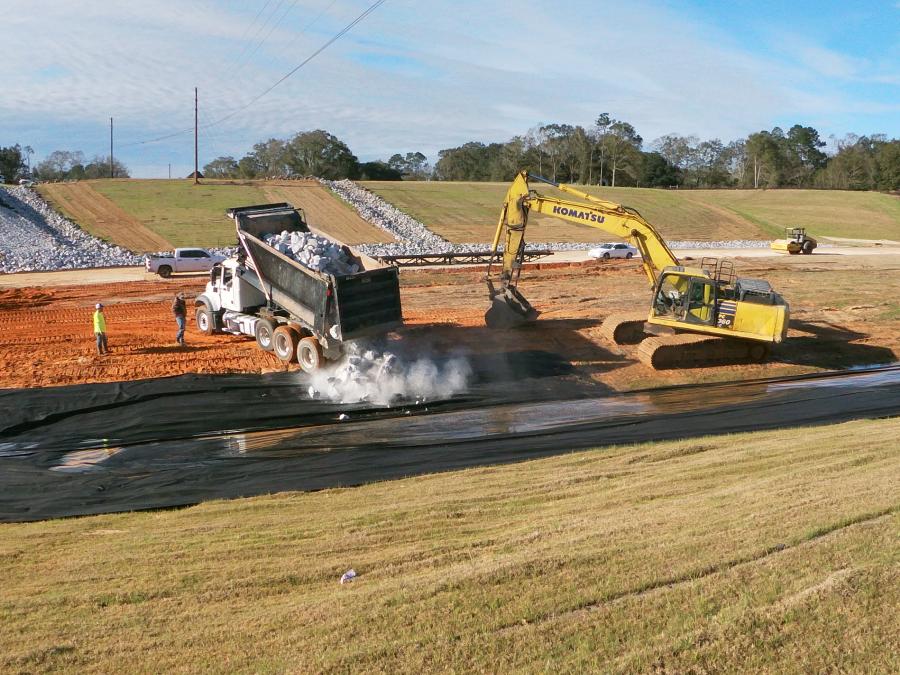 The Alabama Department of Transportation (ALDOT) is overseeing the $114 million project, which will serve motorists primarily in Alabama and Mississippi. (Photo courtesy of ALDOT.)

Despite an awkward start and a 10-year lull in construction, workers are poised to complete the U.S. 98/SR158 highway corridor in Mobile County from the Alabama/Mississippi state line to Interstate 65 in the city of Mobile.

The Alabama Department of Transportation (ALDOT) is overseeing the $114 million project, which will serve motorists primarily in Alabama and Mississippi.

"The current route serves as an east/west connector for the middle and northern side of the county, connecting much of Mississippi and the other Southeastern states to I-65 and I-10 to Alabama beaches and on to Florida, bypassing heavily congested I-10," said Jenifer Eubanks, ALDOT assistant construction engineer, SW region, Mobile. "It runs through the busy populated areas, and this new controlled access route will help alleviate some of the stop-and-go traffic that creates variable speeds, resulting in increased crashes." 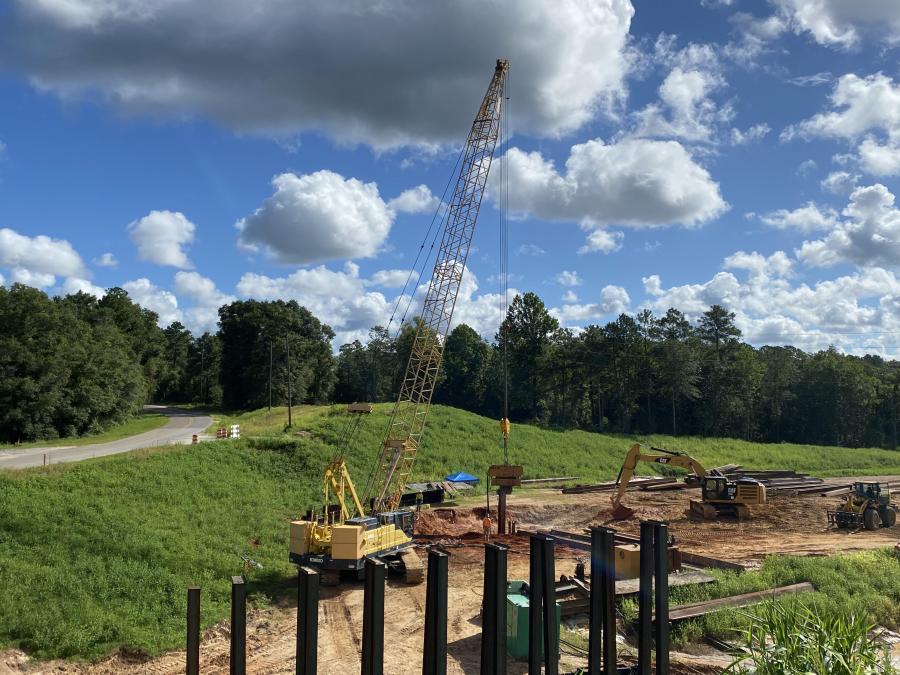 The corridor will reportedly reduce accidents and roadway fatalities by providing safer access and controlling the on-and-off locations. It also will improve site distance and lessen radical geometrics in both horizontal and vertical curves, including wider roadways.

There are numerous contractors on the job who are experienced in paving and bridge building in the area. They include Tanner Construction, John G. Walton Construction Company, H. O. Weaver & Sons Inc, McInnis Construction LLC, HCL Contracting LLC and Mobile Asphalt Company Inc.

According to ALDOT, the corridor is roughly 14 mi. long and will allow the section of highway to finally be used. During the summer months, the current U.S. 98 is congested due to beach traffic. Mostly the route serves commuter and local traffic from several small communities. The highway is a dangerous two-lane rural facility that was renamed "Bloody 98," based on crash-related injuries and fatalities.

In 2007, ALDOT began work on the first of several projects to move most of the traffic to a safer, four-lane divided facility slightly north of the existing route. The first project was 8 mi.-long and crossed numerous wetlands and streams. The project was split between the Escatawpa River, a blackwater stream to the west, and Big Creek to the east. Big Creek feeds Big Creek Lake, the drinking water source for a significant number of individuals in the Mobile area.

The project became a source of construction and stormwater-related pollution. The pristine beaches of Escatawpa were soon covered with a film of clay, and Big Creek Lake lost its credibility for providing safe drinking water. The undertaking faced several lawsuits, regulatory enforcement actions and a frustrated public. After millions of dollars were spent on remediation, restoration and regaining regulatory compliance, funding to complete the corridor was no longer available. This forced the indefinite postponement of the work.

Now that construction is back under way, there is a more encouraging outlook. The problems surrounding "Muddy 98" have actually had a significant impact on construction.

"The original corridor project was the traditional cut/fill style project that moved a lot of material within a limited ROW, making management of stormwater during construction more difficult," said Eubanks.

The project has definitely changed the manner in which ALDOT addresses stormwater programs.

"The previous projects made the department step back and look at our overall process," said Tony Cooper, stormwater coordinator of ALDOT's Mobile area construction section. "Instead of taking a reactive approach, we got in at the design process and limited our overall exposure by minimizing our footprint during construction, bridging wetlands instead of using more invasive culverts and focused more on how the contractor can best construct the different elements of the projects while using a variety of best management practices, instead of the standard silt fence and wattles."

In addition to money uncertainties and public perception, a main challenge for crews involved rethinking business as usual when it came to erosion control and stormwater quality. However, once the design and funding were approved, the overall process became relatively seamless for workers resuming construction after nearly a decade.

Currently, grading, paving and drain, base and bridge work are taking place. Roadway construction and stormwater compliance have already been finished.

"Shoulder grading and paving are progressing, but they were touch and go, due to their most recent proximity to Big Creek Lake and recent rainfall events," said Cooper. "Recent excavation work moved along quickly as several trackhoes loaded out unclassified material in concert with each other in a very confined space. As many as 25 dump trucks were hauling material out of an area smaller than seven acres." 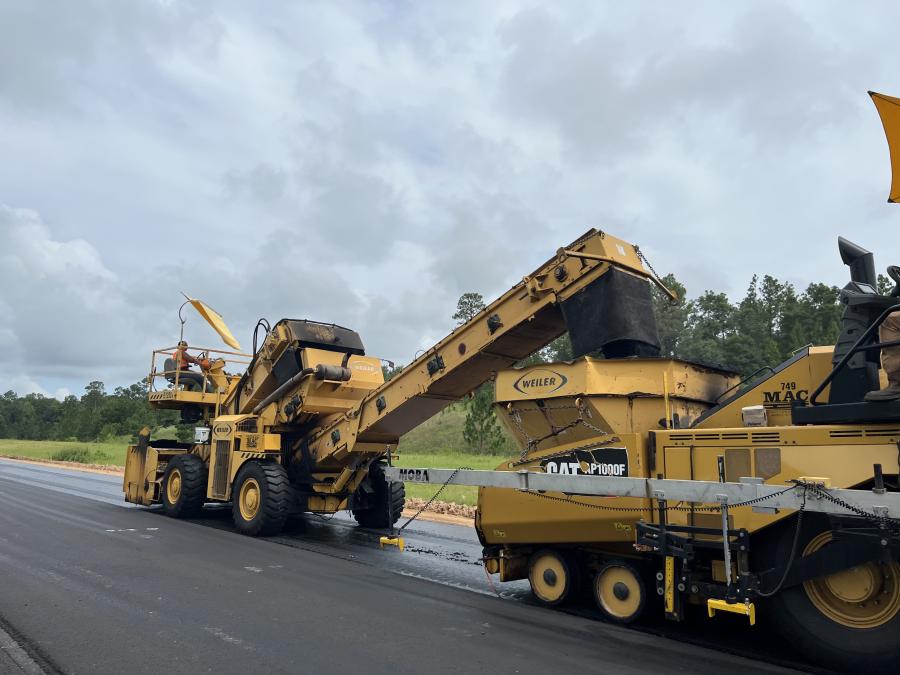 Material acquisition and labor shortages have been among the concerns for crews, who've also had to battle the weather, according to Cooper.

"Rainfall is the number one influencer of construction delays in the area, but to date, the received rainfall is within our normal 67 inches each year. With that said, most of our rain predictions have been accounted for in project construction time."

Heavy equipment at the site includes cranes for bridge work, dozers, trackhoes and trucks. Main materials include borrow and unclassified soils, concrete and steel for bridge construction, asphalt and crushed aggregate base for roadway buildup and sod for stabilization

Keeping the multiple projects on specific timelines is crucial to prevent one project from affecting another. Motorists who are clamoring for the U.S. 98/SR158 extension project to finally be finished are anxiously awaiting completion of the assignment that will serve so many for years to come.

For Cooper, the mission is clear and simple, no matter the challenges at hand.

"Crews are working to improve the safety and to expedite mobility of highway users."

Eubanks added, "It's always nice to be a part of completing a project to improve the community, regardless of the magnitude but being able to bring previous efforts and goals to fruition is a bonus.

"We are proud of the progress that has been made for this route and look forward to opening the long-awaited corridor to improve congestion and safety for not only the locals, but for the other users, as well." CEG