Crews Demolish I-45 Bridge in Four Days; Upgrades to Continue 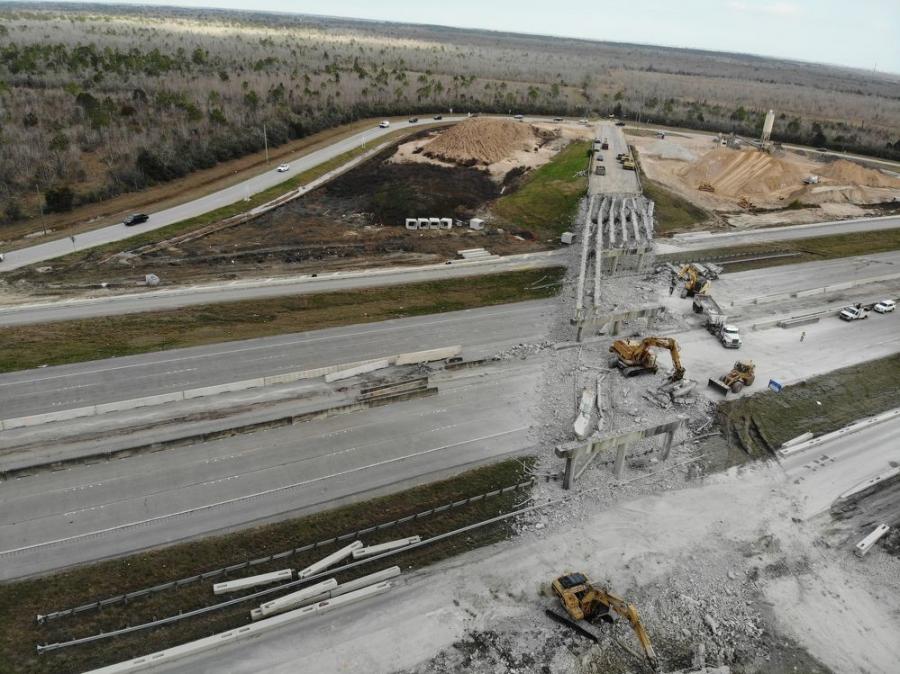 The demolition of the Holland Road bridge over the six mainlanes of IH-45 Gulf Freeway in Galveston County, Texas, part of the I-45 expansion project between FM 517 to FM 1764, took four days to complete.

The bridge — 536 ft. long and one lane in each direction — was constructed in 1980. It was demolished by William Brothers Company Inc. in quick fashion from Feb. 5 to 8.

The overall project, valued at $230 million and awarded to William Brothers Company Inc., should be delivered in late 2024.

In addition to having met its expected lifespan, the bridge is being replaced to improve traffic and accommodate to the new roadway footprint for the main lanes and frontage road.

"The old bridge could not have been rehabilitated due to the height requirements over IH-45," said Perez. "Additionally, the new footprint of the roadway would not fit within the existing structure. There will not be a tunnel; both Holland Road and Lago Mar will be constructed at grade and IH-45 will be elevated as a bridge over them. The new intersections at Holland Road and Lago Mar Boulevard will include dedicated U-turns. Both intersections will improve the access to the surrounding businesses and residences, reduce congestion and queue times at all of the intersections along the project corridor." 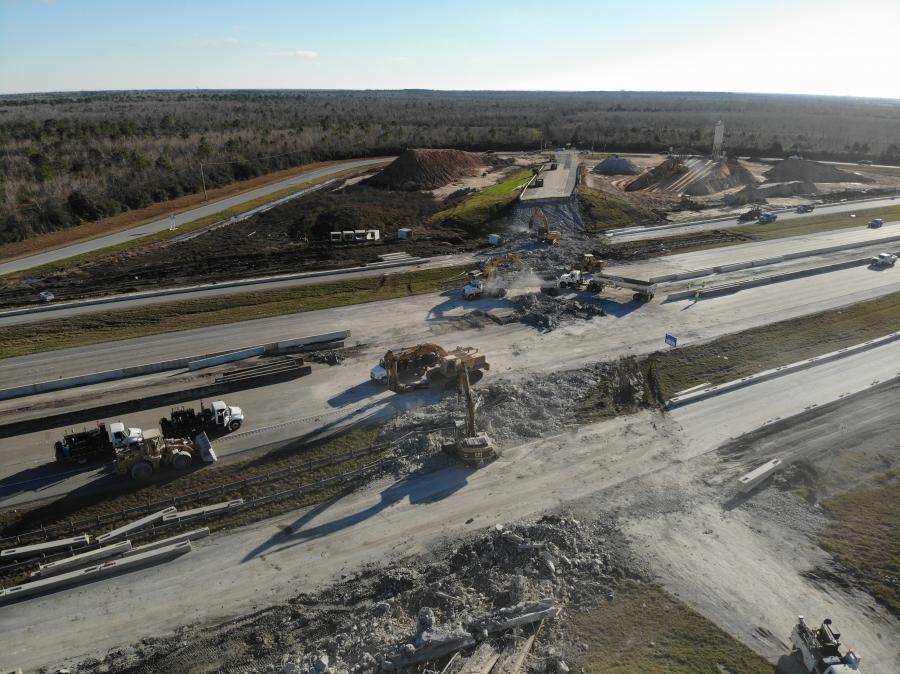 "The IH-45 expansion project will improve mobility for motorists while reducing congestion and improving safety along this heavily traveled corridor," said Perez. "The corridor changes will also aid in facilitating the growth and development of Galveston County, and will provide the capacity to support the anticipated future growth of the surrounding communities."

Traffic on Holland Road has been permanently diverted since the section of IH-45 leading to the bridge on both sides was temporarily closed for the demolition operations. The demolition was a non-stop operation that had more than 25 construction workers and 20 pieces of equipment on-site.

The three phases went according to plan.

"The work progressed at a steady pace as there was a day and a night crew working around the clock," said Perez. "The work started on the west side of IH-45 and the crews worked to the east. The material was allowed to fall to the ground and was loaded into dump trucks and hauled off-site to the recycle yard. Track hoes equipped with shears would cut the larger sections of the beams and directly load the pieces into dump trucks, which were approximately 5-foot sections. Front-end loaders were also used to load the dump trucks."

The material was taken to William Brothers concrete crushing facility for recycling.

The demolition was completed in five 12-hour shifts.

"Night work is always a challenge due to limited visibility," said Perez.

A total closure on the IH-45 NB and SB mainlanes was necessary and all traffic was diverted onto the Frontage Roads Bell Curves during the demolition. 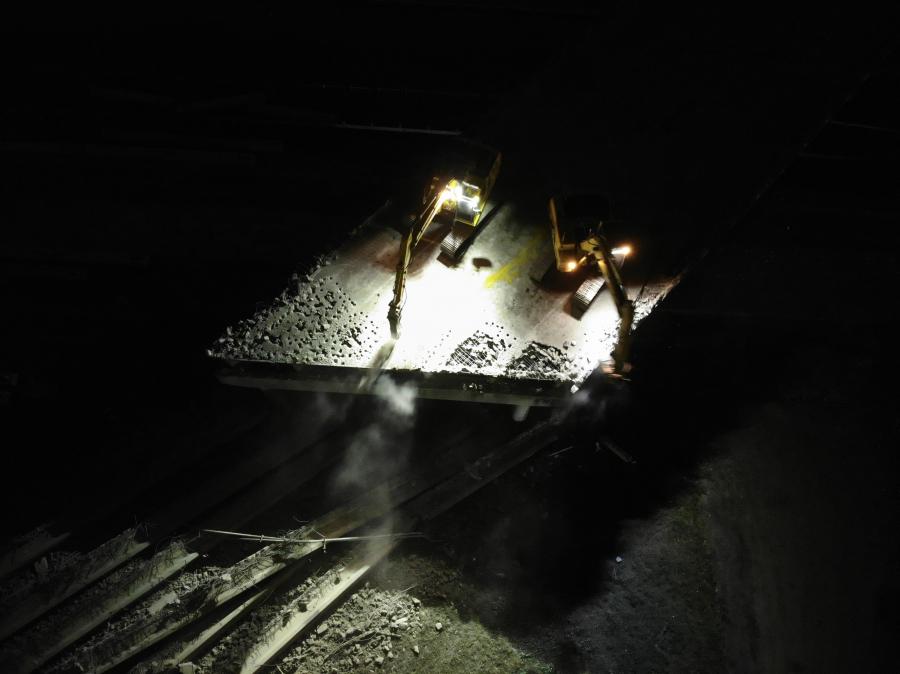 "Off duty police officers were used for the IH-45 total closure," said Perez. "This was to keep the traveling public out of the work zones and to assist in keeping the flow of traffic. Detour signs, message boards and traffic control devices were installed to manage the east and west traffic on Holland Road. Media advertising and coordination with business owners in the areas is key."

For the night time demolition operations, the large Cat excavators equipped with hammers illuminated the bridge structure with their powerful light. This was crucial as they were, at times, operating approximately 35 ft. or closer to edge of the demolished section.

Closing the highway provided crews and equipment operators with the space they required to maneuver the large vehicles that often worked in tandem. Assisting the excavators were track hoes, dozers and manlifts.

The ample spaces also made it easier for fully-loaded dump trucks to enter and exit the work zone without having to make difficult turns. As most of the demolished material fell exactly where it was supposed to, clearing operations went smoothly and materials could be easily piled for removal.

Williams Brothers has a large fleet that is well maintained. It is currently engaged in many projects in the greater  Houston and Galveston areas and can call on other sites to supply equipment if necessary.

"There was a mechanic on site with each shift for the demolition," said Perez. CEG