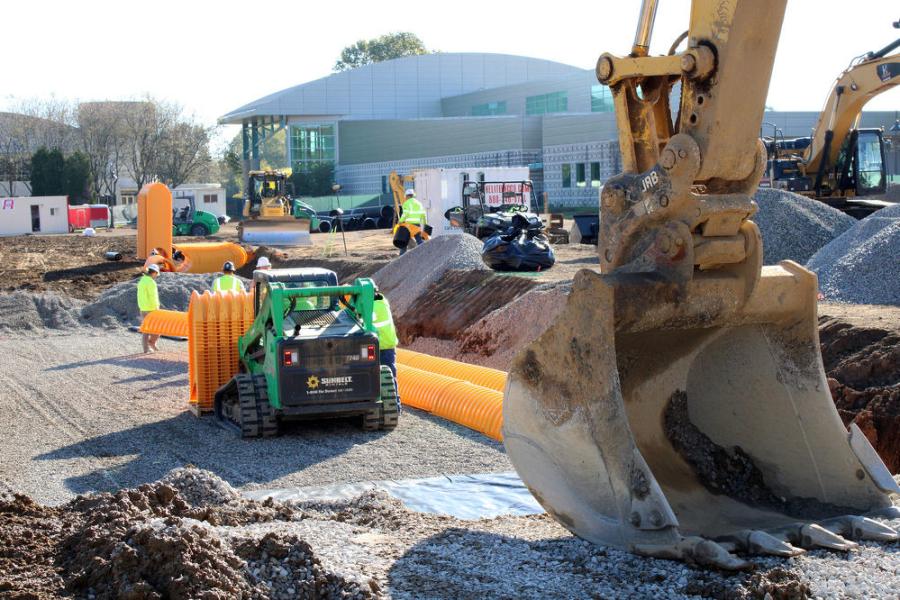 As for the work currently taking place, crews appear to be making steady progress on the highly anticipated building. (Suzanne Clark photo)

Site work continues on the shared campus of The Ohio State University at Newark and Central Ohio Technical College (COTC), as crews prepare to build a $32 million STEM Center. The John and Mary Alford Center for Science and Technology has been years in the making.

"This project has been on our radar for nearly two decades, but in 2012 it was deemed a critical need for the campus," said Kim Manno, director of advancement, COTC and Ohio State Newark. "To get the ball rolling, we pursued funding through the state's biennial capital budget, but that same year, the state decided to allocate money for only renovation projects, not new builds. It wasn't until our lead donors came forward with a $2.5 million commitment that we were finally able to move forward.

"COTC and Ohio State Newark have a combined enrollment of more than 6,000 students, and many of them will benefit from this new facility. Students pursuing a major in life or physical science, such as biology, chemistry, physics, geology and astronomy, or healthcare, including nursing, surgical technology, radiologic science technology, sonography, anesthesia technology, and EMS, will especially benefit from the addition of the Alford Center." 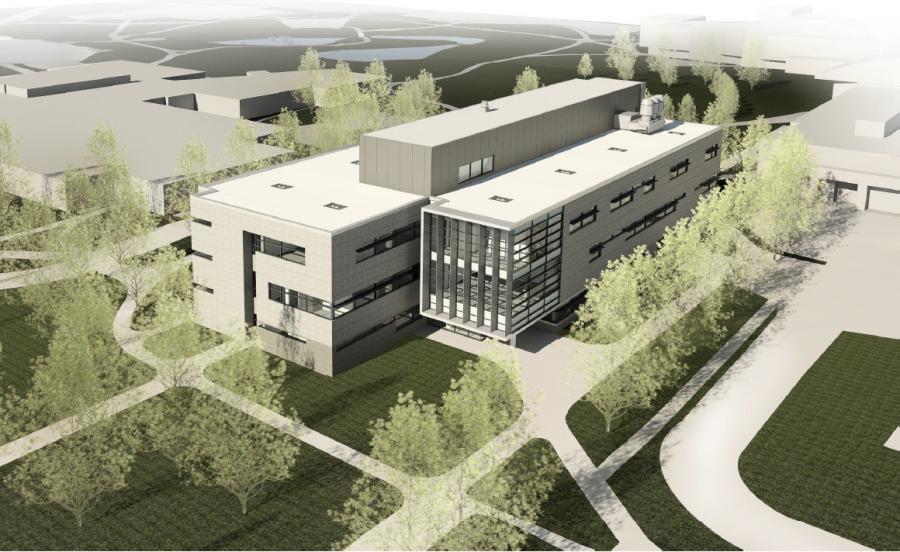 Reaction to the new STEM Center has been extremely positive, according to Manno.

"In just the past 13 months, we've raised $13.3 million toward our $14.4 million fundraising goal. COTC and Ohio State Newark have committed a combined $17.6 million."

Manno said it's gratifying to watch the work taking place on the project.

"It's so rewarding to finally see this project coming to fruition, especially because we've needed this new facility for so long. 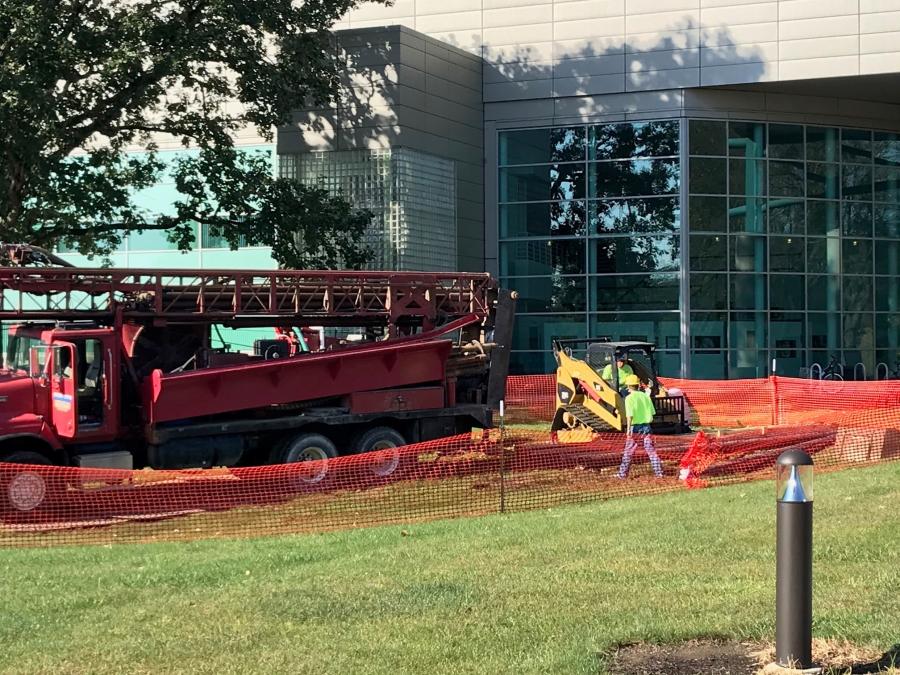 John and Mary Alford were unwavering supporters of COTC and Ohio State Newark for several decades. In recognition of their parents' tremendous support of the local community and specifically the Newark Campus, their children, Ronald Alford and Barbara Alford Cantlin, together with Barbara's husband, Michael, have committed a lead gift of $2.5 million.

A ceremonial groundbreaking ceremony took place in August. According to the official press release, numerous officials were on hand for the gathering, which included nearly 150 members of the public, community partners and donors, faculty, staff and alumni. State Representative Scott Ryan presented the campus with a commendation prepared from the Ohio House of Representatives to commemorate the event.

"The Newark campus is the crown jewel of regional campuses in the state of Ohio," said Ohio Senate Majority Whip Jay Hottinger, "and a point of pride for all of us in Licking County."

As for the work currently taking place, crews appear the be making steady progress on the highly anticipated building. 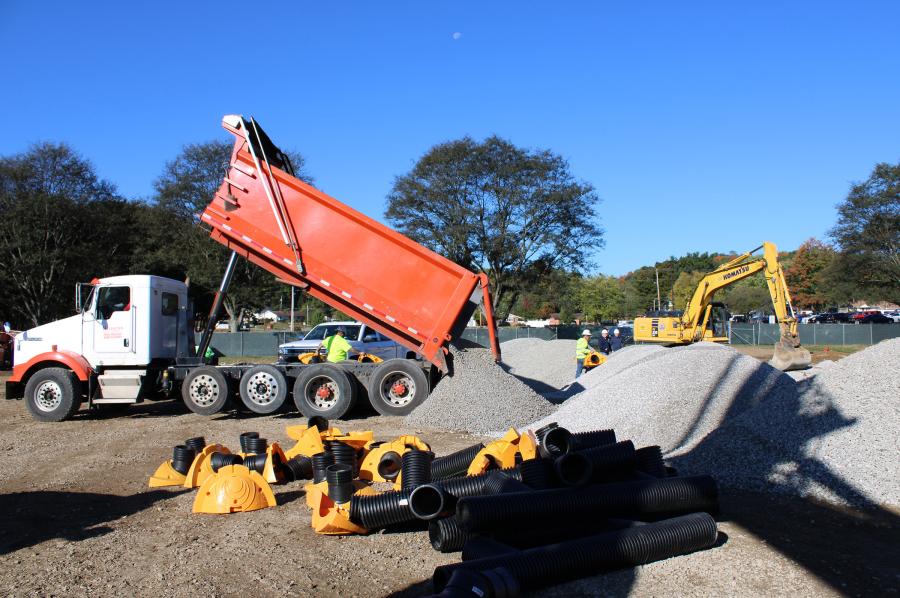 "Construction crews are actively working to remove all existing sidewalks, light poles and storm pipes, and also prepare the soil for the building foundation," said facilities superintendent Brian Boehmer, who noted that some of the biggest concerns on the project include meeting the needs of a diverse group of users and aligning the programmatic needs to the available budget.

Smoot Construction serves as the construction manager at risk. Site work commenced more than a month ago, and continues to be the primary construction activity.

The property was primarily pedestrian pathways and green space. Topsoil has been stripped, silt fencing has been installed and dandy bags have been placed on the storm inlets.

"Installation of the temporary storm bypass is under way," said Boehmer. "Benchmarks have been placed for the surveyor to establish rough grading. An existing unmarked observation well was discovered on site. It has been identified and will be abandoned. Existing concrete foundations from old demolished outdoor seating elements were discovered and removed. A section of existing roadway is currently being removed."

Regarding construction milestones, work on rammed aggregate piers began in October, as will a new geothermal loop. Rough grading should be completed in early November. 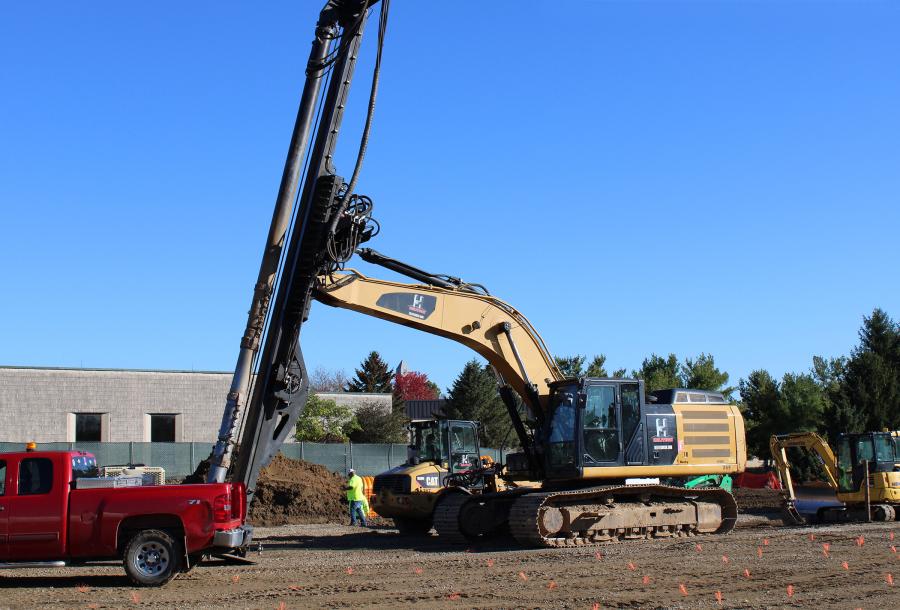 Boehmer said in dealing with a science building, complexity of various building systems is a concern for construction crews, who will be removing roughly 3,500 cu. yds. of material from the project.