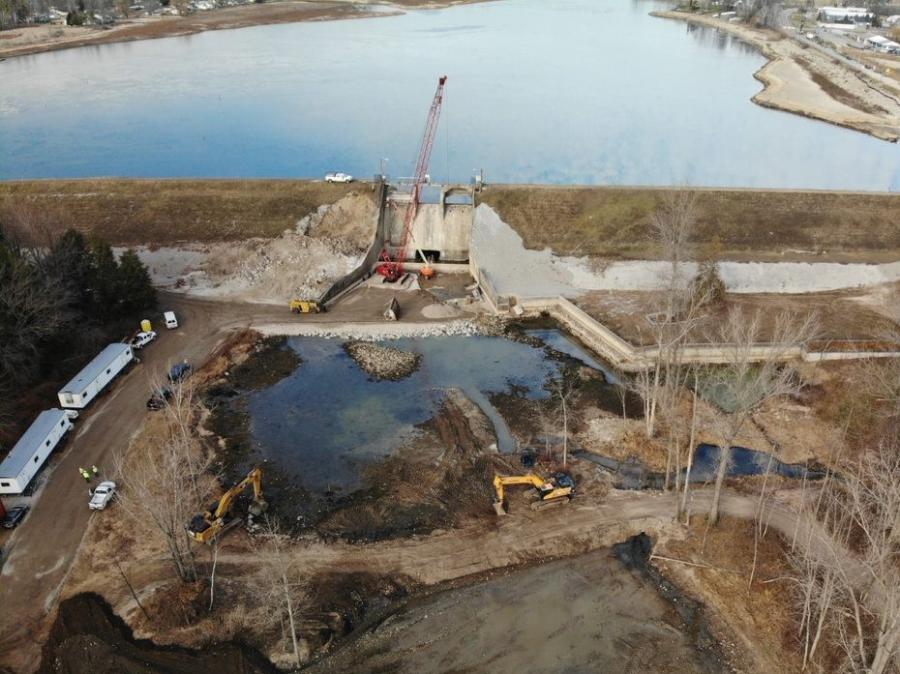 The Edenville Dam failed last spring after heavy rains led to a large May flood event. The flooding caused the displacement of 10,000 people. (Michigan Department of Environment, Great Lakes and Energy photo) 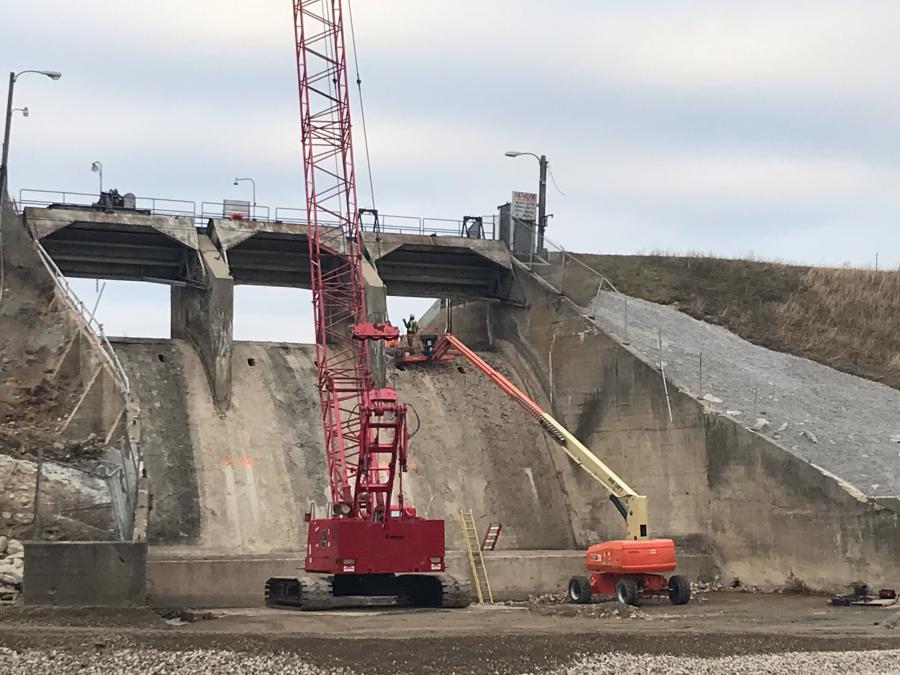 The Edenville Dam failed last spring after heavy rains led to a large May flood event. The flooding caused the displacement of 10,000 people.

"The Edenville Dam is about 100 years old and covers two river systems — the Tobacco River on one side and Tittabawassee River on the other," said Nick Assendelft, public information officer of the Michigan Department of Environment, Great Lakes and Energy (EGLE).

The earth gave way on the Tittabawassee side. The dam was originally purposed for hydro power, but due to noncompliance by the owners for more than a decade, the Federal Regulatory Energy Commission (FERC) revoked their license in 2018. It came under the state's jurisdiction at that time.

Prior to the flood, the state had been working with counties and local stakeholders to bring the dams into compliance. An independent forensic team is looking into causes of the failure. The Sanford Dam also failed, but is under the jurisdiction of the federal government and not part of the emergency repairs.

"While the dam failed and fully breached on the Tittabawassee side, there is still 30 feet of head remaining on the Tobacco side," said Assendelft. "The embankment on that side also was damaged during the flood. We're taking actions to alleviate the stress and risk associated with that remaining dam. That project entails lowering the spillway crest so water is diverted back to the Tobacco River and lowers the impoundment level to a safe elevation. The plan right now is the contractor will be constructing a new spillway inside of the concrete shell that is the existing spillway at a lower elevation and then, through controlled demolition, will remove the older concrete shell and safely lower the water elevation. They will likely use hammers and shears mounted on an excavator for selective demolition on the downstream face of the spillway. Then they will construct forms and pour concrete to build a spillway inside. After the spillway is constructed, they will demolish the upstream face of the spillway with excavators. There's a possibility they will do that with barges." 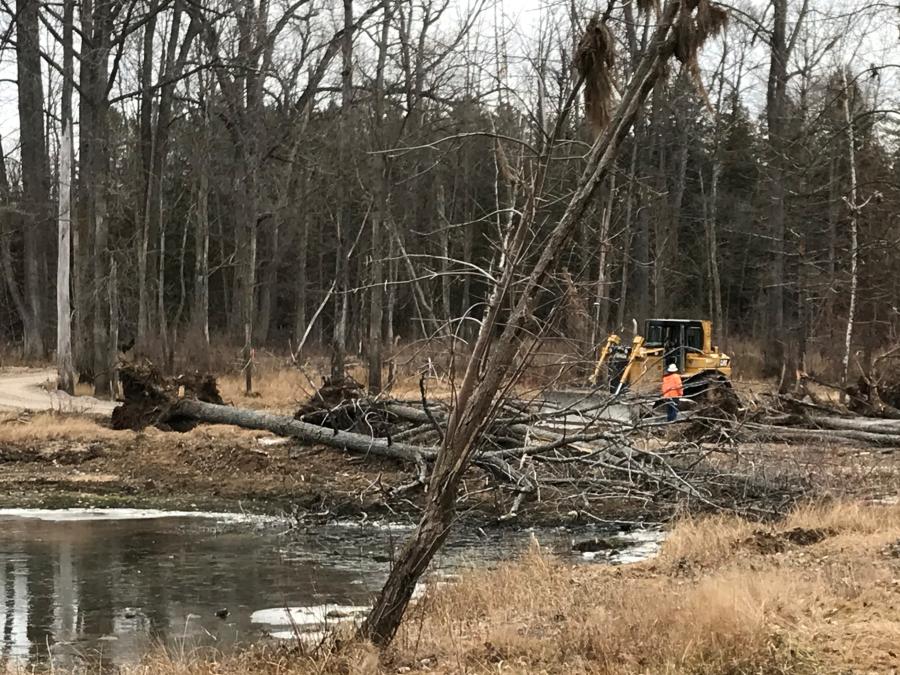 The Tobacco River is now diverted off of its channel and flows to the Tittabawassee. When it failed, the river started cutting through the causeway and lowered itself to a point where it no longer goes over the spillway.

"The primary concern is the instance where we would experience higher flows in the river, that would cause water level in impoundment to rise up again and put the dam at elevated failures. As it sits, we'll say it's stable. But elevated water levels, which happen in spring in Michigan, would likely put it in a position where it would be at risk of failure."

A crew of 15 will be on the job site mobilizing a variety of equipment through Feb. 15, the targeted completion date. Equipment includes:

The $2.3 million job is not complicated, but it is risky — primarily in controlling the water, Assendelft said. 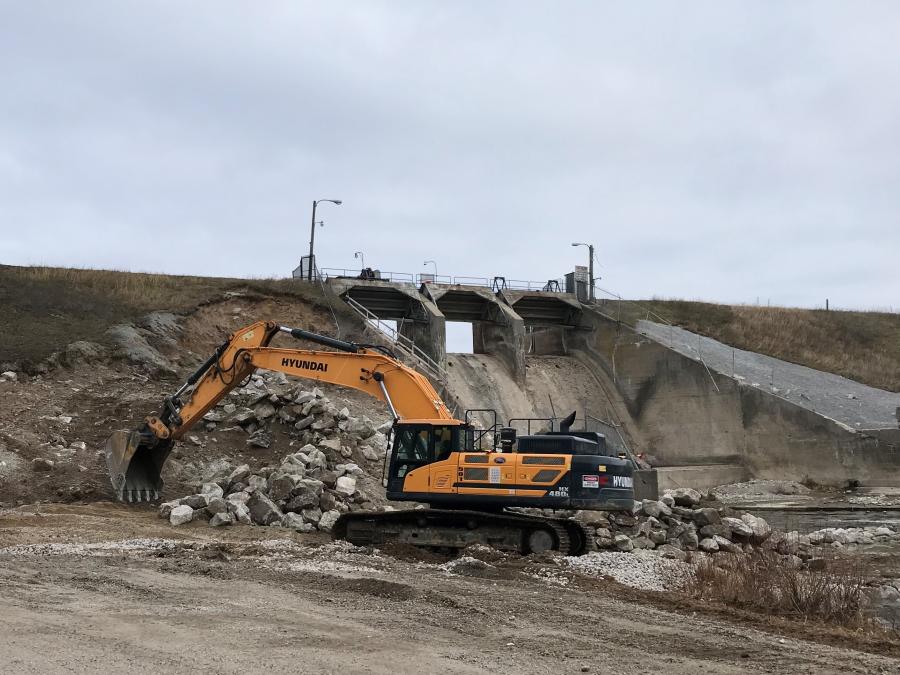 "There's obvious concern over structures and stability, but that can all be managed with physical means, but the flow of water is weather-dependent," Assendelft said. "There are several ways of achieving this. Their approach is utilizing a stoplog system that they are going to construct on top of the old spillway. That will allow them, as they are demolishing the old spillway shell, to remove the stoplog so they can safely lower the water level in a controlled manner."

There also is concern over the stability of the 100-year-old structure, but there are contingency measures in place if additional stabilization is needed.

"The biggest downside of the project is the lowering of the impacted lake on the Tobacco River side," Assendelft said.

Residents on the lake are not happy about losing their lake and its fishery. There also are concerns about erosion and some cottages with "extremely shallow wells" that also have experienced impacts.

"They've definitely seen property values impacted due to the failure alone," Assendelft said. "I can tell you that the local stakeholders and counties have formed a task force that is in the process of acquiring the four dams the previous owner held. The goal is to restore lakes, but it's a long road to recovery." CEG