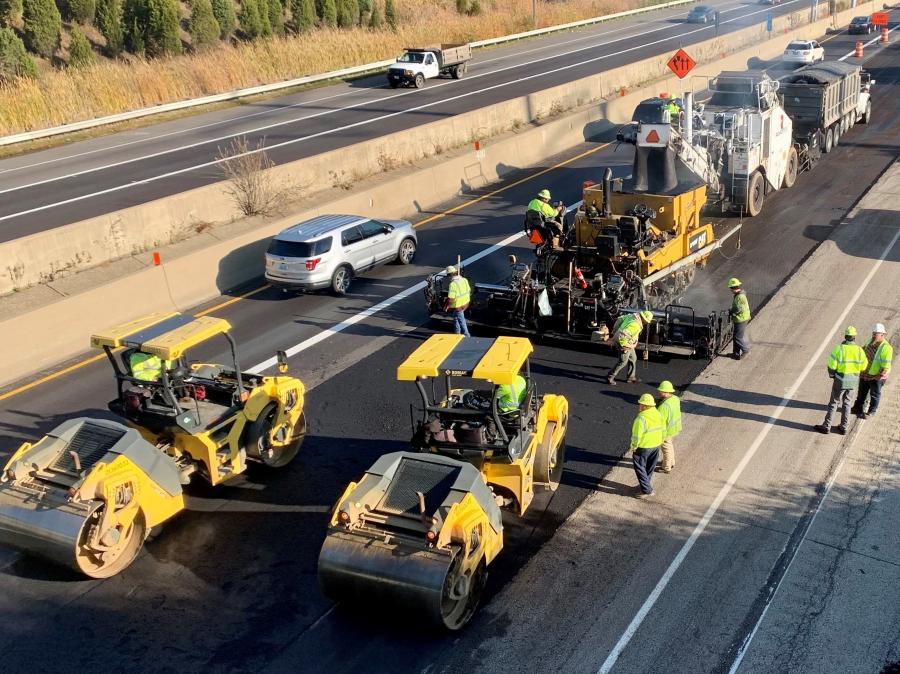 The John R. Jurgensen Company (JRJ) is looking to deliver the Ohio Department of Transportation's (ODOT) $36 million I-71 Resurfacing and Rehabilitation in Cincinnati by early fall of 2021. Construction began in spring 2018.

The resurfacing and rehabilitating cover approximately 5.5 mi. of I-71 between S.R. 126 (Ronald Reagan Cross County Highway) and S.R. 562 (Norwood Lateral), north of downtown Cincinnati. The work also includes replacing the deck of the Stewart Road (overpass) bridge, as well as rehabilitating multiple structures within the work area from the railroad bridge north of S.R. 562 to S.R. 126; widening to three continuous through lanes between the Norwood Lateral interchange and Red Bank Expressway; removing the northbound Ridge Road exit; and allows for the future addition of an exit ramp to Kennedy Avenue from northbound I-71.

Prior to the project, only a few parts of this section of I-71 had three continuous mainline lanes. 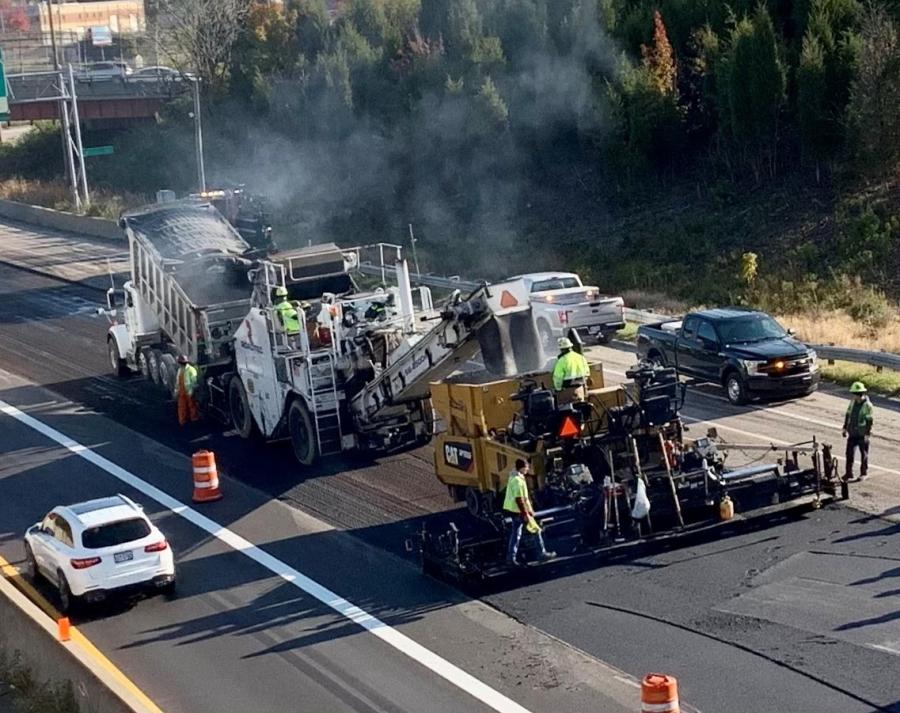 "We are widening it to three continuous through lanes between the Norwood Lateral and the Red Bank Expressway, and we have removed an interchange off-ramp to Ridge Road on the northbound side so we could add capacity in this area," said Kathleen Fuller, public information officer, ODOT District 8. "On the southbound side, we rehabilitated the three, continuous through lanes. Between the on-ramp from the Norwood Lateral and Red Bank along northbound I-71 were two interchanges, which forced traffic into two lanes in a very limited distance. For this reason, we eliminated the off-ramp to Ridge Road and starting later this year, we will have a separate project coming up where we will reconfigure and restore the off-ramp for Ridge so that it will connect with the Kennedy Avenue ramp."

"We try to do everything we do in the name of safety," said Fuller. "When you get to add capacity, that is a bonus. We are overflowing with traffic on our interstate system, especially in the Greater Cincinnati Area. Adding the additional lane affects safety in a positive way."

ODOT initiated the project in 2013, starting with environmental studies and right-of-way acquisition, with the design process starting in 2016.

Burgess and Niple of Columbus, Ohio, worked with ODOT to design the new highway infrastructure.

Fuller appreciates the cooperation of JRJ.

"We've had a very good relationship with them over the years," she said. "They are a large company in Cincinnati, so this is in their backyard, and they want a successful project as much as we do. It affects their families just as much as it affects ours. The project, by and large, has been pretty successful."

The traffic management plan is based on lane closures and detours.

"We implemented contra-flow lanes," said Fuller. ‘We finished the southbound side first, which has been in its final configuration for the last year. The contraflow lanes let us have traffic flowing in two lanes in either direction on the mainline, with a third lane in the contra-flow so, if we had restrictions on the mainline, we could still have the additional lane of traffic in the contraflow lane. We have had some local, city streets affected by the work for this project, specifically on those where there are bridges over I-71 that required work as part of the project."

Construction is now in its final phase, with traffic moving in three lanes on the mainline in both directions.

"While the majority of work has been completed, construction consists of final paving operations, as well as installation of raised pavement markers, sign installation, etc. remains," said Fuller. "The Kennedy Avenue ramp to I-71 North is closed through mid-July for paving. Apart from the closure of Kennedy Avenue ramp, most remaining work will take place during the evening and overnight hours in order to minimize the traffic impact to motorists and to heighten safety for everyone." 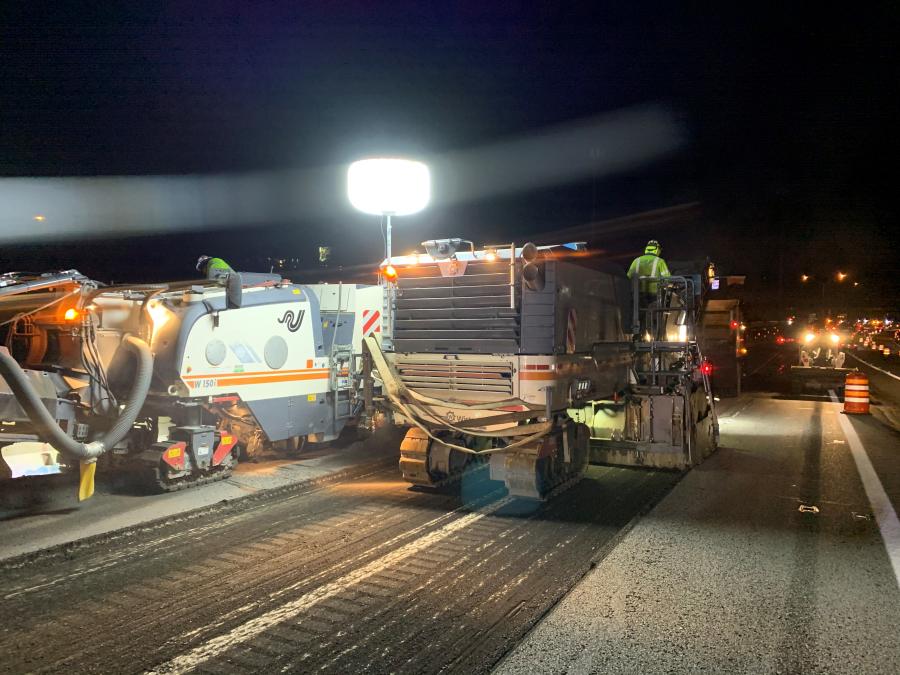 The night work goes from the late evening to the early morning hours on the mainlines to avoid impacts on rush-hour traffic, with 24/7-hour operations occurring off the roadway with JRJ staggering the work based on the schedules and available manpower.

"A lot of work has taken place, especially on the bridges, that people don't really see because it's happening on the overpasses or under I-71, but this work has to be done and it takes time," said Fuller.

John R. Jurgensen has made steady progress, having completed bridge work at several overpasses; most paving operations — including the north end of the project from the Galbraith Road over pass to Ronald Reagan; and widening of I-71 North at the Lateral.

"As with any project of this type, the maintenance of traffic [MOT] is a priority," said Ed Sanders JRJ project manager. "The first task is usually setting the first phase of the MOT according to the contract plans. Once the MOT is set up, work began with an emphasis on the bridge work. The resurfacing of the northern area of the project early while performing the major construction widening helped with the tight schedule. The widening is wrapping up currently and we will soon be paving the final surface.

"Working on an urban interstate such as this provides many challenges. Safely transporting materials in and out of the site daily/nightly has been a significant challenge, but one that's been done successfully thus far. It's a very tight work zone. We partnered with ODOT to overcome many of the challenges faced on the project. The Duck Creek Waterway flows through the project and required many discussions to successfully work in the area. There were a few utility conflicts and we worked with ODOT to resolve them."

The road reconstruction and widening were well planned.

"The excavation material was originally due to come from the existing Ridge Road north ramp location," said Sanders. "Due to issues obtaining the necessary permits, ODOT had us import 75,000 cubic yards of material from other projects in the area for the embankment construction from Ridge Avenue to Red Bank Expressway. The construction operations were performed by an experienced and long-time JRJ crew.

"Typically, our construction work is completed first then the paving work, but the relatively tight schedule had us start the paving work on the north end of the project outside the limits of the contraflow lanes while the construction work progress on the south half of project. We brought in extra specialized milling and paving crews, which facilitated the pavement replacement operations."

Concerning the bridge deck work, Sanders noted: "Generally, the time to remove a bridge deck to pouring a new one was three months depending on weather." 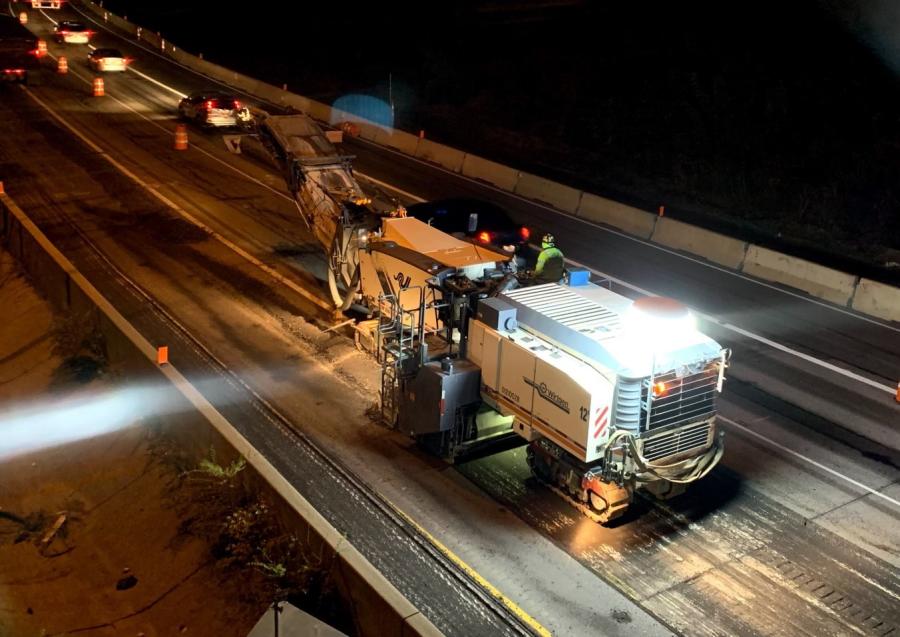 Paving operations were performed using Cat 1055F pavers, along with Cat and BOMAG rollers. Milling was done with Wirtgen 210fi and 250 milling machines. Most construction operations utilized Komatsu 360 and 228 excavators and Cat D6n bulldozers. Finish grading was accomplished with Cat14m graders and soil stabilization via a 240i stabilizer.

Peak days had 40 to 50 JRJ and subcontractor employees on-site. The main subcontractors are Complete General for lighting, ITS and bridge work; MP Dory for the signage; Oglesby for concrete barrier; Tri-State for paved gutters and curbs; UCL for bridge steel painting; Twin

Materials from demolition and excavation activities generated 95,000 tons of asphalt,150 tons of steel and 150,000 tons of earth and rock.

"One hundred percent of the original asphalt was recycled, as well as any concrete pavement that was removed," said Sanders. "The Jurgensen Companies are heavily invested in sustainability. Our recycling effort is an indication of that. We are committed to utilizing recycled materials in our pavement products on every project."

"We had multiple concrete suppliers to the project," said Sanders.

"This project was serviced by our main shop in Sharonville, Ohio, not far from the project," said Sanders. "Our service techs facilitated the field service needs of the project, day or night, with our in-house fleet of service trucks. Working around the clock provides logistical challenges for many things and equipment maintenance is one of those. Fortunately, our shop is staffed at all hours, and as we're working, they can provide the support we need in the field."