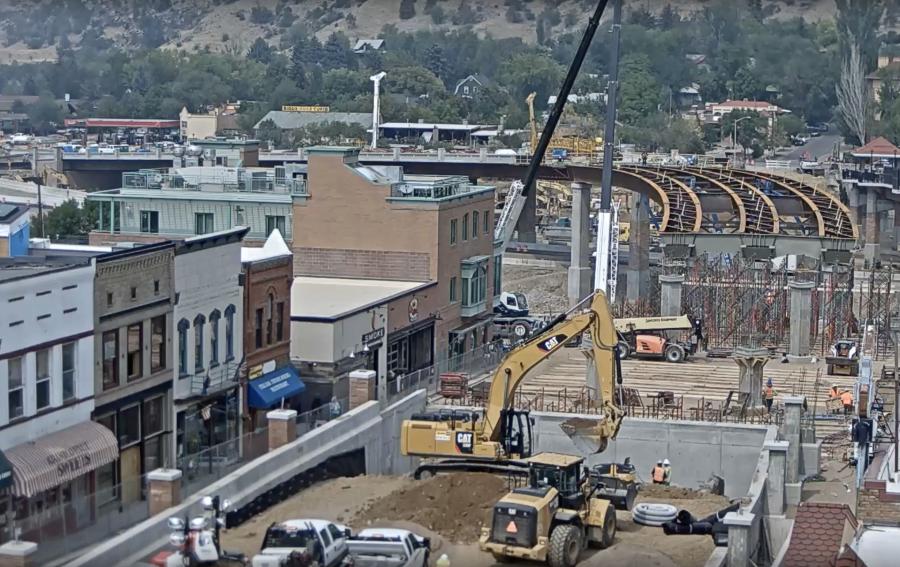 Crews began setting nine steel tub girders for the new Grand Avenue Bridge. The bridge closed on Aug. 14 and is scheduled to reopen later this fall.

“During the GAB closure and detour, the contractor will deconstruct the current Grand Avenue Bridge, build the new traffic bridge connection over the Colorado River and Union Pacific Railroad, complete the south abutment, build a new roundabout at the intersection of Sixth and Laurel streets, construct the wing walls on the south side of the river and complete the connection to Grand Avenue,” said Tracy Trulove, communications manager for CDOT's Northwest Colorado region. “Our communications team launched a public information campaign in February of this year. We have held [more than] 65 meetings with stakeholders and produced several printed materials. We want everyone to know that Glenwood Springs is still wide open for business and to enjoy all the amenities that this town has to offer.”