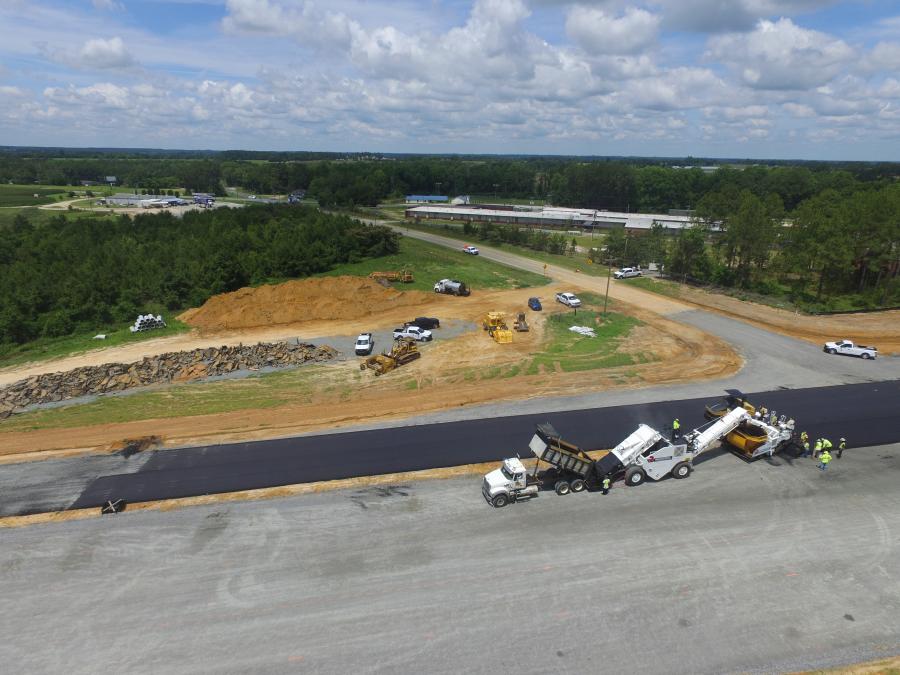 The contract for the project, taking place in Appling and Toombs counties, was awarded to United Infrastructure Group Inc. The work also includes the construction of four bridges and approaches. The section of the highway is being widened from one lane in each direction to two lanes in each direction. 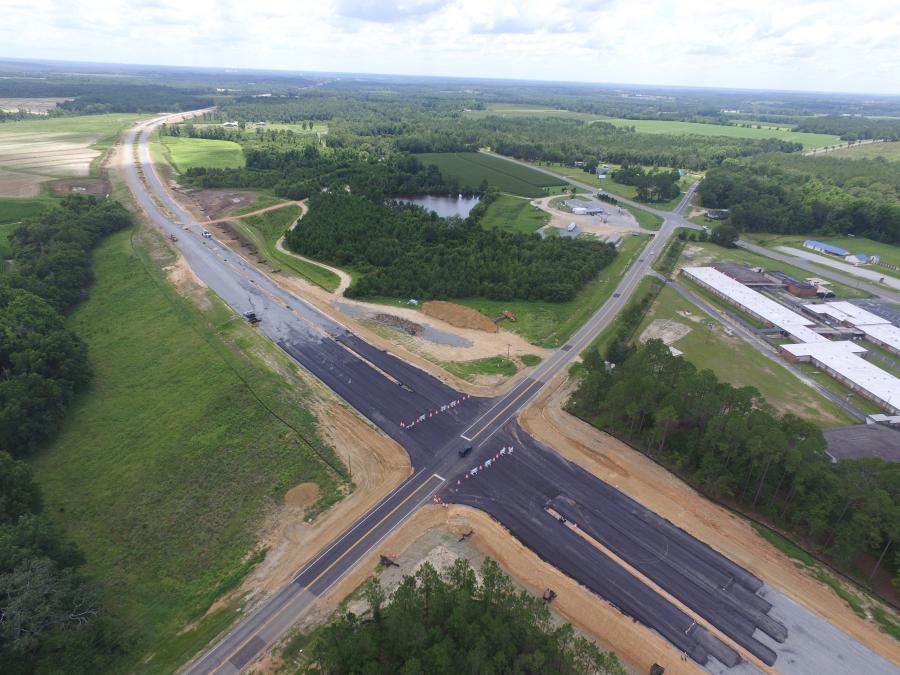 A major subcontractor on the project is McLendon Enterprises Inc. (MEI), which secured a $29.5 million contract from UIG that has the firm clearing and grubbing 100 acres of forests and fields. It is engaging in 475,000 cu. yds. of earthwork, installing more than 25,000 linear ft. of pipe, placing 146,000 tons of graded aggregate base course for the new lanes and placing 169,000 tons of hot mix asphalt.

"This project is one of last four remaining U.S. 1 widening projects to the complete the four lanes of U.S. 1 from Waycross to Wadley [127 linear miles]," said Sean M. Scott, McLendon's chief engineer. "U.S. 1 widening has been ongoing for more than 20 years in Georgia. The existing U.S. 1 roadway was originally Portland Cement Concrete paving that has been widened and overlayed through the years. Its current condition exhibits cracking linear and transverse, joint separation and some joint heaving as a 1940s constructed roadway should.

"Many of the widening projects are removing the existing PCC roadway and replacing with a new typical section, some are retaining the PCC and adding a substantial overlay to correct the existing cracking issues," he added. "The bridges being removed and replaced also are circa 1940 construction. Three of the four remaining projects, all in Toombs County, are currently under construction contracts. This section of construction starts at the Altamaha River and stretches north to the city of Lyons."

"The widening will allow better traffic flow and safer passing of heavy trucks," said Scott, "which make up 20 percent of the daily traffic."

The new lanes and bridges were designed by the Georgia Department of Transportation.

"The bridge construction over the Altamaha River is plagued with a seasonal limitation for river access due to the sturgeon spawning season," said Scott. "This allowed UIG to operate in the river waterway only during July 1 to August 15 and December 15 to January 15. This accelerated their efforts in establishing barge brigades and coffer dams for drilled shaft construction during these periods so that they could continue work inside their established isolated areas during the rest of the year."

"After the intersection reconstruction, stage traffic shifts will be utilized to shift all traffic to the new stage 1 constructed lanes allowing the removal, rehabilitation, and new construction of the existing lanes," said Scott. "After completion of the existing lane stage, traffic will be split onto its final directional lanes and the final layer of asphalt will be placed, along with signing and marking for final alignment. 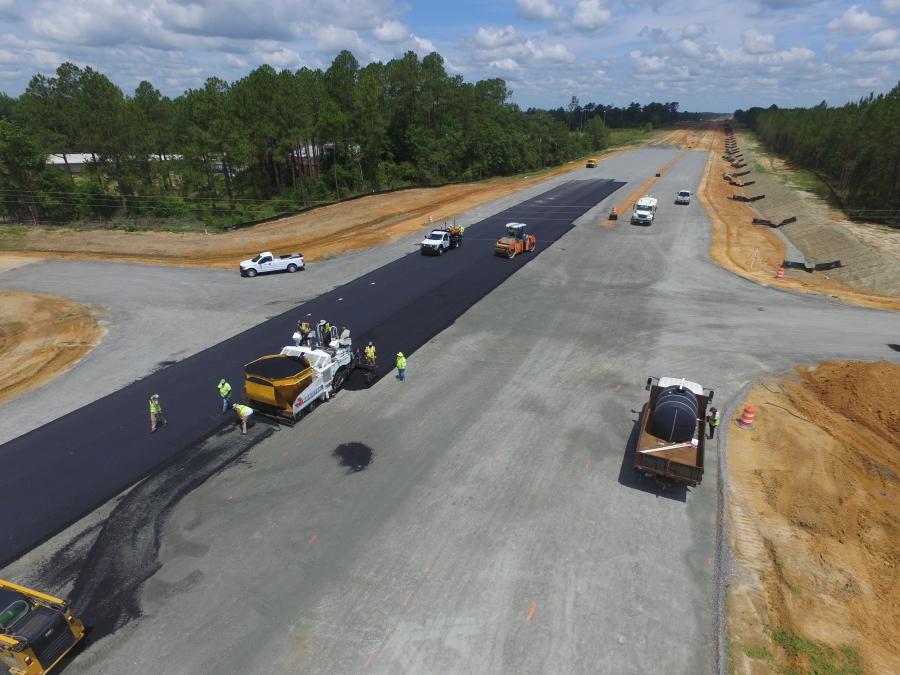 UIG is currently working on bridges 1, 2, 3 and 4 right. Based upon the completion of the stages, only bridge 4 left will remain to be constructed following the demolition of the existing bridge 4.

"We will shift traffic onto the Phase 1 roadway in December of this year and begin on Phase 2 demolition, earthwork, storm drain, box culverts, GABC and paving," said Scott.

GDOT, according to Scott, is doing whatever is necessary to support UIF and MEI.

"The GDOT team assigned to the project has been very easy to work with and has made quick decisions on all minor issues to date," Scott said. "We are in a very rural area and cooperation with the residents along the project has been very positive. Widening projects always carry utility relocation issues, but we started early to help the utility companies by coordinating our clearing efforts to the areas of relocation and were rewarded with utility relocations happening ahead of schedule. We own property along the project area and have plenty of space for field offices, material sources, material storage, etc.

With the clearing of the forests and fields, the earthwork could start.

"We performed two earthwork operations simultaneously," said Scott. "We had an on-site crew utilizing Komatsu 360i GPS integrated excavators loading either Volvo 30 ton or over the road 10 wheel dump trucks. Another crew was placing borrow material excavated from our pit with a Cat 345 excavator being loaded over the road 10 wheel dump trucks. All material was being bladed into place by Cat D6N GPS dozers and Komatsu 61i GPS dozers. Subgrade crews then utilized Cat 140M GPS motor graders to fine grade before placing GABC."

The project has McLendon installing more than 25,000 linear ft. of pipe.

"All pipe needed was supplied and stored near the point of installation," said Scott. "Other inventory needed was stockpiled for later use."

Road construction began with the placing of 146,000 tons of graded aggregate base course for the new lanes.

"GABC is 10 inches of final thickness," said Scott. "GDOT specs require it to be placed in two lifts, a 6-inch lift followed by a 4-inch lift to finish. We were able to start GABC installation while still working subgrade in other areas and earthwork in other areas due to our project length of over nine miles." 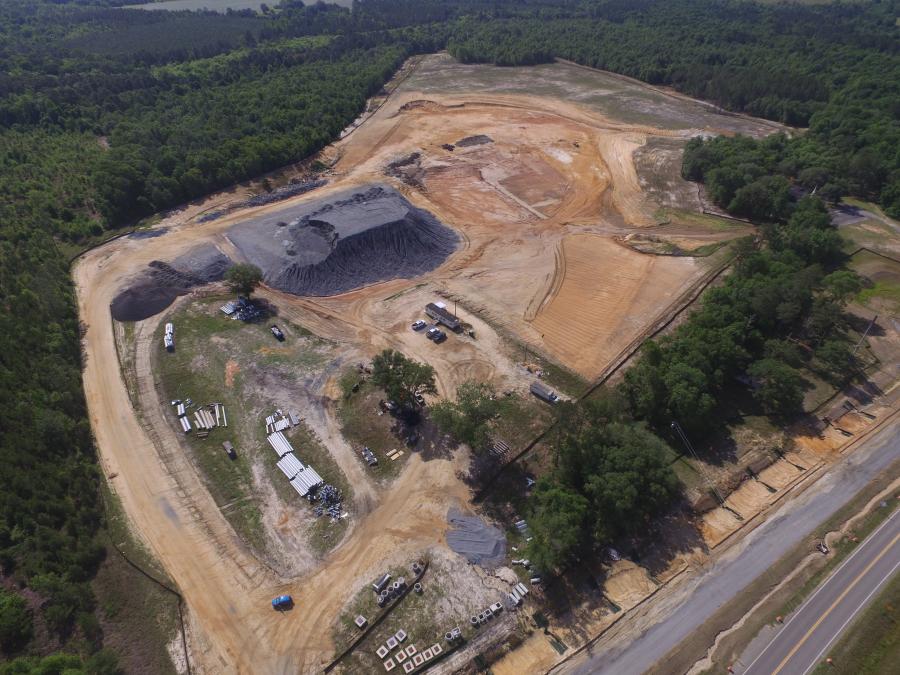 "The bridge construction is also very neat as bridge one has drilled shafts were chosen as the method of construction for the Altamaha River bents," said Scott.

"This team is extremely strong in experience, accuracy of work, production and work very well together," said Scott.

On peak days McLendon will have 20 to 25 employees on-site.

"We subcontract very little work as we self-perform all of our subcontract items," said Scott.

Demolition of existing roadway, headwalls and culverts should yield approximately 16,000 tons of asphalt milling and 15,000 tons of concrete.

"We will utilize the asphalt milling at our asphalt plant in Toombs County," said Scott. "We will stockpile and crush the demo concrete into usable base material for local projects in the county. We recycle everything that is feasible on all our construction projects and send very little to landfills."

The amounts of new materials are still being tabulated.

"We have mechanics that operate out of our Vidalia shop that go to projects as needed for routine maintenance, repairs, etc.," said Scott. "General maintenance will avoid big costly repairs, so we stress this to our operators and mechanics. We try to keep extra GPS electronics on each project in case something like a cable or antennae is damaged or a major electronic device goes bad so that we can continue working as we are dependent upon our GPS technology."

McLendon purchases and rents equipments from local and regional dealerships.