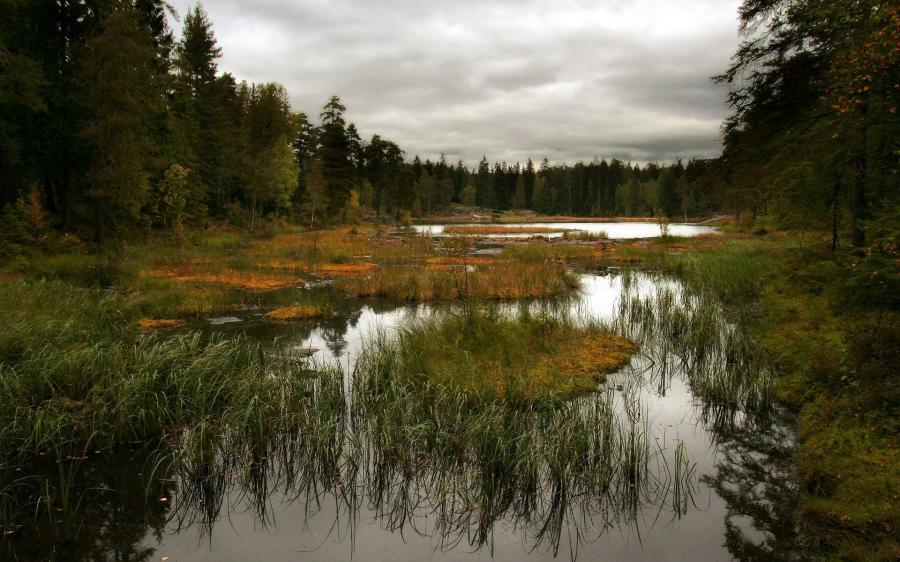 Flooding has caused several bogs made up of muck, cattails, tall grass and other vegetation to break free. (http://miriadna.com photo)


FOX LAKE, Ill. (AP) _ Crews are wrestling with large floating bog islands on some northern Illinois waterways that are creating hazards for boaters and threatening damage to piers.

The Fox Waterway Agency's director said recent flooding on the Chain O'Lakes and the Fox River caused several bogs made up of muck, cattails, tall grass and other vegetation to break free. Joseph Keller told the Daily Herald those bogs can then be pushed around by currents or winds.

Crews used a barge carrying a construction excavator to remove a 50- by 20-foot bog from Lake Catherine. Another bog that spanned about an acre-and-a-half blocked a channel opening near Squaw Creek's access to the Chain. Officials had to close a part of a highway bridge while it was removed.