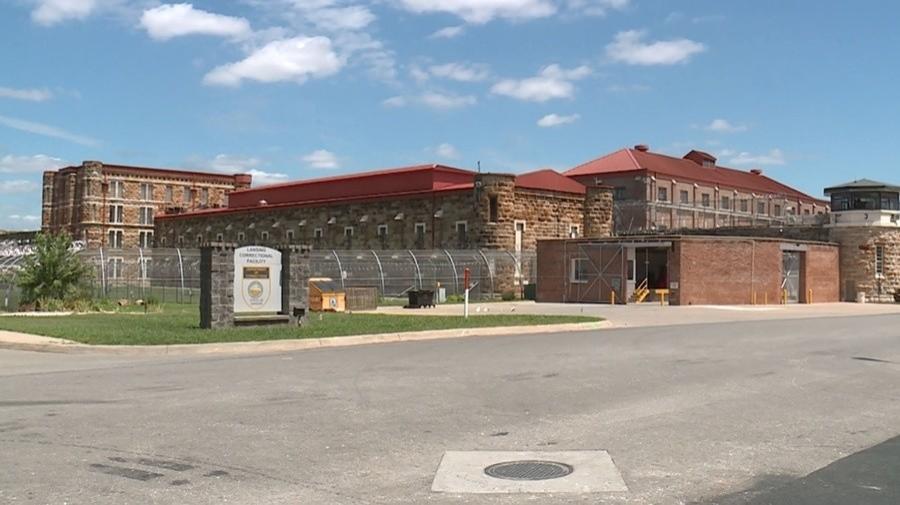 The Department of Corrections plans to have private-prison giant CoreCivic Inc. oversee construction of a 2,400-bed prison in Lansing to replace the state's oldest and largest prison there. (kmbc.com photo)

TOPEKA, Kan. (AP) Kansas legislators' criticism of a plan to build a new state prison reflects bipartisan mistrust of the Department of Corrections and doubts that it seriously considered a potentially cheaper alternative to leasing the new facility from the company building it.

The department plans to have private-prison giant CoreCivic Inc., based in Nashville, Tenn., oversee construction of a 2,400-bed prison in Lansing to replace the state's oldest and largest prison there. Kansas would pay for the two-year, $170 million project by leasing the prison for 20 years, with the state controlling staffing and operations.

When legislators approved the project as part of the budget earlier this year, they gave the department an alternative for financing the project by authorizing up to $155 million in bonds. Now, lawmakers in both parties are upset the department didn't use it, disagreeing with corrections officials that a lease-purchase agreement would be less expensive over time.

The joint legislative committee that reviews building projects would not endorse the plan. It's a bad omen for the department ahead of a potential vote later this month by legislative leaders and Republican Gov. Sam Brownback on whether the project goes forward.

Legislators from both parties accused the department of engineering the contracting process to produce the plan it favored all along, despite lawmakers' misgivings. They also said they still don't have enough details about the new prison's operations or how building it fits in a long-term plan for dealing with the state's increasing prison population.

“So much of this process was done behind closed doors,' said Senate Ways and Means Committee Chairwoman Carolyn McGinn, a Sedgwick Republican and building committee member. “It wasn't an open process.'

Information about the bids remained sealed until Nov. 30, and the department declined to identify the bidders publicly for legislators for at least two months after another agency disclosed them in July.

McGinn's skepticism is significant because she's one of the eight legislative leaders serving with the governor on the State Finance Council, which must give the final go-ahead.

The department argues that delaying the project will make it more expensive because construction costs are likely to rise in the near future. Corrections Secretary Joe Norwood told the committee that if the project doesn't go forward, staff and inmates will continue to work and live in a “less than desirable' environment.

“As infrastructure at Lansing continues to age, it's going to continue to deteriorate,' he said.

And Democratic state Rep. Jeff Pittman, a Leavenworth Democrat who supports the plan, said he's frustrated by the skepticism toward it.

“Some people feel like things were railroaded on them, but I do think this thing has been in the works for a year and that there has been time for them to look into some of the details,' he said.

Parts of the existing prison in Lansing date to the 1860s, and legislators concede that it is deteriorating and that modern prison design is safer for guards. The department said a new prison can be staffed with 46 percent fewer workers, allowing some operational savings.

Norwood said a lease-purchase agreement is the better option for financing the project because CoreCivic would assume the risk of construction cost overruns and be responsible for upkeep. The state's annual payments would start at $15 million and total $362 million over 20 years.

Besides CoreCivic, the only other company to submit a bid was another private corrections company, GEO Group, of Boca Raton, Fla. GEO Group's proposal called for annual payments starting at $20.4 million — with an extra $200 million due at the end of the lease, the department said.

Some legislators saw the wide disparity as reason enough to redo the bidding.

They also were suspicious that neither company submitted a bid for the project with bond-financing, though the department said the $155 million in state debt authorized for the project wouldn't be sufficient with rising construction costs. An uptick in construction following wildfires and hurricanes and a general improvement in the economy have caused labor and materials costs to increase, they said.

A state audit in July said bond financing for the new prison would be cheaper over time than a lease-purchase agreement. The department contends the audit's conclusions were based on now-outdated cost estimates, but auditors said the department's analysis at the time “used inconsistent assumptions' tending to favor a lease-purchase option.

“I think the information that we have has been parceled out to us selectively,' said state Sen. Laura Kelly, a Topeka Democrat.