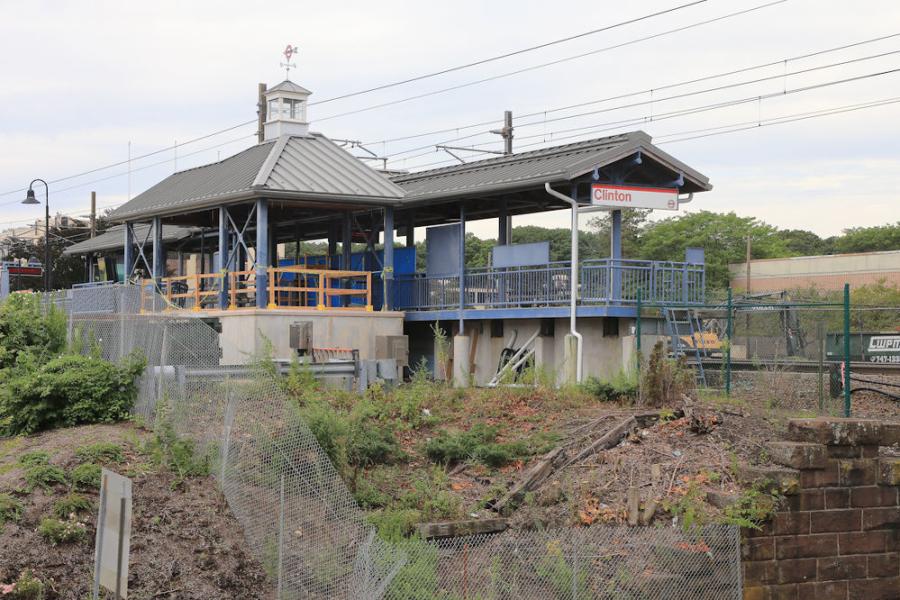 The $12.5-million project adds a new platform on the north side of the tracks, an “up-and-over” pedestrian bridge/elevator connecting both sides, a ramp to the new platform, a bike shelter and some additional parking.

A groundbreaking ceremony in June kicked off construction of the Clinton, Conn., rail station addition that is projected for completion in January 2021.

The $12.5-million project adds a new platform on the north side of the tracks, an "up-and-over" pedestrian bridge/elevator connecting both sides, a ramp to the new platform, a bike shelter and some additional parking. 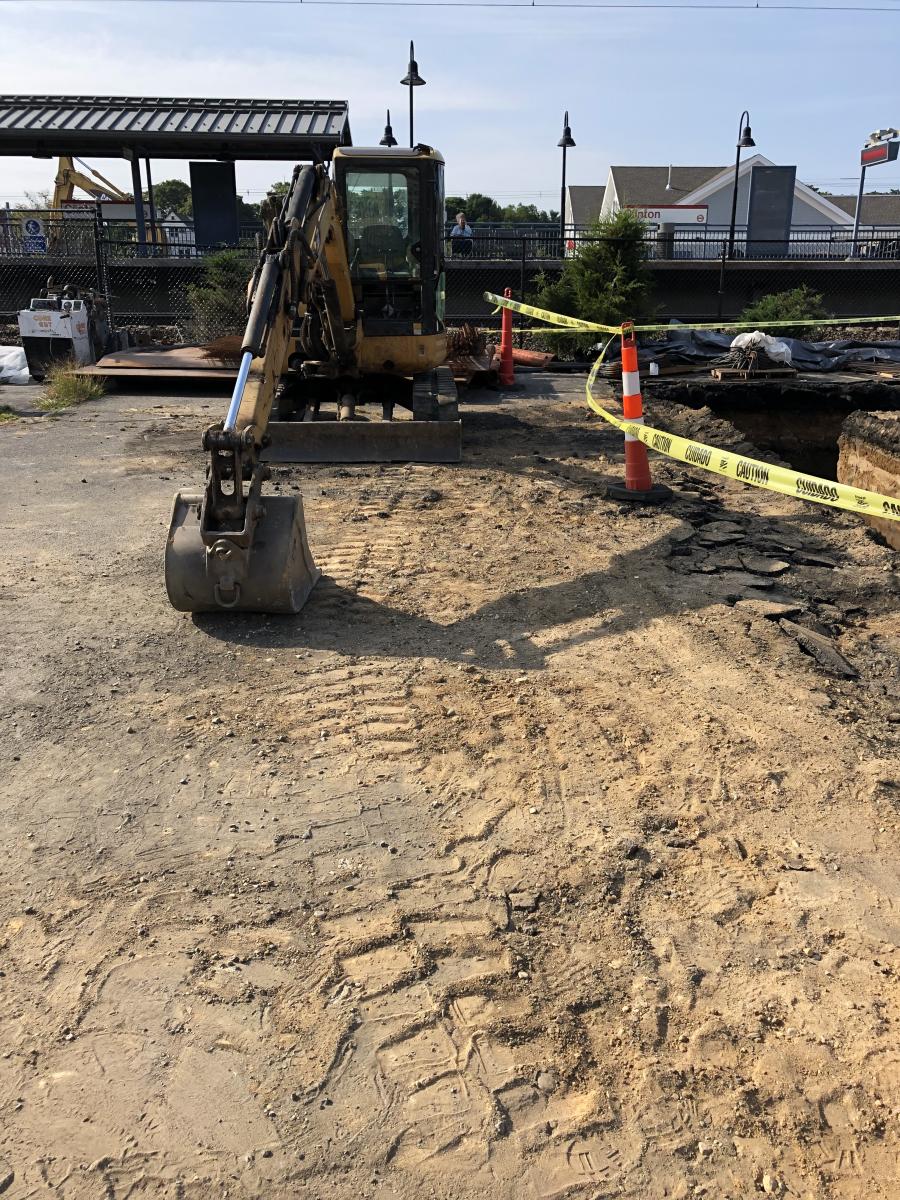 Lawrence Brunoli Construction of Farmington, Conn., is the lead contractor on the job. They are working with several subcontractors, including ACV Concrete of Meriden, Conn. who will be responsible for the majority of concrete installation and Deming Electric of Enfield, Conn. who will install conduits and electrical wiring.

"Shore Line East carries tens of thousands of commuters every month and we are working hard to update our stations and provide new amenities for rail riders," said Lt. Gov. Susan Bysiewicz.

Dan Neagle, vice president of Lawrence Brunoli Construction, said, "The project involves making renovations to the existing train station. We're adding a new stair tower/elevator to provide access to both sides of the tracks and we will add a stair tower with a connecting bridge on the north side, along with a new platform and parking area."

He said the starting date was May 3.

There are currently 125 parking spaces on the south side lot. Another 21 spaces will be added on the north side, as well as a "kiss and ride" drop off area, according to Mark Fullerton, CTDOT's construction engineer.

He noted that at this point there will be 21 new parking spaces at the northern lot, two will be for physically challenged folks. The number of parking spaces will remain the same at the southern lot. All disturbed/excavated areas will require on the order of 500 tons of asphalt to comprise the pavement structure. Industry standard equipment will be used to pave and densify the asphalt at the time of placement.

Neagle provided a long list of construction equipment projected for use on the job, which includes excavators, loaders and dozers. Among the excavators are the Volvo EC360B LC, Cat 311 and Hitachi ZX35U. The loaders include the John Deere 624, Volvo BL70B and Cat 226B3. Cat D5H and John Deere 550B dozers also will be used.

The job has just begun. "Crews are boring test holes, locating and marking out various utilities," Neagle said. 'Test Pits' along the northern rail to confirm the location of the existing fiber-optic and other communications line were dug by hand (shovel) over 2.5 days. 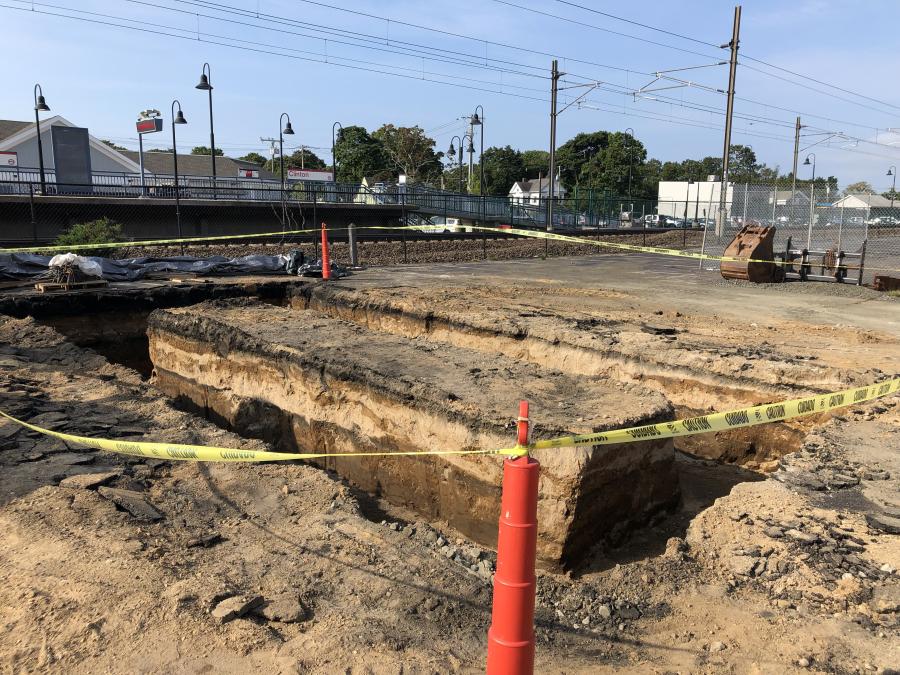 Fullerton said, "We've poured a foundation for the new bike shelter. A total of 28 cubic yards+/- of concrete were used and it was constructed over a period of five days to include excavation of the earth."

The job is in its early stages, and there have been no setbacks, but Neagle is cautious.

"Nothing goes without a hitch. There are a lot of contours when working on a train station and safety is the number-one priority. Amtrak is diligent in that regard and they should be. Everything must be well coordinated and calculated.

"There is a fair amount of hand work because of existing utilities and proximity to the tracks and we need to work closely with Amtrak to schedule power outages and track foul time."

He noted the project is governed by Amtrak, which operates the Clinton and other Shore Line East stations, which include nine stops from New Haven to New London and carried almost 600,000 passengers in 2018, according to CTDOT.

Fullerton said there have been delays on the project which may impact the completion date.

"There was a delay on the temporary right to enter from Amtrak and an additional delay when we were seeking to add additional borings before we drive our sheet piling. The completion may be mid 2021 instead of the original date of January, 2021."

Michael Baker International, the design firm on the project, was unavailable for comment. CEG