CTDOT Does Work in Advance of Larger Walk Bridge Replacement 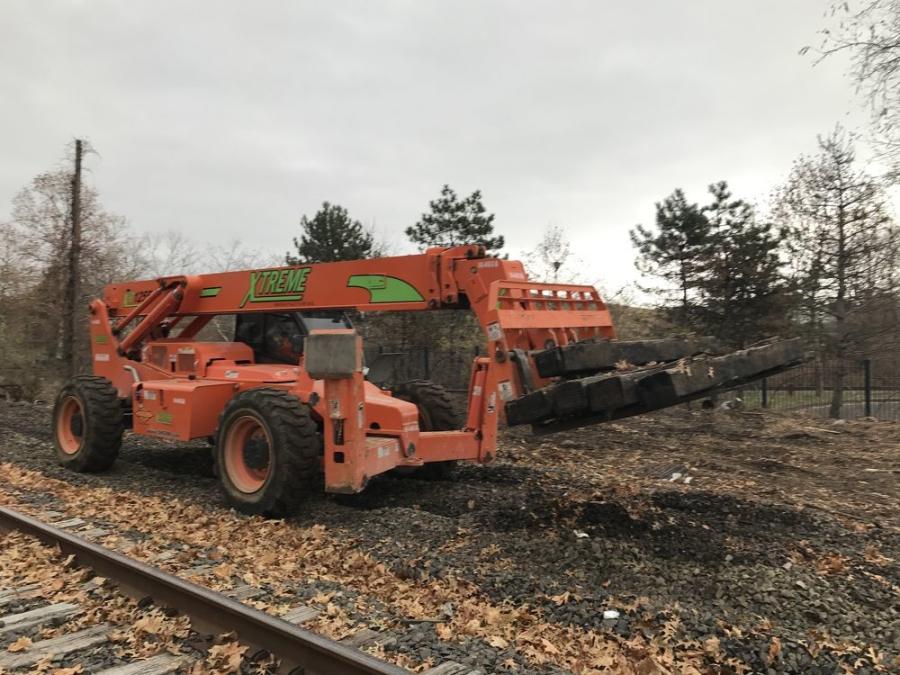 The CP243 Interlocking Project calls for a powered switch and signal system that allows trains to move from one track to another. (CTDOT photo)

As part of a much larger undertaking, the Connecticut Department of Transportation (CTDOT) is overseeing two key projects that will be completed in advance of the highly publicized Walk Railroad Bridge replacement. The CP243 Interlocking Project and the Danbury Branch Dockyard are independent of the structure replacement over the Norwalk River.

“The CP243 Interlocking and Danbury Branch Dockyard projects will improve the dependability of operations on the New Haven Line during construction of the new Walk Bridge,” said James Fallon, CTDOT manager of facilities and transit. “The new Walk Bridge will be constructed in two halves. During construction, the four-track service will need to be reduced to two-tracks to allow work to progress on two tracks at a time.”

The CP243 Interlocking Project will facilitate construction of the Walk Bridge by allowing trains to switch tracks, and maintain service, during the necessary two-track outage. The Danbury Branch Dockyard Project will electrify the southern portion of the Danbury Line, up to one mile north in the area formally known as the Dockyard. The electrification of the line will allow electric commuter and freight trains to travel up to Jennings Place. The trains can be staged and change direction of service when not in use on the mainline.

Fallon said conditions are ideal for performing the work.

“Fall 2017 was a good time to start construction of the CP243 Interlocking and Danbury Branch Dockyard Projects, because the improvements need to be completed in advance of the two-track outage required for Walk Bridge construction. The improvements help maintain rail service, and minimize any service delays during construction.”

The CP243 Interlocking Project calls for a powered switch and signal system that allows trains to move from one track to another.

“Construction of a powered switch and signal system will reduce the length that trains need to travel on the same track to two miles from the South Norwalk Train Station to the new CP243 Interlocking,” said Fallon. “Trains currently travel seven miles between South Norwalk Train Station Interlocking at CP241 and the Greens Farm Interlocking at CP248 before they can switch tracks. The new interlocking makes railroad operations more flexible during construction, regular rail service and maintenance activities. 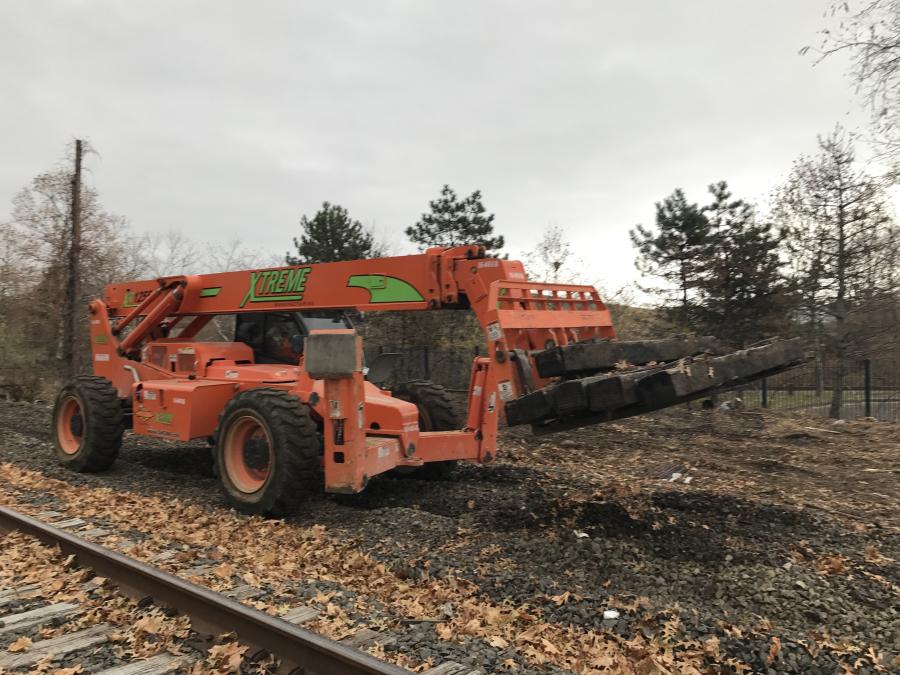 “During the replacement of the four-track railroad over the Norwalk River, a two-track outage will be necessary to facilitate construction of half of the bridge at a time. At the new interlocking, trains will be able to switch over from one of the four existing tracks down to the temporary two-track operation over the railroad bridge. This allows regular service through the area to be maintained.

“CP is the control point, 2 refers to the New Haven Commuter Line and 43 is in reference to the nearest mile post on the rail line, marked from Grand Central Station.”

The Danbury Branch Dockyard Project will electrify the southern portion of the Danbury Line, up to one mile north in the area formally known as the Dockyard.

“The electrification of the line will allow electric commuter and freight trains to travel up to Jennings Place, currently traveled only by diesel trains,” said Fallon. “The Dockyard is where trains will be staged and can switch direction of service when not in use on the mainline.”

The estimated construction cost for the CP243 Interlocking project is $236 million. The projected price tag for the Danbury Branch Dockyard project is $75 million. The Walk Bridge Program is being funded through a combination of federal and state funds. Federal dollars are allocated through a grant process with the Federal Transit Administration (FTA), while state funds are provided as part of the department's capital bond request and approved by the state bond commission. The split between federal and state contributions is subject to change, based upon the availability and requirements of the federal grant program. The funds are requested and allocated, as needed.

Fallon noted that once the CP243 Interlocking and Danbury Branch Dockyard Projects are complete, the two-track outage needed for the Walk Bridge Replacement Project is feasible. This outage facilitates the construction of the new Walk Bridge, as well as the Fort Point Street, Osborne and East Avenue Bridge replacements.

Other work under the Walk Bridge project includes railroad embankments on each side of the river; retaining walls; the replacement of track and catenary systems; traction power; the removal of the existing high towers; and replacement of the Fort Point Street Bridge.

“All of that work will occur during the Walk Bridge Replacement Project, and will utilize the same track outages. The replacement of the Walk Bridge includes new approaches on the west and east sides of the river, including the Fort Point Street Bridge. Removal of the existing high towers and relocation of transmission lines is necessary to occur prior to the start of construction on the mainline.”

Fallon said replacement of the Walk Bridge is critical.

“The existing four-track swing bridge is 121-years-old, and has outlived its intended lifespan. In recent years, it has suffered multiple mechanical failures. For example, in May and June 2014, the bridge failed to close in two separate instances, which greatly affects rail transportation on the mainline.”

The Walk Bridge Replacement Project is currently at the 30 percent design phase. It is anticipated to reach 60 percent design in early 2018, and final design at the end of 2018. Construction should begin in mid-2019.

The work currently taking place involves the mobilization of work areas, fencing installation, waste stockpile area construction, tree-trimming/clearing and the removal of overhead wires and track on the Danbury Branch Line. The superstructure replacement of the railroad bridge over Ann Street will begin by spring 2018. 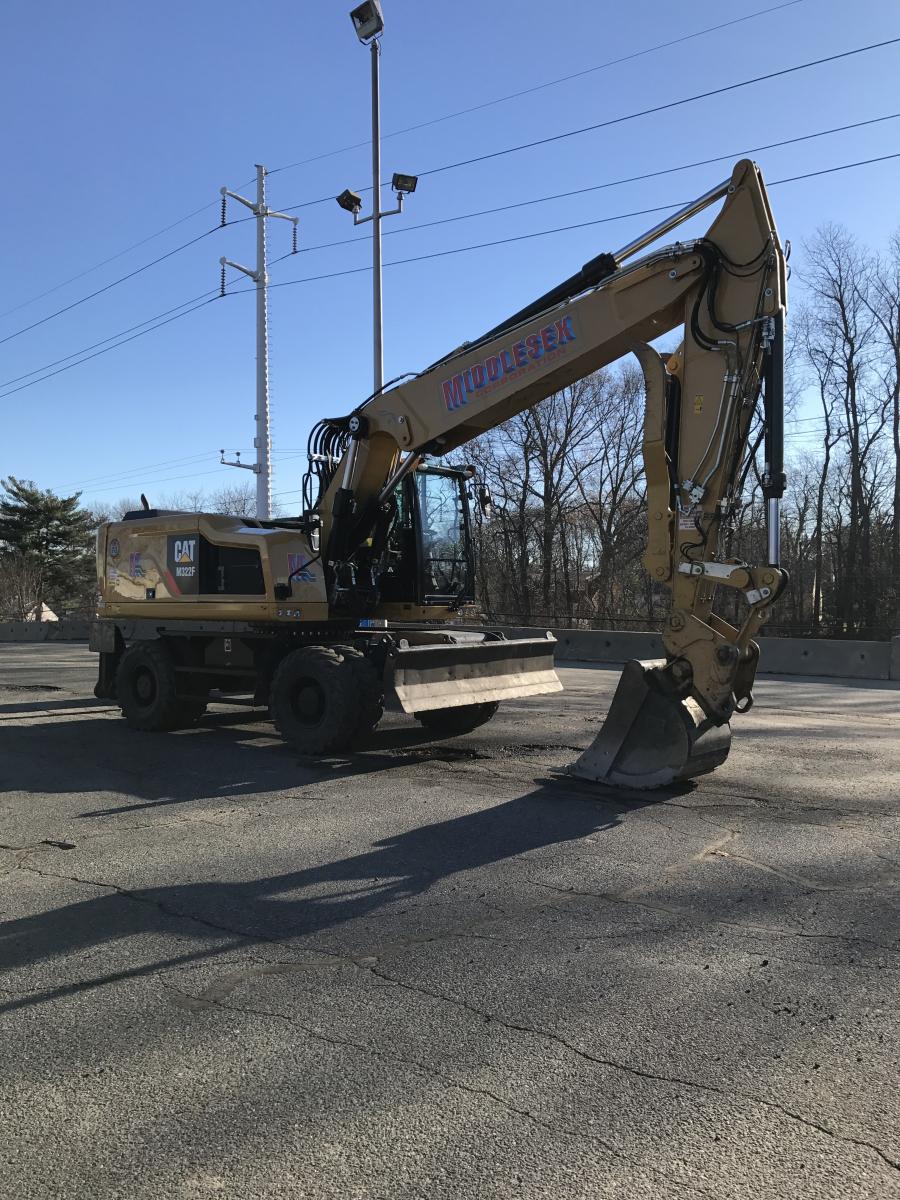 “This work will primarily be done using conventional excavation equipment. The work will be completed during scheduled track outages, and in stages at night or on weekends. High rail equipment will be used to place most of the new sub ballast and ballast. There will be approximately 50,000 cubic yards of dirt/material excavated during the CP243 Interlocking and Danbury Branch Dockyard projects.”

The primary materials being used during construction of the CP243 Interlocking and Danbury Branch Dockyard projects are railroad ties, track and crossovers. Ballast and sub-ballast material will be used for the new track bed. New catenary structures will be constructed with catenary poles, wires and hardware. Structural steel is required for the Ann Street Bridge superstructure replacement.

As for the replacement of the Osborne and East Avenue Bridges, Muckenhirn said that work will occur concurrently with the Walk Bridge Replacement Project.