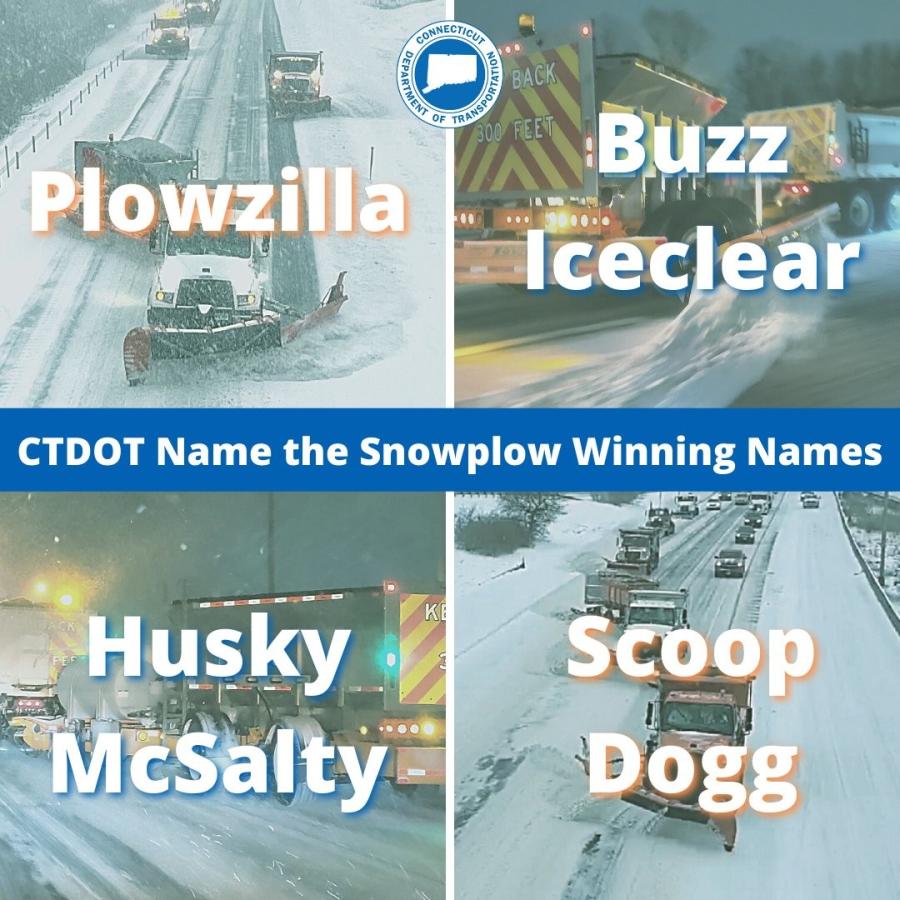 The Connecticut Department of Transportation (CTDOT) announced the four winning names from its inaugural "Name the Snowplow" contest. The winning names are Scoop Dogg, Husky McSalty, Buzz Iceclear and Plowzilla.

CTDOT received nearly 1,700 entries from Connecticut residents. The DOT staff participated by voting for the top 20 names. And out of those 20 names came the winning four which were selected by the public. Gov. Ned Lamont also joined in the fun and revealed the four winning names in special video here.

"The Name the Snowplow contest was a new way for the DOT to connect and engage with residents across the state. I appreciate the creativity, enthusiasm, and fun residents had with our first-ever snowplow naming contest," said CTDOT Commissioner Joseph Giulietti.

"These newly named snowplows will be traveling throughout the state. As always, keep yourselves and our drivers safe — don't crowd the plow."

The CTDOT highway operations team consists of 1,600 people including more than 700 who drive snowplows in the winter. There are more than 600 state plow trucks including 24 tandem axle Tow Plows.

The four winning names were selected to represent the four CTDOT maintenance districts in Connecticut. The snowplow names will be displayed on the front sides of four CTDOT tandem axle Tow Plows that have the 26-feet plowable width.