Cuomo, Christie Set Aside $5.55B for Hudson Rail Tunnel 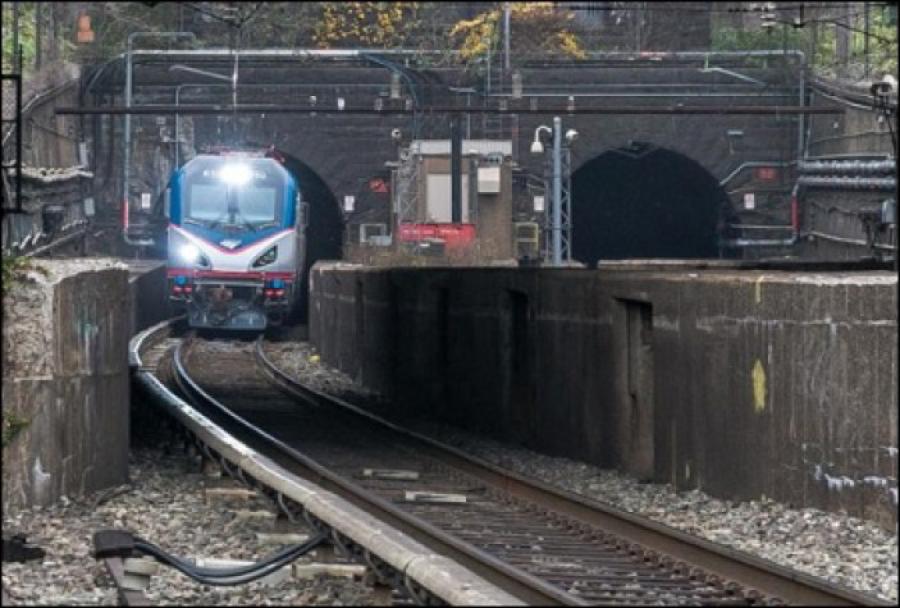 The long-planned project would add a new two-track tunnel to augment the two aging, single-track tubes now handling trains moving between the two states under the Hudson.

The governors of New York and New Jersey announced their plan to provide $5.55 billion or half the total project cost to build a proposed Gateway Tunnel under the Hudson River for passenger trains moving in and out of New York City.

New York's Andrew Cuomo and Chris Christie of New Jersey said they now look to President Trump's administration to fund the other half of a project they said is important to the national economy and to train traffic serving a broad region outside their states.

The long-planned project would add a new two-track tunnel to augment the two aging, single-track tubes now handling trains moving between the two states under the Hudson. Those existing tubes suffered damage from Superstorm Sandy in 2012 and are at risk of a potential shutdown, which could disrupt up to 200,000 daily commuter and intercity passenger train trips.

The project would put the new tunnel into operation, allow the existing ones to be rehabilitated and leave the system with additional capacity once all long-term repairs are completed.

The two governors invoked a 2015 framework funding agreement they had worked out with the Obama administration for a 50/50 cost split between the federal government and local authorities.

Their announcement said NJ Transit will chip in $1.9 billion, while New York contributes $1.75 billion and the Port Authority of New York and New Jersey provides $1.9 billion that its board previously committed. Each state would seek 35-year, low-interest federal infrastructure loans and commit to strategies to repaying them with interest over time.

“The commitments we make today mark a pivotal milestone in the construction of the Hudson River Tunnel Project,” said Christie. “It positions the project to immediately compete for federal capital investment grant funds.”

Cuomo said: “New York State is stepping up to fund its share of the financial commitment as we rebuild our infrastructure all across the state. Now the federal government must fulfill its commitment to fund the other half and make this urgent, long-overdue project a reality.”

In a Dec. 13 letter, Robert Mujica, New York Budget director said the state proposes to obtain a $1.75 billion federal rail improvement loan and commit to paying its debt service costs over 35 years from legislative appropriations that would be recouped “from the new infrastructure revenues and offsets.”

Steven Santoro, NJ Transit executive director said in a separate letter that his agency would obtain a similar long-term federal loan of $1.9 million, and cover its repayment costs by assessing new per-trip charges on NJ Transit customers transiting the Hudson between the two states. He estimated those new fees at 90 cents per trip starting in 2020, and rising to $1.70 each way in 2028 and $2.20 in 2038.