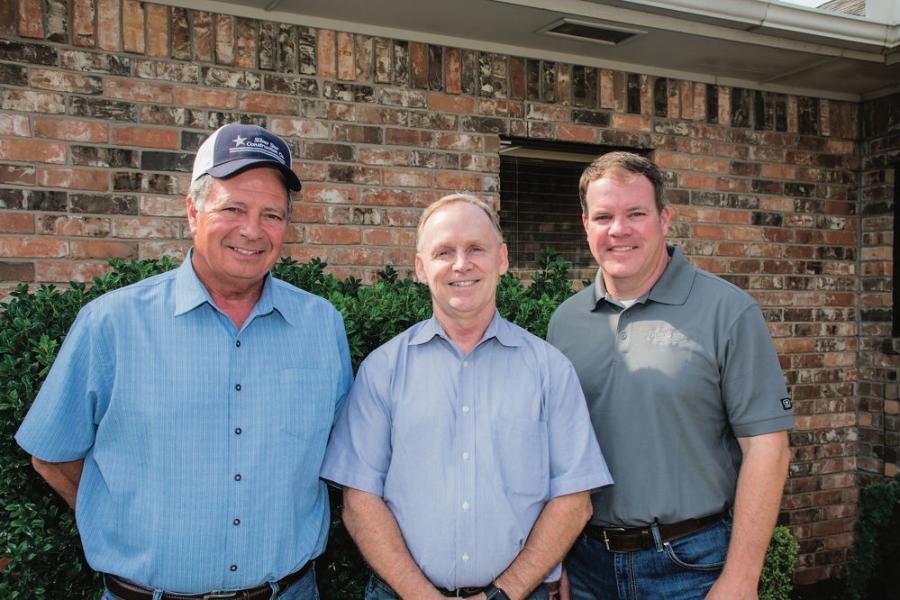 Ten years ago, when Silver Star Construction Co. Inc. became employee-owned, it gave more than 200 people a stake in their own business and future. Although the structure of the company changed, the leadership at the top remained the same.

“Being part of an ESOP (employee stock ownership plan) gives people the incentive to always focus on doing their best, a quality job done right and customer satisfaction,” said Shawn.

That sense of purpose has been a hallmark of Silver Star Construction since Shawn bought a box-blade tractor and a single-axle dump truck to do small residential jobs on his own. He leveled house pads and cut driveways for local homebuilders in Moore.

“If you do good work, the word gets around,” Shawn stated. “Customers referred me to other homebuilders and developers, and things really took off.”

Through the years, customers asked Shawn to provide additional services and work in other markets, and he grew to accommodate them.

“We were on a commercial job in Oklahoma City when a potential customer approached us about putting down some lime slurry for a subdivision,” he recalled. “That spurred us into larger residential jobs.”

“It became evident that we could handle the paving and take a better hold of the marketplace,” Shawn recalled. “Approximately 25 years ago, I started looking for an asphalt plant, and Craig got wind of it. He said he would like to be a part of making it happen. We shook hands, and he's been here ever since.”

At the time, a local paving contractor had a plant he was looking to sell and contacted Shawn about buying it. Silver Star added more paving equipment and put together an asphalt paving crew.

Today, it has three asphalt crews, as well as three mass excavation, six stabilization, two concrete, two miscellaneous and two municipal crews. The company typically has close to a dozen jobs going at any time. In addition to its home office in Moore, Okla., Silver Star Construction has a satellite location in Ardmore, Okla.

“We provide complete turnkey packages, managing the entire site,” Parker noted. “Silver Star Construction does the dirt work, paving, storm-sewer installation and, if necessary, stabilization. Other utilities and bridges are subbed out, along with some other ancillary items. In total, we handle probably 85 percent of any project where we are the prime.”

The firm also subs to other general contractors when paving is not the primary component of a contract, such as large bridge construction. Additionally, it does strictly stabilization jobs and serves as the street department for the cities of Moore and Mustang, which privatized their public works a few years ago.

“Our projects range in size from $50,000 to more than $20 million, from parking lots to state department of transportation highways,” shared Parker. “In terms of concrete paving, we are very proficient in pouring streets and sidewalks as well as curb and gutter. We don't do much heavy highway concrete at this point – and I stress, at this point.” 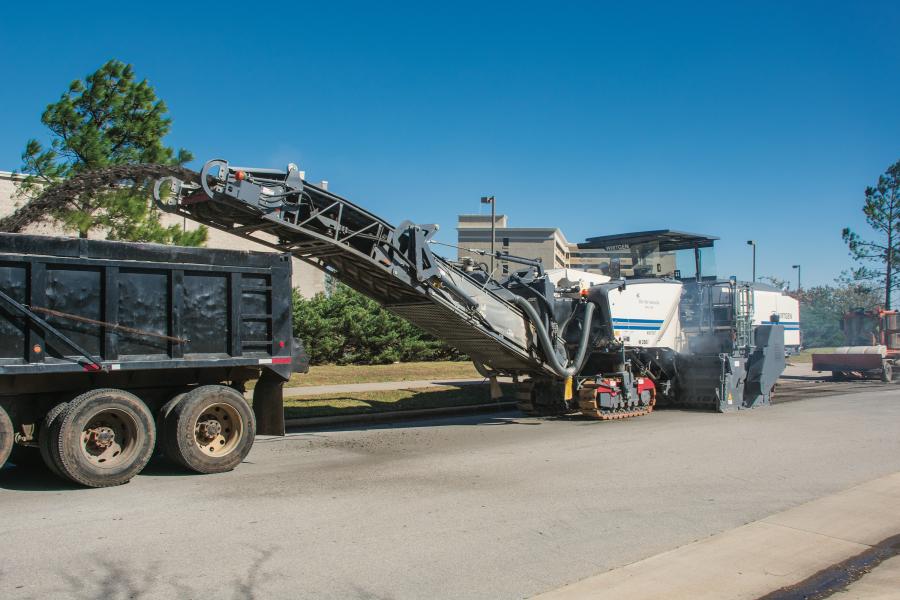 “We realized we couldn't continue to be competitive with our old mill, so I started shopping,” said Shawn. “The equipment manager and I took a trip to the Wirtgen factory and were impressed with the engineering that went into the mill. It's sturdy, well-built, technologically advanced and offers great versatility.”

“Another deciding factor in why we chose Wirtgen is its prevalence in the industry,” added Parker, who is the National Asphalt Pavement Association's 2018 chairman of the Board. “I talked to a lot of contractors across the country, and a large number told me they have Wirtgen mills.”

Silver Star Construction has used the mill on several contracts, including the removal of 40,000 sq. yds. of asphalt at an airport in Oklahoma City.

“We did it in roughly half the time it would have taken before,” said Parker. “Some of the pavement was old and not very deep, so it went right through it. We have found it to be highly productive even on newer roads where we mill six to eight inches deep.

“It allows us to mill a full highway lane at once with a 12-and-a-half-foot head,” Parker added. “We also have a 7-and-a-half-foot head that we use for city streets because those are typically 10 feet from the gutter to the center line. We get further versatility from the variable-speed milling head, and we can use a micro-mill head for fine-texture milling, which is becoming more prominent in our market.” 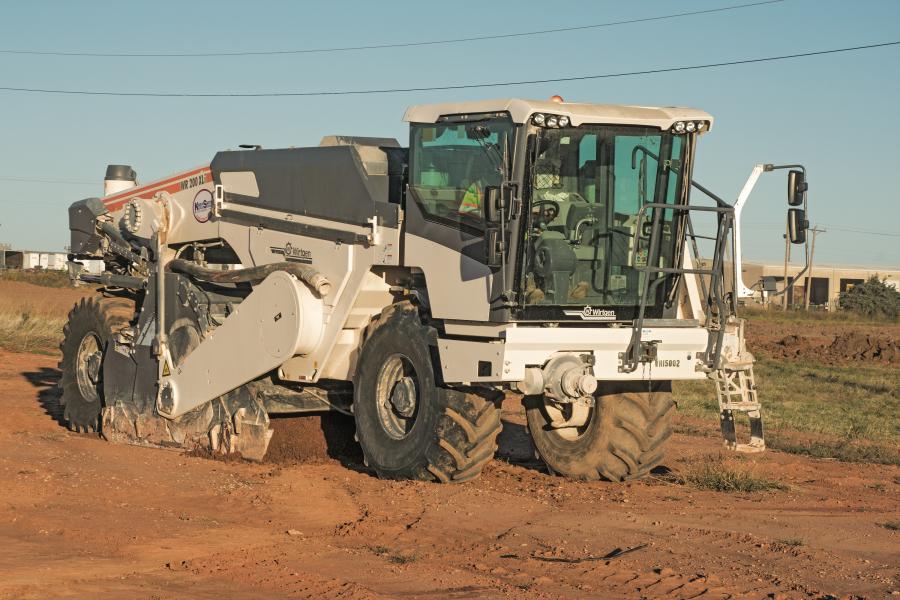 On some occasions, the asphalt is too deteriorated to mill. In those instances, Silver Star turns to cold recycling, and recently added a Wirtgen WR 200 XLi soil stabilizer/cold recycler. Silver Star uses the dual-purpose machine to chew up and incorporate the old pavement with existing dirt as part of subgrade preparation and/or stabilization.

“We use lime, fly ash or cement kiln dust for stabilization as well,” said Parker. “The WR 200 has water injection, so you can run it straight through the machine — as opposed to dumping it down the front like others. It gives us good production and is efficient.”

Silver Star Construction purchased both Wirtgen products from Kirby-Smith Machinery with the help of Ryan Bebee, territory manager. Under a maintenance agreement, Kirby-Smith handles service for the first two years.

“Kirby-Smith has always provided good service, and they and Ryan were outstanding about getting us the information we needed to make solid, informed decisions on the Wirtgen products,” said Parker.

Silver Star Construction grew from approximately 30 employees to more than 200 during the past 25 years. Like Shawn and Parker, many staff members have been with the company for two decades or more. Its leaders say that experience plays a vital role in the firm's success.

“This business wouldn't be where it is without the staff, and that was true before we became an ESOP,” said Shawn, noting that Silver Star Construction has only had one layoff in its 40-year-plus history. “I can't give them enough credit. At the same time, we're not content to rest on our laurels. We're always seeking new blood and ways to grow.

“There have been a lot of companies that expanded dramatically in a short time, and that rarely works out,” he added. “We take a controlled-growth approach, and if new opportunities arise, we'll look at those too, as long as they don't interfere with our ability to continue providing excellent service. We expect Silver Star to be here for a long time to come.”