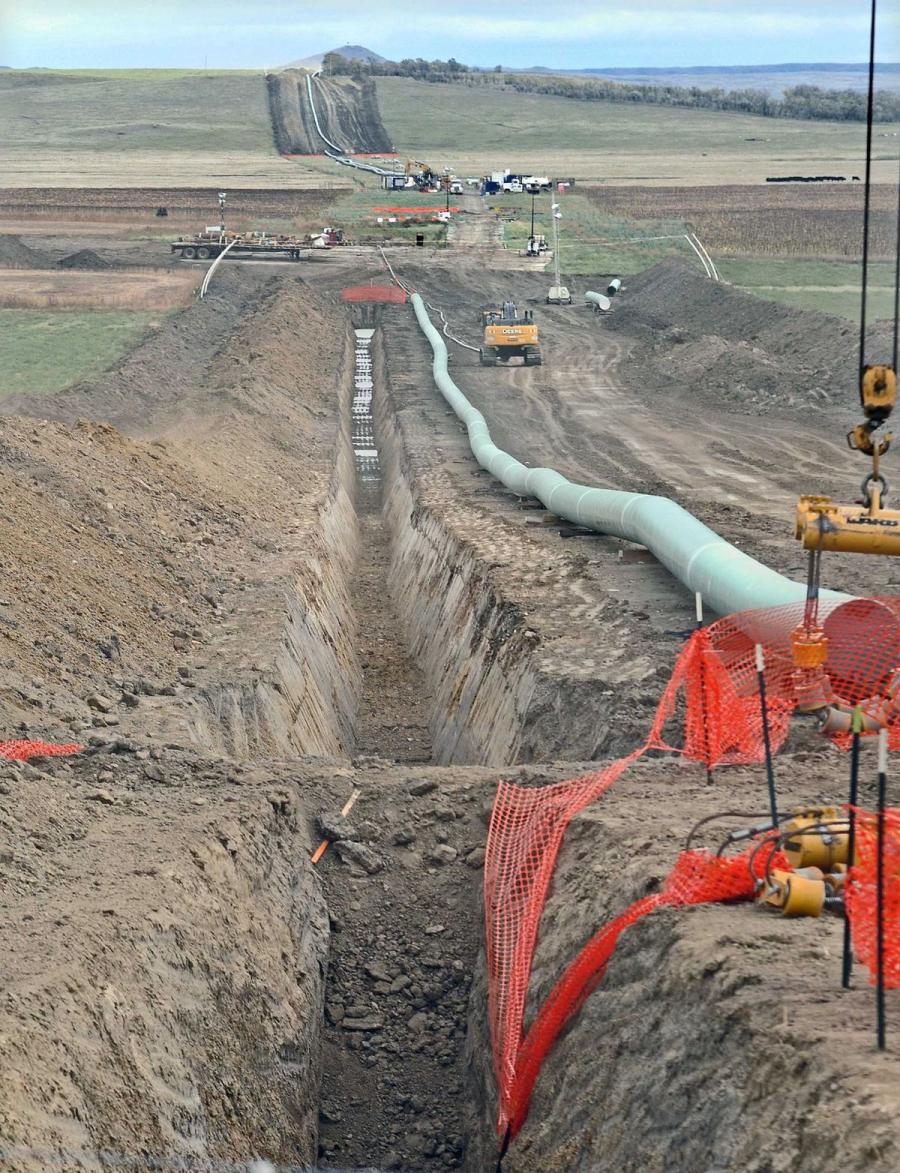 The company building the Dakota Access oil pipeline wants a federal judge to block the U.S. Army Corps of Engineers from launching a full environmental study of the $3.8 billion pipeline's disputed crossing of a Missouri River reservoir in North Dakota.

Texas-based Energy Transfer Partners asked U.S. District Judge James Boasberg on Tuesday to stop the Corps from publishing a notice in the Federal Register announcing the study. Boasberg scheduled a hearing for Wednesday.

ETP wants any further study put on hold until Boasberg, in Washington, D.C., rules on whether ETP already has the necessary permission to lay pipe under Lake Oahe — the reservoir that's the water source for the Standing Rock Sioux tribe.

ETP wants to block further study so that the decision on the permitting, which is likely weeks away, will be "free from the risk that its ruling will be frustrated or thwarted by new governmental actions." The Corps did not immediately respond to ETP's request.

The stretch under Lake Oahe is the last big chunk of construction for the 1,200-mile pipeline. The Corps wants to look at alternate routes, the potential for a pipeline leak and tribal treaty rights in the wake of opposition by the Standing Rock Sioux and its supporters who believe a pipeline leak would contaminate the tribe's drinking water.

ETP maintains the pipeline is safe and that the Corps gave it permission in July to proceed with the Lake Oahe stretch, but the Corps says all of the necessary steps have not yet been completed — including an easement to work on federal land and the notification of Congress.

An environmental assessment conducted by the Corps last year determined that the Oahe crossing would not have a significant impact on the environment. However, Assistant Army Secretary for Civil Works Jo-Ellen Darcy said in December that a broader environmental impact statement was warranted. Such a statement can take up to two years to complete, according to the U.S. Department of Energy.

The Standing Rock Sioux tribe has been urging people to lobby the Corps to start the environmental impact study before President-Elect Donald Trump, an energy supporter, takes office Friday. The tribe in a statement Tuesday said it's confident that a full environmental study would be "the best way to analyze the alternative routes."

The MAIN Coalition, made up of agriculture, business and labor entities that benefit from Midwest infrastructure projects, issued a statement saying it's "optimistic that the incoming Trump administration will soon issue the final easement for the Dakota Access pipeline."

ETP has already drilled entry and exit holes for the Oahe crossing, all on private property, and has already put oil in the pipeline leading up to the lake in anticipation of finishing the project, ETP executive vice president Joey Mahmoud said in court documents. -AP