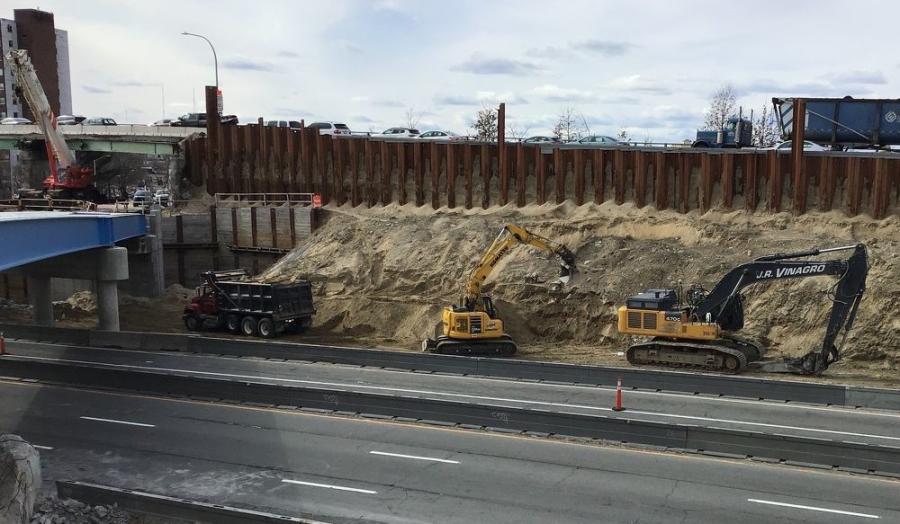 The $410 million 6/10 reconstruction is the largest construction contract put out in the history of the Rhode Island Department of Transportation (RIDOT).

It took a while, but the project on the books for at least three decades is finally under way and moving smoothly. 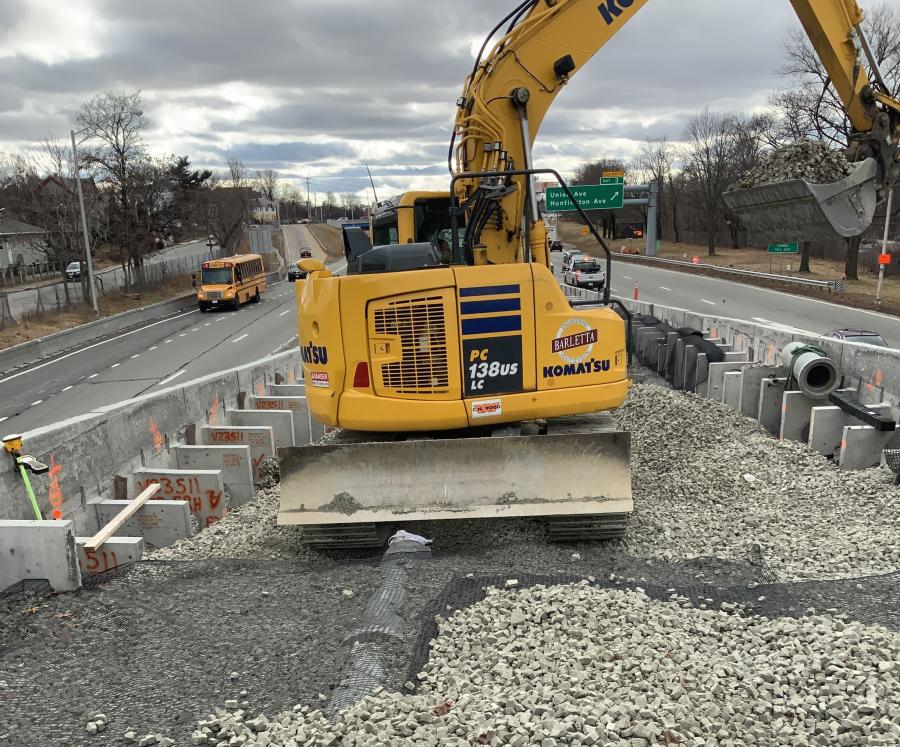 The $410 million 6/10 reconstruction is the largest construction contract put out in the history of the Rhode Island Department of Transportation (RIDOT). At its heart is a design build project to rebuild the Route 6/10 interchange west of downtown Providence in the neighborhood of Olneyville. The ramps and bridges comprising the interchange, originally built in the 1950s, had fallen into such a state of disrepair over the years, that seven of the nine bridges were rated structurally deficient.

"It was held up with temporary steel supports underneath for so long that we had to support the supports," said RIDOT spokesman Charles St. Martin III. "It's a major connector interchange. When you add all the cars, you're talking about 100,000 vehicles a day using it. The project sat on the drawing board for literally 30 years. We had an administration change and Gov. Gina Raimondo made it a priority and got it off the drawing board."

The interchanges connect the two-to-three lane limited access Route 6 with I-295 to the three- lane Route 10 that connects to Cranston and then up to I-95 in Providence. When the highway was originally built, it didn't include a connection from 10 northbound to 6 westbound, St. Martin said. The only option was to get off the exit before or after and wind your way through city streets. 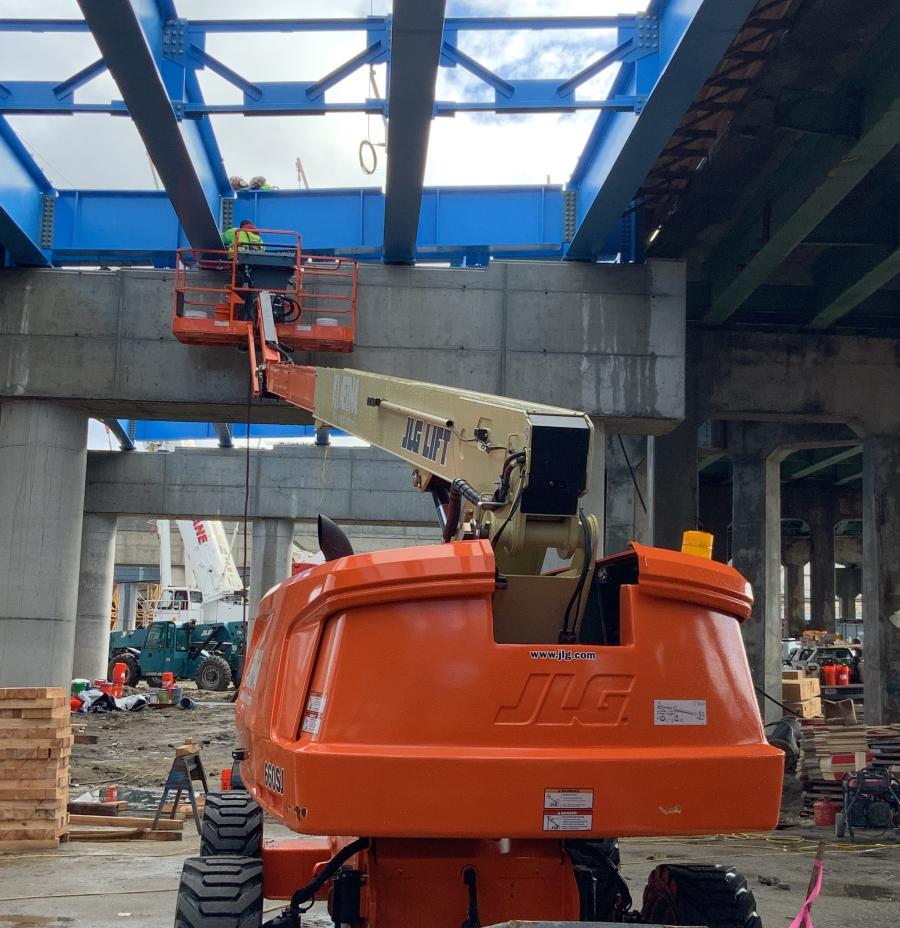 That "missing move," will be remedied by a new connector coming from 10 northbound to 6 westbound, "flying" over the interchange and meeting back with Route 6.

"That's a pretty large feature of the interchange," St. Martin said. "It's tall, the piers come out of the ground now and people say, ‘Wow, that's really tall.' The other major feature of the project is an elevated viaduct that is being demolished. The highway will be lowered, so you are removing a lot of elevated infrastructure, a lot of visual and physical blocks. The highway is being lowered and the cross streets — Westminster Street and Broadway — are being rebuilt across Route 10. You're going up visually and creating better pedestrian access."

The challenges on the job are many, said project manager Jay McGinn. There are miles of utilities to be moved, including a major gas line, multiple communication and electrical lines, a significant amount of steel and concrete work and one particularly tricky component involving a century old piece of masonry infrastructure.

"On the approach to the flyover we had a criteria for zero settlement over a 100-year-old brick sewer line that runs underneath," said McGinn. "It's an old-fashioned New England sewer. The abutment goes to the bridge. It's about 37 feet high. All that new soil would put too much stress on the brick sewer. RIDOT, the Federal Highway Administration and the contractor, put our heads together to solve this problem. We found a case study out of Philadelphia where this was used over a brick sewer and it worked out very well. The designer investigated it and the contractor looked at what they needed to do and found it was the best solution." 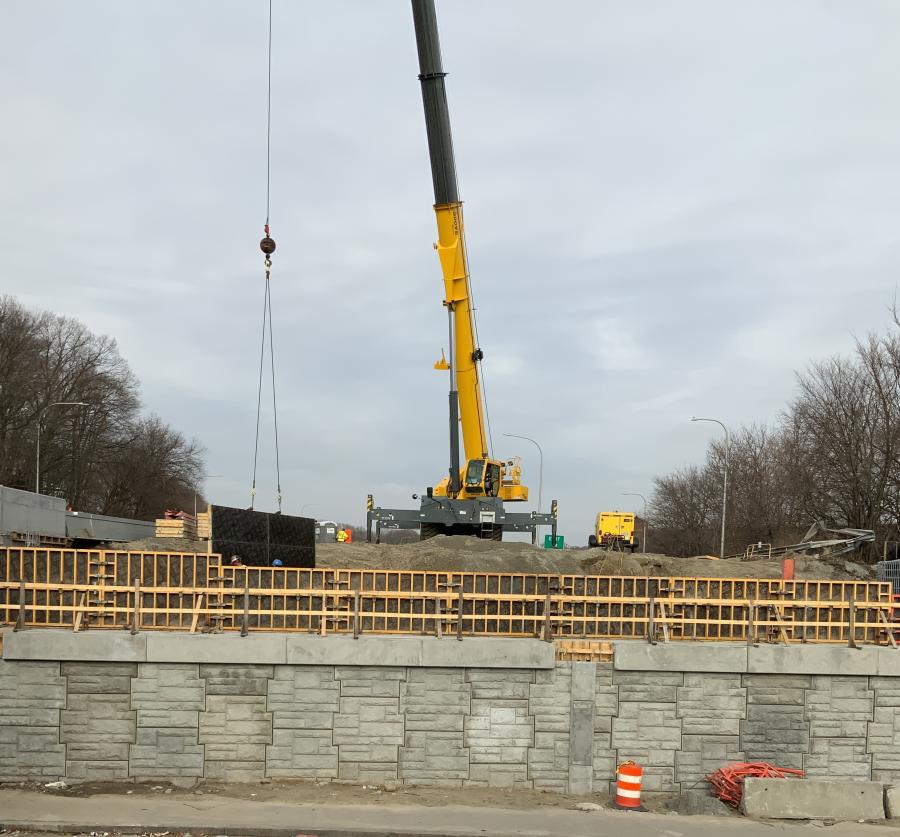 The project calls for the usual heavy equipment associated with new bridges and roadway, but one crane is particularly impressive, McGinn said.

"We just had a meeting today to talk about a big crane we rented. We've been using a 300-ton Liebherr crane, and just spent the past week lifting beams at night up over the highway. Earlier, we brought in a 600-ton crane with a telescoping boom. We will bring that crane back in when we do some other lifts of steel."

Here are the highlights of the project from RIDOT's overview: