On the project website, DelDOT states that the new U.S. 301 will remove the “neck in the bottle” of the regional highway network. 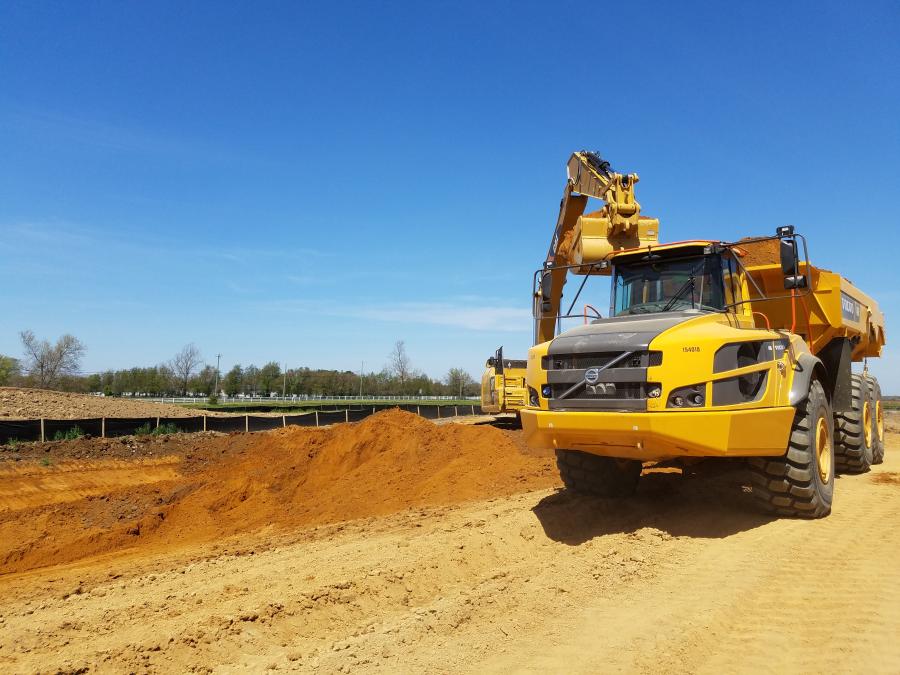 DelDOT photo. DelDOT expects to have the roadway open by December of 2018 to start collecting tolls.

The project is divided into seven contracts that will be built concurrently. It is anticipated to take three years to complete all the contracts and open the road to traffic.

"We have seven mainline contract projects, and then we also have land clearing contracts that were started very early on in the project," explained Javier Torrijos, assistant director of construction. "We had to get in there and do the clearing right away, so we put together advanced clearing contracts so there would not be an issue from an endangered species requirement for the northern long eared bat."

Work on the project began on Dec. 24, 2015. Since then, multiple contracts were put out for bids, and six of the seven mainline contracts have been awarded. DelDOT expects to have the roadway open by December of 2018 to start collecting tolls.

According to Torrijos, the full dollar amount for the entire contract is just under $400 million.

This includes the construction cost, the contingency, the inspection cost, a section-designed consultant report, utilities costs, traffic costs, construction engineering, and other miscellaneous costs. An additional amount is budgeted for potential future projects, such as landscaping, a park-and-ride, and possibly a future maintenance facility.

Contracts are as follows:

• U.S. Route 301 and SR 1 Interchange — A 782-calendar-day project to construct the interchange north of the Biddles Corner Toll Plaza. Tutor Perini Corporation of New Rochelle, N.Y, was the successful bidder with a proposal of $35,388,000. The project manager is Dan Myers.

• U.S. Route 301, Maryland State Line to Levels Road — A 850-calendar-day contract awarded to Greggo and Ferrara Inc. of New Castle, Del., with the successful bid of $46,054,715.79. The general superintendent is Samuel Whitaker

• U.S. Route 13 and Port Penn Road providing toll-free access to State Route 1 — Of the four submissions, Diamond Materials of Newport, Del., was the successful bidder with a proposal of $11,142,890.35. Notice to proceed was given on June 13.

• The final contract has not yet been advertised, and is expected to go out for bids in the fall.

The full scope of project includes building a toll road with bridges and a four-lane concrete highway (two lanes in each direction) with interchanges.

According to Torrijos, the biggest challenge with this project involves dirt movement.

"We've got about 7 million yards of dirt that we have to move in 750 calendar days, plus we have 40 structures that we have to construct and the mainline has to be open in 1,065 calendar days to collect tolls, which takes us to December of 2018 — a lot of work in a very short period of time," he said. "When you've got to move 11 million yards of dirt and build 40 structures — culverts and bridges — that's a lot of work. So that's the biggest challenge is coming in on time and on budget. We have borrowed money from the federal government, and we have also sold bonds to pay for this project, so it's imperative that we start collecting tolls at the end of 2018."

Besides the timeline, the project has some aspects that set it apart from others.

"I think what makes it unique is that basically you have a bunch of contractors playing in a big old sandbox here — you've got six contractors that have been awarded contracts, and basically they all have to play nicely in the sandbox," Torrijas said. "Some of them are sharing the same pit where they're basically excavating a big hole that's down at the levels borrow pit. You have two contractors in there basically digging out of the same hole, and there are milestones…there are liquidated damages if they don't complete on time…so basically it's a lot of work in a very short period of time with five different contractors building six contracts currently — eventually there will be seven contracts, but the last one hasn't gone out yet."

Torrijas described the overall project as "very intense because of the complicated schedule.

"We have a very aggressive schedule," he explained. "It's an easy project to build because it's mostly away from traffic — you're basically out in the country away from traffic — there are some tie-ins at the north end and the south end, and there are some crossings of existing roadways to maintain traffic, but for the most part, it's basically off alignment, and it's a pretty easy project to build — there's just a lot of it in a very short period of time.

"The other thing is there are communities that surround us and there are also schools adjacent to us, so we have to be very mindful of working with these communities so we're not disruptive at night or during the daytime when it comes to traffic, construction noise at night, and things like that."

Torrijas stated that the project has been on the books for quite some time and there a lot of commitments were made.