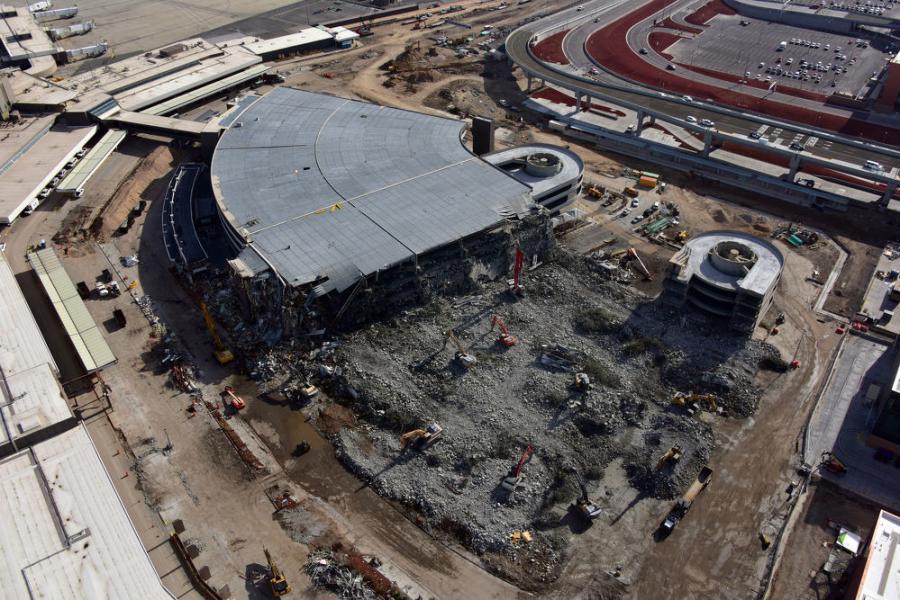 With the new Salt Lake City airport open now for more than two months, demolition on the old facilities is well underway. The demolition, expected to cost approximately $35 million, began with the former parking garage, which will see 100,000 tons of concrete removed. The razing of that particular building is about 50 percent complete.

"Right away, we started on the parking garage because it is in the critical path," said Mike Williams, program director with the Salt Lake City Airport Redevelopment Program. "It sits right in the footprint of the new Concourse A. We basically opened the new airport, which was built just a little to the west of current. We built the new terminal and one half of Concourse A, the underground tunnel and one half of Concourse B. We can't build eastern portions of those two until you've demolished the old airport."

Holder/Big-D JV noted the construction project is on time and budget. The joint venture is also in charge of demolition, which also include three old terminals, one built in 1960, one in the ‘70s, and one just before the 2002 Salt Lake City Olympics, and all concourses. The demolition is expected to be completed in the fall of 2024. 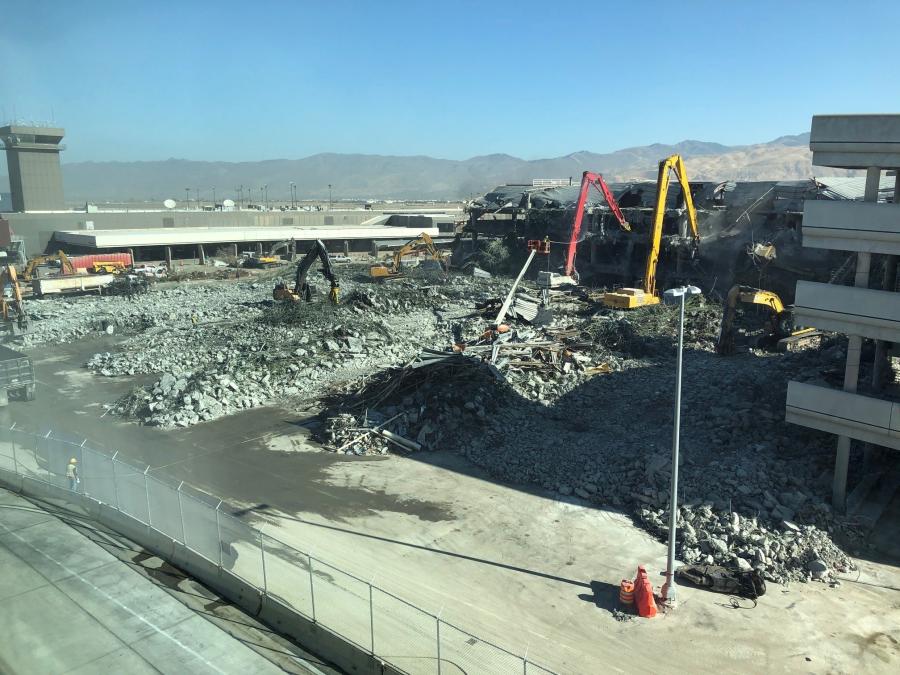 "There are materials in terminal one ... asbestos, light fixtures, ballast that just can't be taken to the landfill," Williams said. "It has to be specially treated. Specially handled. It's the same thing for terminal two which was built in the late ‘70s, which was also when the former parking garage was built. There's lots of asbestos-related material in terminal two. We have environmental consultants here. They have to test the facility and ensure anything that needs to be removed is removed before we demolish the structure. Many of the materials they used don't degrade over time."

The demolition is taking place the "old-fashioned" way, primarily using track hoes with breaking hammers or jaws, he said. Crews use the equipment to break up the concrete and pull it down into piles of rubble. It's then sorted, with the rebar removed to be recycled separately.

"It's not an exciting blast or implosion, just old-fashioned demolition," Williams said. "One of the reasons for not using an implosion is because in the operating facilities there is sensitive equipment, like security equipment. It's not only sensitive to vibrations, but also the dust. That's why you use the traditional method. The Department of Environmental Quality and OSHA require you to hose down everything on the demolition site. We have to hose it down to keep the dust and debris down. At an airport, the last thing you want is foreign object debris — FOD — to get sucked into the jet engines. One of the biggest concerns at an airport is some debris getting on the airfield and damaging an engine."

They will salvage some technical equipment, as well as loading bridges and pre-conditioned air units, most of which will be used for parts.

The airport got some assistance from an expected source — Covid-19, thanks to a reduction in traffic, which Williams said is down considerably. They originally expected they would need to use existing concourses until phase two was completed.

"We sat down in March and said, well is there something we should do differently with phase two because of reduced traffic? We figured out how to open the first phase and with supplementing an operation where you park aircraft away from the facility and bus passengers to the concourse. The original phase two was very complicated, involving demolishing some, building some, demo'ing some, building some. Now, instead of taking the airport down in a sequenced manner, we could take it down all at once. It saved about two years in overall construction time." CEG