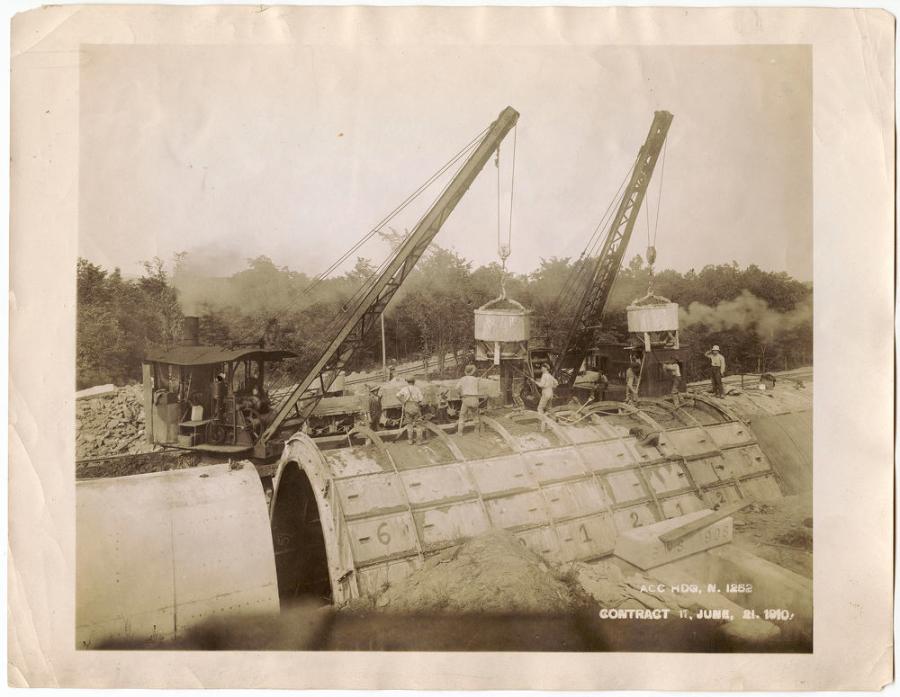 The gang is placing concrete in steel forms with revolving cranes to build a “cut-and-cover” part of the Catskill Aqueduct. Outer forms include small sections that are added in successive rows as concrete rises on each side of the arch; inside there’s a car for collapsing and moving inner steel forms. At lower right is the entrance to a siphon culvert beneath the aqueduct. June 21, 1910. (NYC Water photo)

The New York City Department of Environmental Protection (DEP) announced the start of a $158 million project to rehabilitate the Catskill Aqueduct, which has delivered drinking water from the Catskills to New York City for more than a century. The multi-year project includes a variety of work inside the aqueduct and at connected facilities. These upgrades will happen on the northernmost segment of the 92-mi. aqueduct, specifically the portion that carries water from Ashokan Reservoir in Ulster County to Kensico Reservoir in Westchester County.

DEP will rehabilitate this 74-mi. stretch of the aqueduct by cleaning the inside and repairing a number of leaks; replacing 36 valves at chambers connected to the aqueduct; and performing other structural and mechanical upgrades to ensure proper function of the structure for generations to come.

To safely perform this work, DEP must shut down the Catskill Aqueduct annually for 10 weeks during the years 2018, 2019 and 2020. Each of the shutdowns will begin during autumn to coincide with the annual period of lowest demand on the water supply system. The first shutdown began Oct. 29. 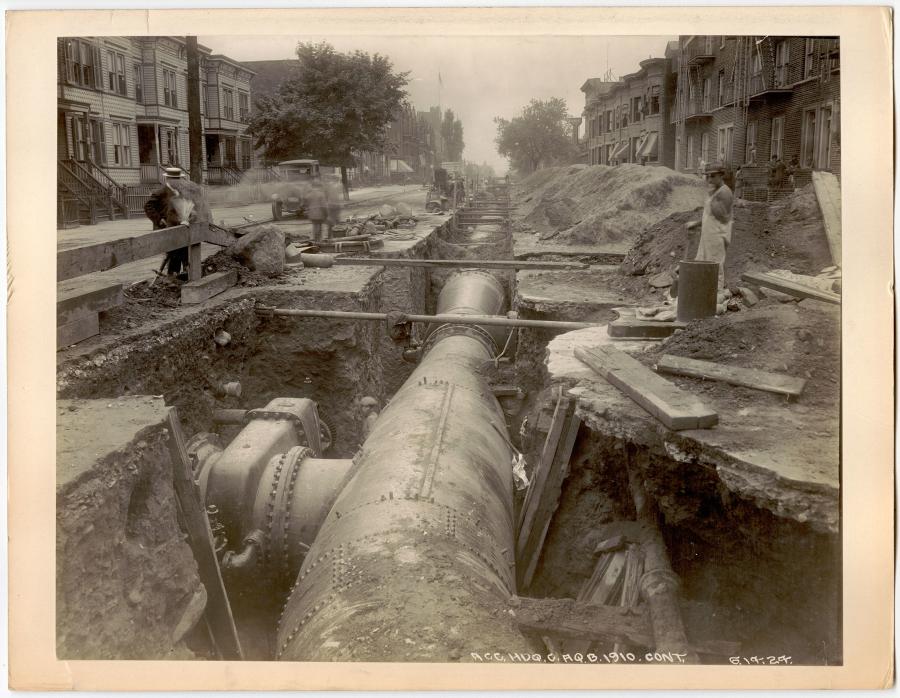 The Catskill Aqueduct Repair and Rehabilitation Project (CAT R&R) has been developed in close coordination with communities in the Hudson Valley where the work will happen, and with 20 towns, cities, villages and water districts north of the city that draw all or some of their drinking water from the Catskill Aqueduct. DEP has been in regular communication with these communities to verify that their backup water supplies are ready to serve local residents and businesses during this year's shutdown. For its part, New York City will rely on drinking water from its Croton System and Delaware System while the Catskill Aqueduct is out of service.

"The rehabilitation of the Catskill Aqueduct is one of the most important and complex water supply projects we have undertaken," said Vincent Sapienza, DEP commissioner. "Engineers a century ago said the Catskill Aqueduct was built to last for ages, but we know their vision of longevity can only be achieved through periodic inspection and maintenance of our waterworks. The rehabilitation work that will happen over the next three years will go a long way toward securing the reliable flow of water to millions of New Yorkers well into the future."

Work on the project began in early October as construction crews began to set up approximately 10 staging areas along the Catskill Aqueduct in Ulster, Orange, Putnam and Westchester counties. The project will employ 80 to 200 local laborers during the shutdown periods. Once the aqueduct is shut down, workers will enter the massive concrete structure and adjacent facilities to perform the following tasks:

DEP has spent much of the past decade planning for the Catskill Aqueduct rehabilitation in close coordination with communities north of New York City. DEP has received the appropriate permits from local government agencies to perform the work that is needed in their respective towns, villages and cities. It also has received state and federal permits for the work. These permits recognize that DEP will conform to all local ordinances related to work hours, noise and other considerations.

The Catskill Aqueduct generally carries about 400 million gal. of water each day to New York City from Ashokan Reservoir. Because water will not be conveyed through the aqueduct during the shutdown, DEP has already adjusted its operation of Ashokan Reservoir to release additional water downstream. These additional releases into the Esopus Creek will help DEP control storage in the reservoir while the aqueduct is out of service, thereby reducing the amount of water that might pass through the spillway as the reservoir refills. 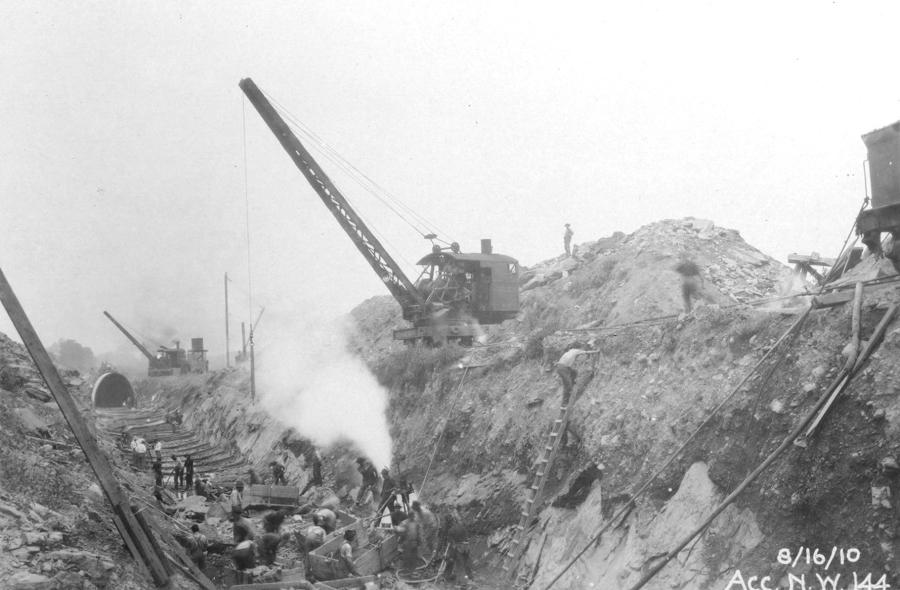 Because of record-setting rainfall this summer, DEP began releasing the maximum amount of water — 600 million gal. per day — from Ashokan Reservoir on Aug. 4. DEP continued to release water at the maximum rate for approximately 10 weeks, and it recently adjusted the release downward to 500 million gal. per day to reflect forecasts of slightly drier weather and the space that has already been created in the reservoir.

DEP also has been drawing more of the city's drinking water from Ashokan Reservoir over the past several months to prepare for the shutdown and reduce storage in the reservoir. As of Oct. 23, Ashokan Reservoir's storage was at 77 percent.

DEP will continue releasing water from Ashokan Reservoir through the end of the Catskill Aqueduct shutdown, which could extend into the middle of January. During that time, the city's water supply operators will monitor short- and long-term weather forecasts, stream gauge data and other scientific information that could compel DEP to periodically reduce or increase the releases while the aqueduct is out of service.

The plan for these additional releases was put together with consultation and consent from the New York State Department of Environmental Conservation. DEP will stay in close communication with downstream communities and stakeholders along the Esopus Creek during the next several months.

DEP's work on the Catskill Aqueduct is key to preparing for a shutdown of the Delaware Aqueduct in 2022. The 85-mi.-long Delaware Aqueduct is the longest tunnel in the world. It begins at Rondout Reservoir in Ulster County and conveys about half of New York City's drinking water every day.

DEP is currently working on a $1 billion project to repair two areas of leakage from the aqueduct. The primary leak will be eliminated through the construction of a 2.5-mi. bypass tunnel that is now being built 600 ft. under the Hudson River from Newburgh to Wappinger. The bypass tunnel will be connected to structurally sound portions of the existing Delaware Aqueduct to convey water around the leak. 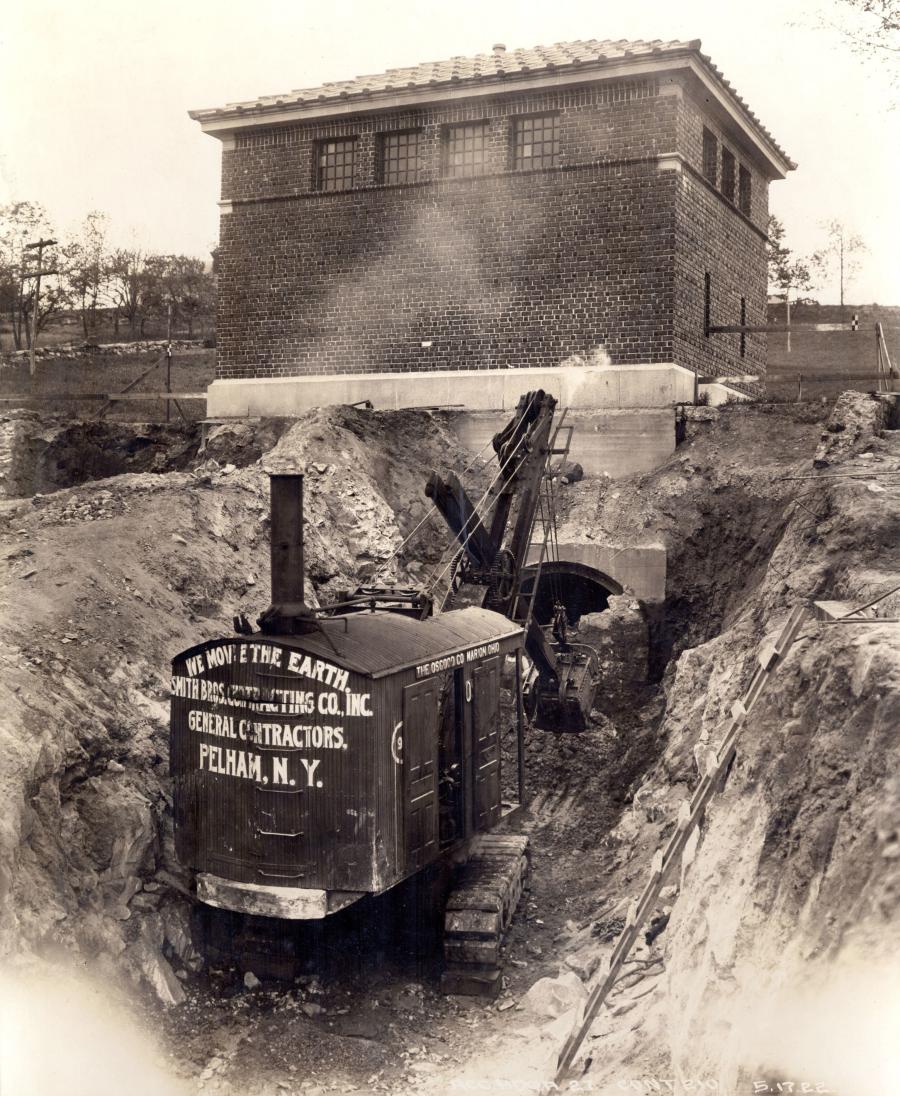 The Delaware Aqueduct will stay in service over the next several years while DEP builds the bypass tunnel parallel to it. Once the bypass tunnel is nearly complete, DEP will shut down the Delaware Aqueduct for 5 to 8 months to finish the connections on either side of the Hudson River. A smaller leak in Ulster County also will be repaired from inside the aqueduct while it is shut down.

Over the past decade, DEP has pursued several projects to ensure New York City will have a reliable supply of drinking water during the Delaware Aqueduct shutdown. The rehabilitation of the Catskill Aqueduct, including the additional transmission capacity that it will yield, is key to those efforts. DEP also has upgraded pumping stations that will allow it to draw additional water from two reservoirs in the Croton System.

The city also has worked to reduce demand for water in the five boroughs to ensure the reliability of its supply during these infrastructure projects. In 2012, DEP began its Water Demand Management Program, with a goal of reducing citywide water use by 5 percent, or 50 million gal. per day. As part of the program, DEP helped to conserve millions of gallons of water by updating bathroom fixtures in more than 500 city schools and by installing activation buttons on spray showers in 400 playgrounds around the city.

Outreach programs that encourage residents to fix leaks, and a challenge among the city's largest hotels to reduce their water consumption by 5 percent also are part of the program. DEP also has funded demand management plans for 10 communities north of the city that draw water from the aqueduct system. These plans identify strategies to save water, and DEP also provides funding to help implement the water-conservation concepts that are chosen.

Background Information on the Catskill Aqueduct

The Catskill Aqueduct is a 92-mi. conduit that carries drinking water from Ashokan Reservoir in Ulster County to Hillview Reservoir in Yonkers. The aqueduct conveys about 40 percent of New York City's drinking water on an average day, and it can deliver up to 590 million gal. per day.

The majority of the aqueduct — about 55 mi. of its total length — was built above ground using a "cut-and-cover" method that involved excavating a trench and building the aqueduct at the surface. The remainder of the aqueduct includes grade tunnels that cut through mountains and pressure tunnels that plunge below creeks and rivers before coming back to the surface. The portion of the Catskill Aqueduct that runs 1,114 ft. beneath the Hudson River is the deepest part of New York City's entire water supply.

The aqueduct conveys water from Ashokan Reservoir, which was the first reservoir New York City built in the Catskills. Water that came from the Catskills, through the aqueduct, was key to New York City's growth during the industrial and population booms that followed World War I.

DEP manages New York City's water supply, providing more than 1 billion gal. of high-quality water each day to more than 9.6 million New Yorkers. This includes more than 70 upstate communities and institutions in Ulster, Orange, Putnam and Westchester counties who consume an average of 110 million total gal. of drinking water daily from New York City's water supply system. This water comes from the Catskill, Delaware, and Croton watersheds that extend more than 125 mi. from the city, and the system comprises 19 reservoirs, three controlled lakes, and numerous tunnels and aqueducts.

DEP has nearly 6,000 employees, including almost 1,000 scientists, engineers, surveyors, watershed maintainers and other professionals in the watershed. In addition to its $70 million payroll and $166 million in annual taxes paid in upstate counties, DEP has invested more than $1.7 billion in watershed protection programs — including partnership organizations such as the Catskill Watershed Corporation and the Watershed Agricultural Council — that support sustainable farming practices, environmentally sensitive economic development, and local economic opportunity. In addition, DEP has a robust capital program with $19.1 billion in investments planned over the next decade that will create up to 3,000 construction-related jobs per year.