The new contract calls for Baja Rail to sublease the old Desert Line from PIR. 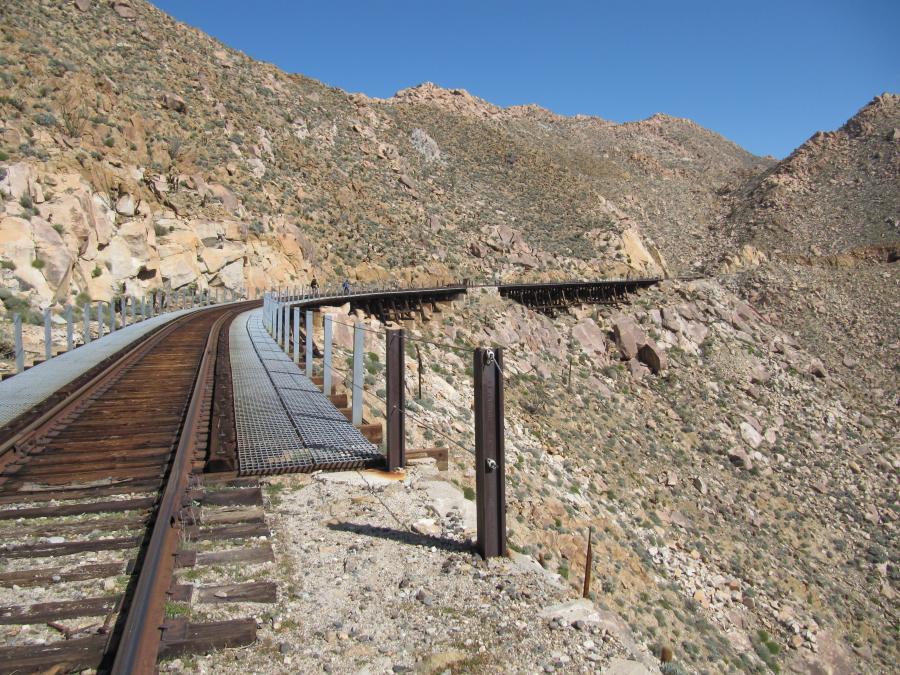 Image courtesy of Wikipedia. The new contract calls for Baja Rail to sublease the old Desert Line from PIR.

The website Progressive Railroading is reporting that a new binational agreement between Pacific Imperial Railroad (PIR) and Baja California Railroad Inc. (Baja Rail) will lead to the reconstruction of the Desert Line railway in the San Diego region, which will help ease rail transportation of goods between Mexico and the United States, business and transportation officials announced yesterday.

The new contract calls for Baja Rail to sublease the old Desert Line from PIR, according to a press release issued by the San Diego Metropolitan Transit System (MTS), which has owned the line since 1979. PIR has leased the line from MTS since 2012.

The San Diego region and U.S.-Mexico binational economies lose $6 billion annually because of long delays in getting freight trucks across the U.S.-Mexico land borders in San Diego, according to a study by the San Diego Association of Governments, officials said.

An operational Desert Line will ease congestion, as well as reduce air pollution and promote commerce, they said.

The "landmark" agreement was announced by MTS, the San Diego Regional Chamber of Commerce, PIR and Baja Rail after the MTS' board approved the contract terms.

The Desert Line has been in poor condition for many years. Under contract, Baja Rail and PIR will pay an estimated $70 million to reconstruct and operate the Desert Line. Baja Rail will oversee the repair, maintenance and operational obligations for 60 miles of the line.

Construction is expected to begin this summer.