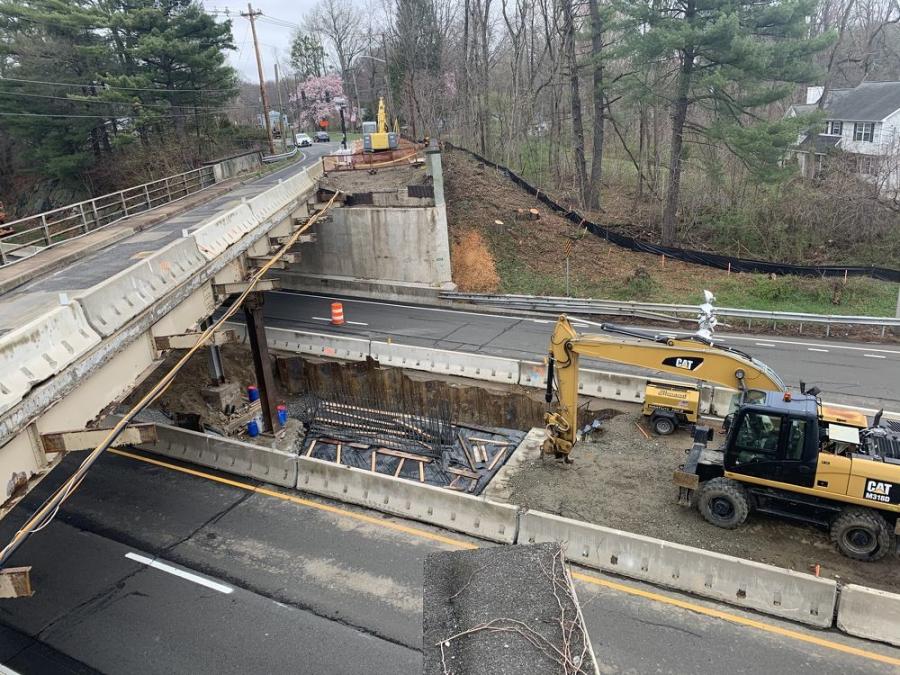 The construction of a replacement bridge that carries Wheelers Farms Road over State Road 796, a short highway that connects the Merritt Parkway and Wilbur Cross Parkway to I-95 and the Boston Post Road in Milford, Conn., resumed in early April with completion projected for the fall of 2021. 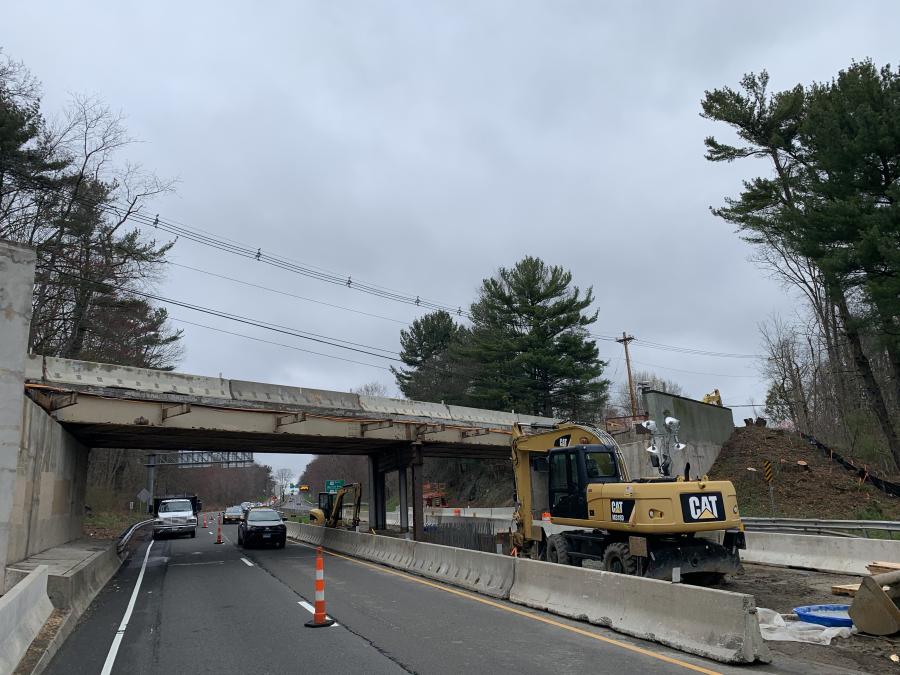 The new structure will be a two-span continuous multi-girder bridge resting on concrete abutments and a center pier. The profile of Wheeler's Farm Road will be raised to increase the minimum vertical clearance over SR 796 to the required 15 ft. The new spans will be lengthened to allow a 6.5-ft. inside shoulder, three 12-ft. travel lanes and a 10 ft. outside shoulder in each direction on SR 796.

New England Road of Clinton, Conn., is the general contractor and won the job with a low bid of $6,848,318, according to Alan Neri, an owner of the company.

The existing bridge was built in 1941 and is being replaced because it is structurally deficient and functionally obsolete, according to Kevin Nursick, a CTDOT spokesperson. "The structural deficiency is due to the deteriorated condition of the deck, superstructure and substructure. All three are rated poor. The deck has hollow area with spalling and the steel girder webs and bearings exhibit section loss and rust. The abutments exhibit numerous spalls and cracking and the steel pier girder has large areas of rust and section loss. It is functionally obsolete due to a substandard roadway width and minimum vertical clearance of 13.8 feet."

The job began a year ago but was held up by utility issues. 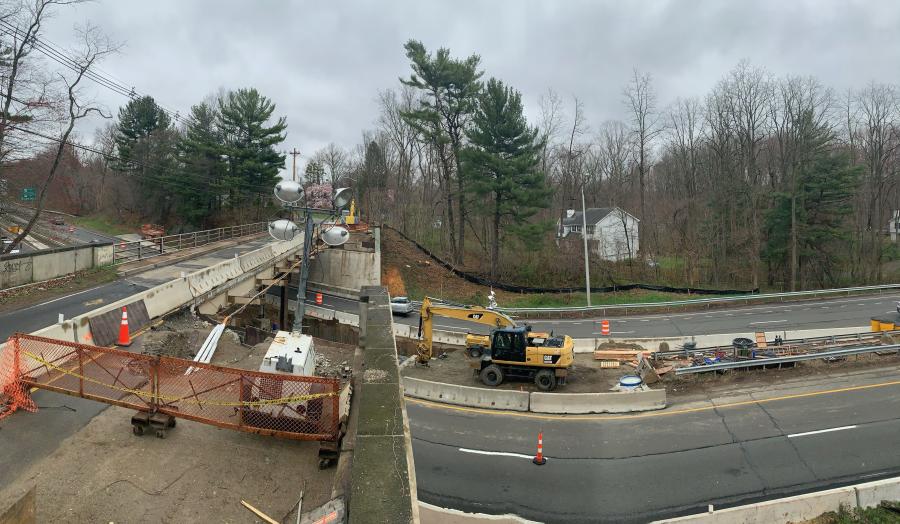 "The utility coordination shouldn't have taken as long as it did, but we're at the mercy of the utility companies to get coordinated," Neri said. "Gas, telephone and electric, there were a lot of facilities to relocate. Overhead electric, telephone and cable lines were relocated to clear the area for Stage One construction. In addition, an underground gas main was modified and underground communication lines were exposed and are to be protected and supported in place while the substructure and bridge are constructed around them. All this has delayed the project approximately one construction season."

"We started the job this winter with the demolition of the Stage One section of the bridge," Neri said. "We removed the concrete deck over the connector using shielding to keep at least one lane of traffic open in each direction. Once the deck was removed, we removed the structural steel girders, cutting them at the center and picking them off with a crane. The existing steel pier was cut and removed in sections. The earth support around the excavation for the Stage One section of the pier has been installed and the pier footing section has been poured. Soon, we will pour the concrete for the pier and start reconstruction of the Stage One new abutment sections." 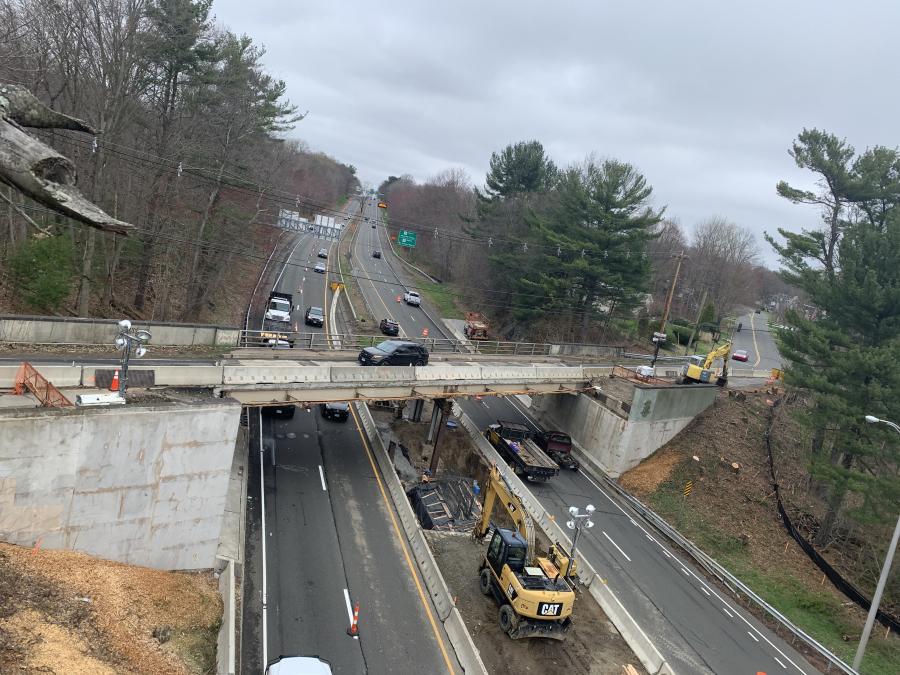 The existing bridge is a 100-ft. span and the new bridge will be a 150-ft. span, with lane widening occurring at the end of the job. "The last stage is to widen the connector," Remi said.

When asked why the bridge had to be expanded, Neri said, "The road is getting wider down below so the abutments needed to be built further from the edge of the road."

The company is using a Grove rough-terrain crane on the job, along with a Caterpillar wheeled excavator and Genie and JLG lifts.