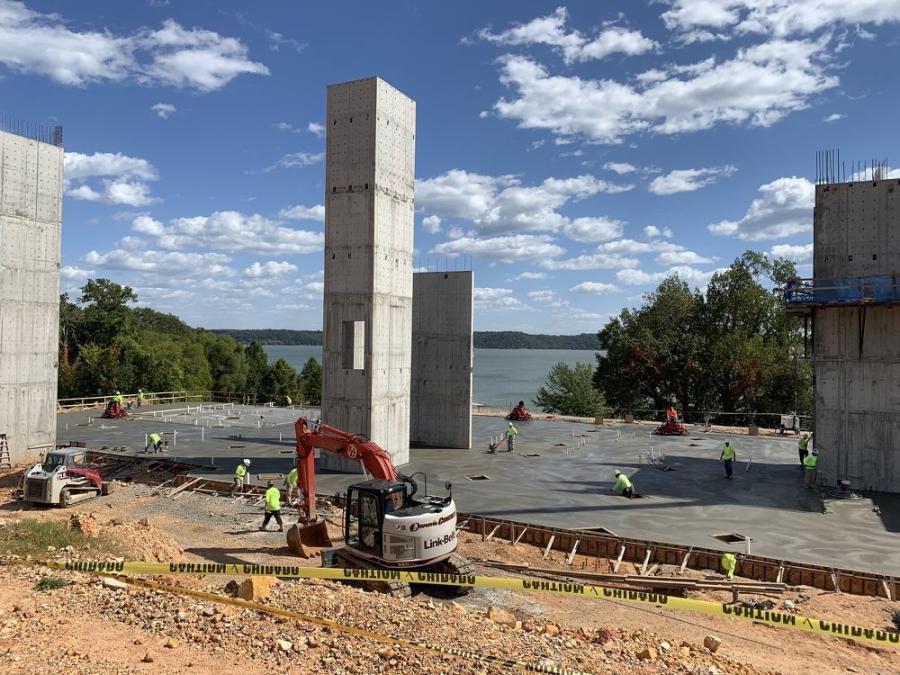 Josh Dennis knew he was going to run a concrete service — all the way back to when he was a youngster in Dover, Tenn.

In his small hometown, along the west bank of the Cumberland River and not too far east of the larger Tennessee River, there were few industries for folks to make a decent living. But one of them was the concrete business, which had a large presence in Dover. 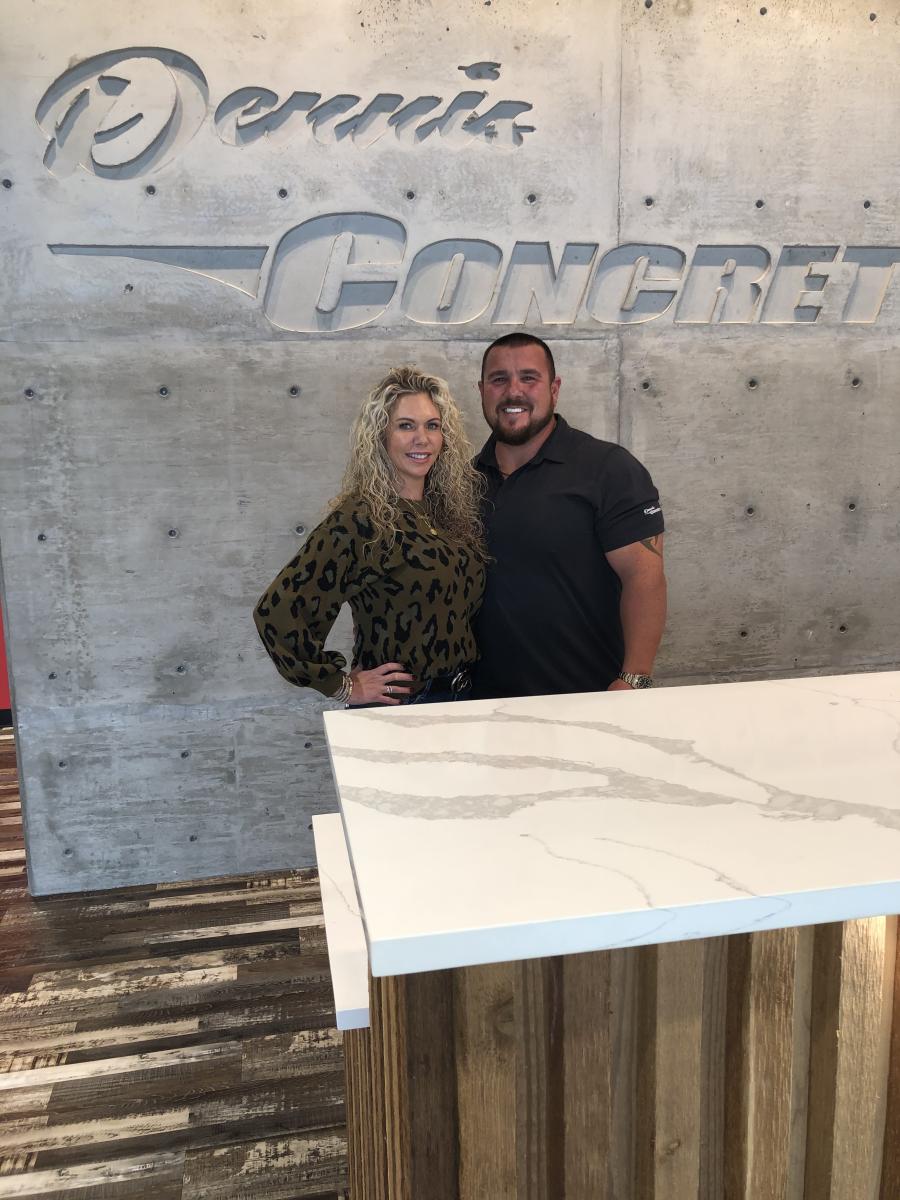 "Well, as a kid, I was always drawn to the concrete guys because they had the nicer trucks, boats and toys," he recalled. "I wanted that as well, so I began working in the summers helping the contractors that did concrete. When I graduated, I started in that work full time, and it is all I have ever done since."

Today, he is owner of Dennis Concrete Service in Clarksville, Tenn., approximately 50 mi. northwest of Nashville and close to the state's border with Kentucky. It provides concrete and construction services with turnkey solutions for contractors and government entities in the Middle Tennessee region.

"I would say most of the people that worked in concrete when I was younger originated in this part of Tennessee, specifically Stewart County, which is where Dover is located," he said.

Part of the reason for so many concrete specialists in the area may be due to the U.S. Army's Fort Campbell installation being close by. The base sits astride the Tennessee-Kentucky border, with most of it just to the east of Dover and north-northwest of Clarksville.

The Army contracts with builders to construct various projects on the base on a regular basis — something that has proven to be a key factor in Dennis Concrete's growth and success over the past 15 years.

Working Long Hours at His Craft

After working for a couple different companies following high school, Dennis became a laborer for a local company. In his nine years there, he learned every aspect of the business, eventually overseeing the firm's operations in the latter part of his career there.

The experience he gained, combined with his youthful moxie, led him to open his own one-man company in 2006, despite being only 26 years old. Slowly, more small projects came his way and as jobs became more complex, he added a couple more people to form a crew.

In his first year, he was able to secure a government contract to work on a sizable project at Fort Campbell, the first of many for Dennis Concrete. A general contractor needing a sub to do concrete services at the base knew of Dennis's skill, having worked with him before, and shortly afterwards he and his small crew were on site to perform the work. 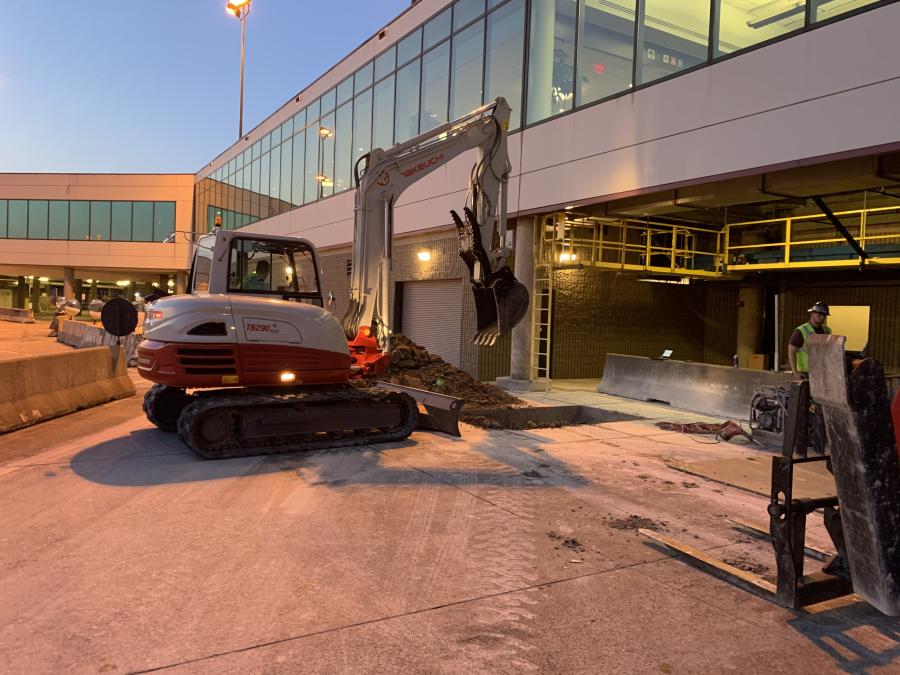 "My main background comes from work with the federal government — I have worked on Fort Campbell projects most of my career," he said. "The U.S. Army Corps of Engineers work has also been a specialty of mine. At that first Fort Campbell job, the contractor had 82 storage buildings that needed three sizes of concrete slabs installed. He agreed to buy all the materials and pay for the equipment I would need and just let us do labor, because I did not yet have all the money to pay for the materials up front. But I felt comfortable doing that much work because I had done it before."

At the same time, Dennis also figured out how to spend half his time taking on concrete projects for local homebuilders because they compensated him (and his crew) weekly, as opposed to government contracts that took longer to pay off.

"So, the way that I got to where I could grow my company was that I usually worked Monday through Wednesdays for the homebuilders because I knew I would be paid on Fridays to keep us going," he said. "Sometimes we would work at Fort Campbell on Wednesday through Saturday each week. But I lived off the residential contracts. We were pushing hard by going 70-80 hours a week between both jobs during my first year in business.

"Then when my first big check came in from the Fort Campbell work, I used that money to hire more people, buy more equipment and grow the company."

Just as Dennis Concrete started to gain momentum, however, the company was steamrolled by the Great Recession of 2008-2009. Like many small businesses across the country, Dennis's operation was hit hard, but unlike a lot of companies, it persevered.

"It was very rough on us," he said. "We didn't make any money that first year and we just treaded water because our work with the private sector in Clarksville and Nashville had dried up, and the only jobs that were left for us were at Fort Campbell. Even there, though, we were competing with other companies for those projects, and we were forced to bid cheap. I was able to pay my bills, although not able to move us forward."

Recovery Leads to Another Growth Spurt

Eventually, Dennis Concrete found its footing again, due in large measure to more military projects and an emphasis on additional commercial opportunities.

The ever-reliable Fort Campbell work was one boost for the concrete company. Like before, another local contractor contacted Dennis about a large upcoming project at the Army base.

"It was probably a $350,000 job for us," he said. "I will never forget the feeling when we landed the contract — it was like we had won the Super Bowl, just a huge opportunity for us."

This job propelled Dennis Concrete back into the black and, he said, opened more doors for the company in that it drew the attention of the Army Corps of Engineers.

"That represented the second growth spurt in our company and allowed us to go from making a few hundred thousand dollars a year to a few million dollars. We also became known for putting out high-quality work."

Dennis explained that around 2013-14, the Army Military Construction (MILCON) budget began to experience a sharp decrease, which, for his firm, meant fewer projects for the concrete services company to bid on at Fort Campbell. 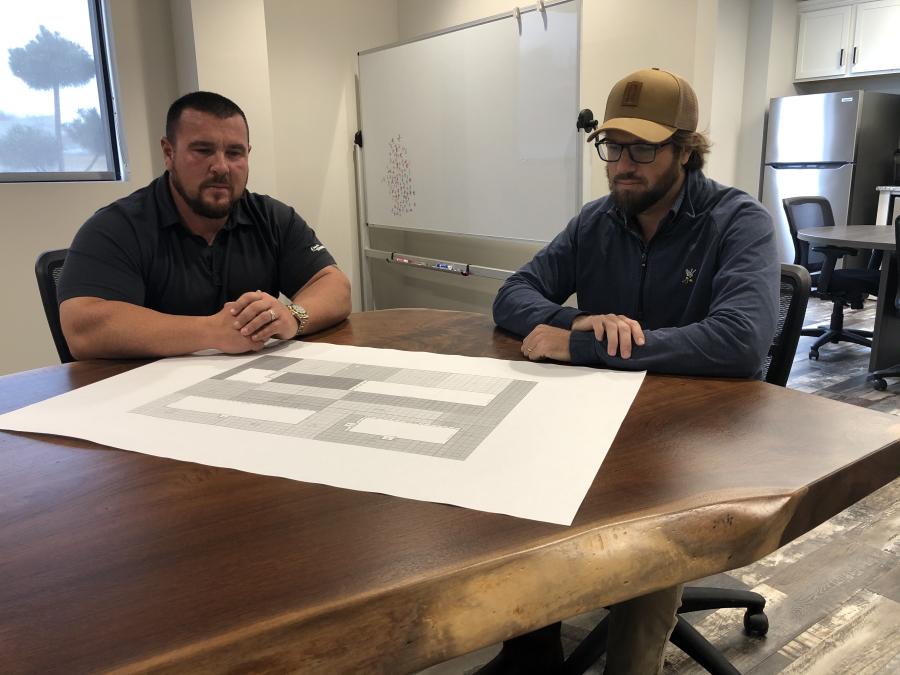 Instead of feeling gloomy over the prospect of losing his bread-and-butter military work, he started pushing to get his name better recognized in Middle Tennessee's commercial market.

"I initially wanted to put one crew in Nashville, and that one turned into two, and later into three," he said. "The result was that for several years we stayed around $2 million to $3 million in gross sales and did very well."

But keeping crews on the job in the state's midsection and at Fort Campbell proved to be untenable, Dennis said, so he made the decision to leave the Army base work behind in 2015 and focus on the work in the burgeoning Nashville market.

"That was a key move for us, because once we got to the Middle Tennessee area, the work just took off because people there were seeing us deliver a higher level of quality than they were used to," he said. "We doubled in sales almost a year after that to the point that for the past three years, we have averaged $15 million or better. Next year, I expect us to continue to grow and focus on what I care about most: quality over quantity."

And, in 2020, the military contracts that helped build Dennis Concrete returned to be becoming a staple for his firm after an absence of five years. Dennis said that he is proud to again perform work in the sector where he first made his mark.

Dennis acknowledged that much of his company's success is due to the relationship it has with Nashville's Parman Tractor & Equipment, the full-service dealership he relies on to acquire his machines and keep his operation humming along. The distributor supplies Dennis with skid steers, track loaders and excavators and has always provided the firm outstanding maintenance when needed. 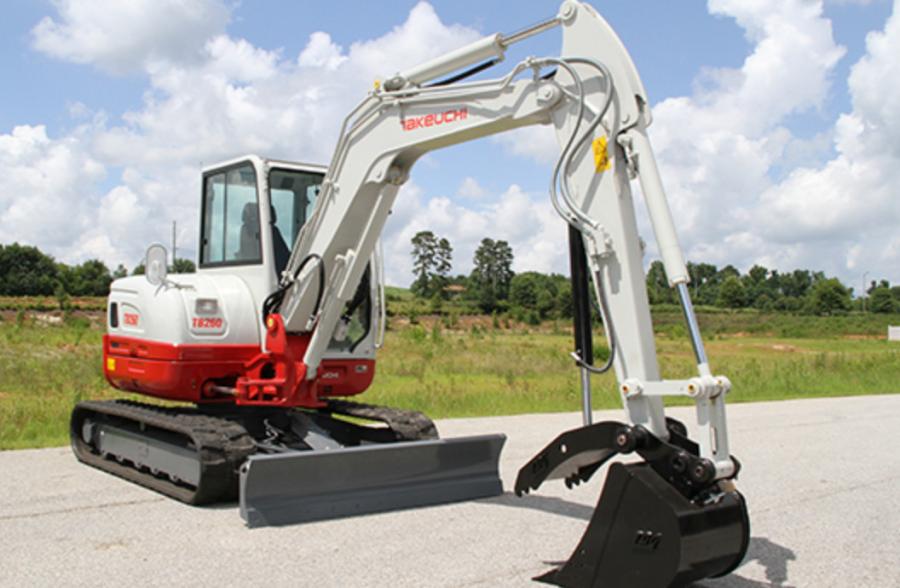 In 2021 alone, he said, Dennis Concrete purchased four machines from Parman through his close contact with Scotty Syler, one of the dealership's salespeople, and Colin Hockenberger, Parman's general manager.

"I first met Scotty back in 2014," he said. "Soon after I got connected with Parman, I bought a Takeuchi TL10 track loader that I still use today. We now own six Takeuchi skid steers, and we have a seventh on order. They are incredible machines; I don't think you can hurt them."

In addition to the Takeuchi compact loaders, Dennis' fleet includes five Takeuchi excavators and one Link-Belt.

From starting off with just three or four employees in 2006, Dennis Concrete now has approximately 75 people working there full-time.

When asked about the keys to the growth and success of his company during that time, Dennis did not hesitate in answering.

"Just the willingness to outwork everybody else," he said. "And, to me, I run this company and I want it to be a family-oriented operation where everyone knows they are part of a family. I get insulted if I am called ‘a boss.' I do my job and they do theirs. Rather, I am a leader — I don't point, I lead — and that is a huge part of our success."