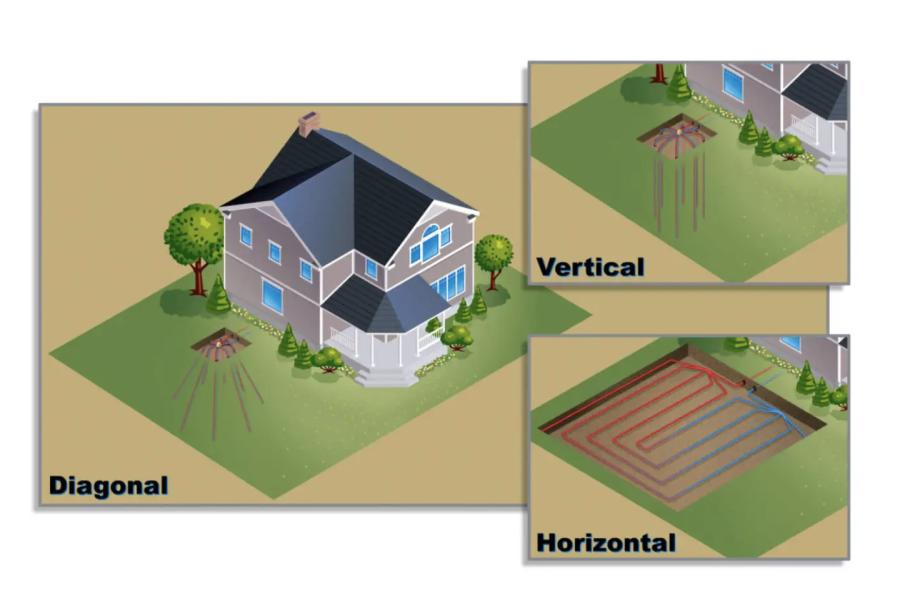 Rather than using fossil fuels, geothermal systems use the heat below the earth’s surface to heat and cool buildings and generate electricity. (Wikimedia Commons image)

The once-derelict lot at 27 Stewart Ave. in Brooklyn's Bushwick neighborhood had been earmarked for a nine-story hotel since 2015, but with little to no progress in the past seven years, the site — also a brownfield — instead, turned into a local dumping ground.

Beginning late last year, though, neighbors noticed activity around the 42,166-sq.-ft. lot — shaped like a frying pan — after it was purchased by real estate development company 25c LLC for $12.2 million in October.

Now, the plans for a hotel are on track again, with brownfield remediation under way and foundations going in the ground, according to the project's architect, Nick Liberis of Archimaera (formerly Albo Liberis LLC), who told Brownstoner that the former manufacturing site is set to become New York City's first geothermal powered hotel.

Liberis and his team currently are waiting on the city's Board of Standards and Appeals (BSA) to approve the project's continuation, following a December 2021 zoning text amendment that requires proposed new hotels in protected manufacturing districts to go through a public review process before construction.

The updated plan for the Stewart Avenue site is for an eight-story hotel encompassing 96,000-sq.-ft. that is to include around 160 rooms, a rooftop pool, a restaurant and a health and wellness facility. Heating, cooling and hot water will be supplied by a geothermal loop.

Liberis is behind the green architecture that will form the basis of the structure. He told Brownstoner the aim is to reduce the energy usage of the entire building, starting right at construction, which includes sourcing materials from as close to the site as possible.

Geothermal Use Not Yet Popular in New York

Geothermal heating and cooling are highly efficient, renewable and clean technologies that have been available for decades but are uncommon in New York City. Currently only a few buildings within the five boroughs are using the resource, including Bronx River House and the Studio Gang-designed firehouse in Brownsville.

Rather than using fossil fuels, geothermal systems use the heat below the earth's surface to heat and cool buildings and generate electricity.

In 2021, then-mayor Bill de Blasio pursued plans to increase geothermal use in New York, saying it could help replace fuel oil and natural gas. Ben Furnas, director of the Mayor's Office of Climate and Sustainability, said at the time that geothermal technologies "will play a key role in providing clean, affordable and comfortable homes and workplaces while accelerating our transition away from fossil fuels."

Despite the push — and many incentives such as tax breaks and grants for installing geothermal — its use in New York City has been slow.

Bob Nowak, executive director of the trade organization NY Geo attributes that to people going with what they know (gas), as well as gas being long-favored and incentivized by the city. In addition, he said the upfront costs that come with geothermal installation can be a deterrent.

Nowak explained that although he has noticed an uptick in geothermal adoption across the state it needs to become the norm, saying "we are killing ourselves to heat ourselves and our buildings."

He said a major part of the problem with implementing geothermal in New York City is real estate — or the lack thereof. Given both residential and commercial lots are often tightly packed with buildings, there is not much space to drill bore holes and insert geothermal piping.

However, Yancey said there is hope on the horizon for inner city homeowners with the development of equipment that can fit into cellars and drill geothermal bore holes straight from the basement floor. He also noted some exciting developments in geothermal use across the city, including a new building in Hudson Yards, 555 Greenwich, which will soon have geothermal pipes running through its pilings.

Space is not the only issue with the installation of geothermal systems, as the team behind the Bushwick hotel knows: The ground also must be in good condition.

Part of the Stewart Avenue site is contaminated by oil due to it once housing a gas station, automotive repair shop and a vehicle dismantling facility. The current owners started remediation in conjunction with the New York State Department of Environmental Conservation (NYSDEC).

Liberis said an oil spill at the front of the site makes up the worst of the contamination, and the plan is to clear it by mid-July. Further remediation efforts can continue while the team waits on the BSA's decision, he added.

Regarding the geothermal well drilling, NYSDEC officials responded to a question from Brownstoner by saying the department had not received plans for the wells proposed at the Bushwick site and that it could not interfere with ongoing remedial work.

However, Liberis said the contamination does not pose an issue for the geothermal drilling, as the wells will be drilled in the uncontaminated section of the site's panhandle.

The geothermal energy at the Bushwick hotel will come from around 60 bore holes that will go 300 to 500 ft. deep and hold the geothermal pipes, all of which will connect to a larger pipe that runs to heat pumps in the hotel, creating a geothermal loop, Liberis explained.

He told Brownstoner that the closed loop uses the constant heat of the water underground (which stays at around 55 F year-round) for cooling in summer and heating in winter by conducting a heat transfer through the geothermal pipes and heat pumps. In summer, heat is pulled from hot air in the hotel and transferred into the ground to cool the hotel. In winter, heat is drawn from the ground to warm the hotel.

Water used for drinking and bathing will, of course, come from New York City's water supply, not the closed-loop geothermal system, Liberis explained. Regardless, he noted that before starting the drilling, the team needs approval from NYSDEC, the city's Department of Buildings, and the Metropolitan Transportation Authority (because the site is close to the L train).

Both Nowak and Yancey commended the hotel's plans, saying the more projects that are built using the energy source the better. Nowak said although 60 bore holes sounds like a lot to be drilling, there are many other projects that use much more. Yancey added that the plan sounds ambitious and forward thinking and said anyone building with geothermal is on the leading edge of energy efficiency.

Liberis believes the first principle of any eco-conscious or sustainable design is to reduce energy usage to the absolute minimum. A key part of that is super insulating the building, which he said includes using triple-pane glass.

His team also is planning to use coal ash to fortify the concrete in the building rather than usual methods that have a much larger carbon footprint. For instance, the Environmental Protection Agency notes that recycling coal ash, which is encapsulated in the concrete — locking toxic contaminants inside — has positive environmental, economic and performance benefits.

At the 27 Stewart Avenue development in Bushwick, the hotel would be part of an effort to bring services into the area that currently do not exist and cater to current demand for tourism and health care facilities. Developments like this should also be occurring in other communities with fewer resources, such as in East New York, Liberis said, adding, "There is no reason why they cannot both exist."

One of the building's owners, who asked not to be named, told Brownstoner that while the team is still figuring out the details of the planned health and wellness community facility, it would likely include physical therapy, neural feedback, different types of massage therapy, acupuncture and other treatments, if their practitioners are licensed by the state of New York.

The owner said that through his other manufacturing and event spaces in the neighborhood he knows of several tenants and small businesses that would like to be included in the health hub at the hotel, which will be open for the public to use.

"We want to do things that benefit the community and benefit the area, but are not always economically viable, so we are trying to do creative things to figure out a sustainable financial model," he said.