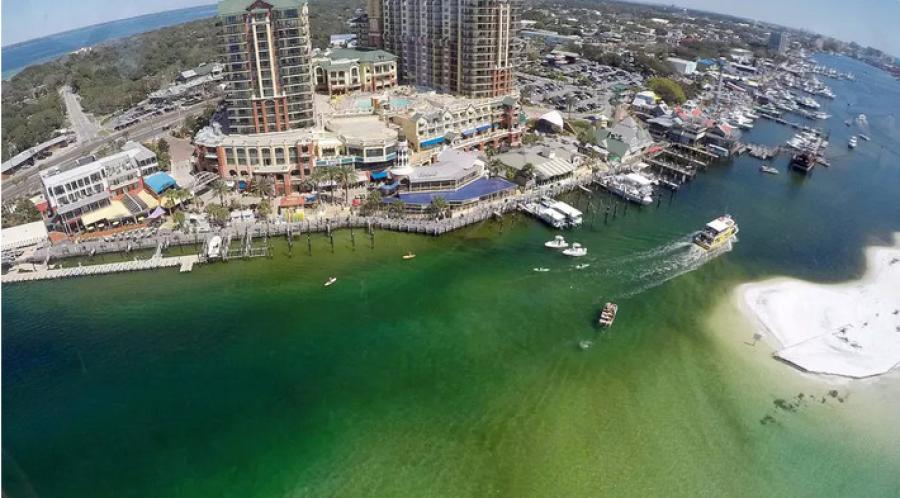 The 0.77-acre park site is at 206 Harbor Blvd., with Dewey Destin's Harborside Restaurant to the west and Brotula's Seafood House & Steamer and the Destin Fishing Fleet Marina to the east.

The project will be paid for with a little more than $1.2 million in RESTORE Act settlement funds administered through Okaloosa County and $33,470 in city funding.

RESTORE Act projects are funded by civil penalties paid by BP after the 2010 Deepwater Horizon oil spill and are intended to benefit the local economy and natural resources.

The Destin City Council received an update on the park project Dec. 21.

"I'm excited to announce that Okaloosa County has issued the city a notice to proceed today for the Capt. Royal Melvin Park improvement project," said Jeff Cozadd, grants manager of Destin, at the council meeting. "This notice allows us to move forward with the construction phase of this project."

City Manager Lance Johnson had told the council that the start of the project represents "a Christmas present to me, because it's been a long time coming."

The park work was among various projects in Okaloosa County's initial multi-year plan that outlined the use of funds overseen by the Gulf Coast Restoration Trust. County officials in June 2017 learned that the U.S. Treasury Department had accepted the initial plan.

The County Commission late last year approved the final application for the federal money for the park project.