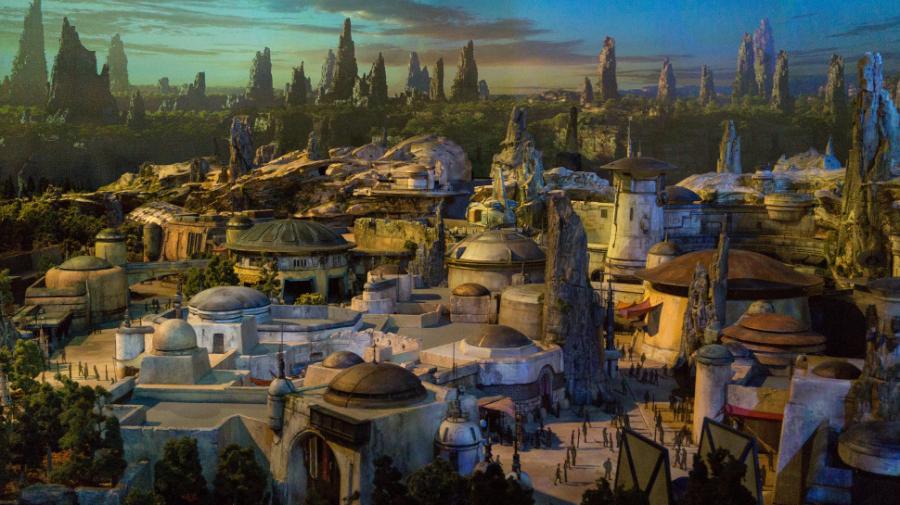 Construction on Star Wars: Galaxy’s Edge has been ongoing at Disneyland.

Between its new Star Wars: Galaxy's Edge land, Pixar Pier and hotel renovations, there's no doubt that Disneyland has been busy building lately. But what's it all costing?

10. Enchanted Tiki Room Updates, $1,700,000 – The updates for Disneyland's 410-sq.-ft deck outside the park's Enchanted Tiki Room will create new dining space called the Tropical Hideaway. Construction will include a 150-sq.-ft. addition, guardrails and a bathroom remodel. The space should be ready for visitors by Sept. 2018.

8. DCA Pixar Pier's Lamplight Lounge, $2,500,000 – Once Ariel's Grotto bar and restaurant, this space will now be known as the Lamplight Lounge, named after the hopping lamp that appears at the start of every Pixar movie. Construction will include an additional 192 sq. ft. for a private dining area, a gazebo and a canopied outdoor dining room, as well as interior upgrades.

6. Naples Ristorante Expansion and Remodel in Downtown Disney, $3,984,000 – The 8,926-sq.-ft. restaurant will be getting a 1,781-sq.-ft. expansion among the first and second floors, making for a more spacious lobby, restaurant, kitchen and indoor dining experience.

5. Disneyland Star Wars: Galaxy Edge “Attraction #2” Prop, $4,400,000 – Although unclear just what exactly the prop might be, renderings suggest that crews will be building a set of full-scale AT-ATs, a Millennium Falcon or X-Wings.

3. Renovations to the Grand California Hotel, $22,908,477 – Details are sparse about what exactly the renovations will involve, but the hotel recently saw upgrades to its furniture, carpets, walls and lighting.

2. Disneyland Star Wars: Galaxy's Edge “Amusement Building,” $55,746,094 – Rumors are flying that this permit for a 115,206-sq.-ft., two-story facility will eventually become the “Battle Escape” attraction, but there is no word for sure. Work will, however, include offices, a break room, a cast member bathroom, spaces for maintenance and equipment and “decorative rock works.”