Ditch Witch of Georgia Invites Its Customers to Reopening

A terrific crowd attended for a low country boil lunch and the opportunity to see the newest offerings from Ditch Witch. 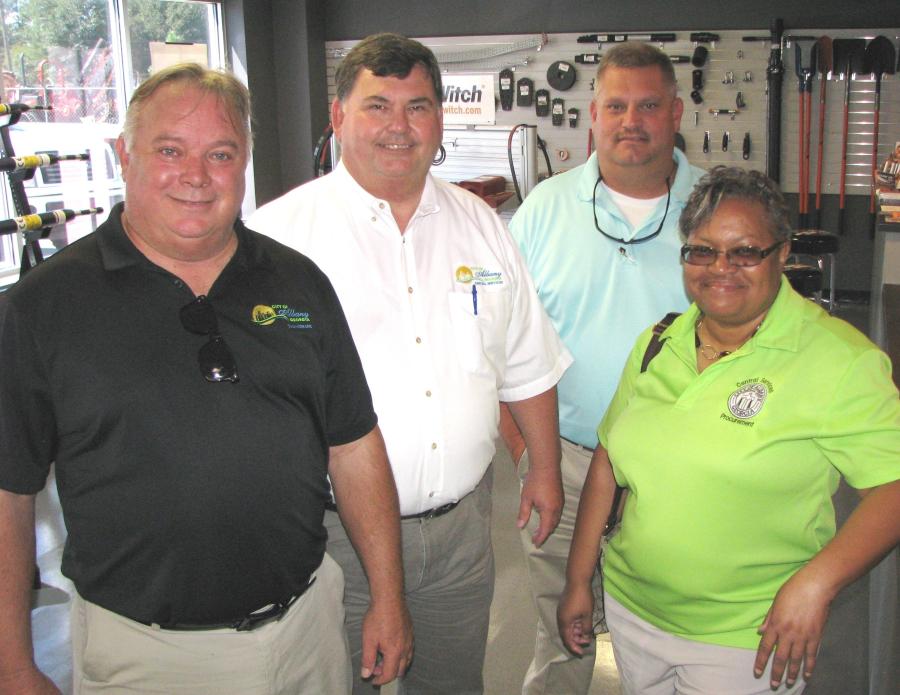 (L-R): Jerry Webb, Mike Trotter, Trip Swilley and Yvette Fields, all of the city of Albany, Ga., stop in for lunch.

Ditch Witch of Georgia hosted a customer appreciation luncheon and grand reopening of its newly redesigned facility, located on W. Oakridge Drive in Albany, Ga., on Sept. 15. A terrific crowd attended for a low country boil lunch and the opportunity to see the newest offerings from Ditch Witch. Factory representatives of Ditch Witch, Baroid Industrial Drilling Products and Hammerhead were in attendance to lend their support, as well as staff members from the Ditch Witch of Georgia — Forest Park and Savannah, Ga., locations — all working together to make the event a tremendous success.

Product displays, giveaways and prize drawings were featured at the event. Attendees also took the opportunity to tour the newly renovated facility, which represented a substantial investment to enhance the overall look and functionality of the building.

Ditch Witch of Georgia representatives said that the building, which housed the Ditch Witch distribution operation for almost 35 years, was due for a makeover. Ricky McCrary, branch manager, and Terry Hancock, mechanic, have worked for the company for more than 40 years and have been working in this same facility since it opened. McCrary and Hancock, as well as the entire staff of Ditch Witch of Georgia, were instrumental in the design of the new branch, providing input and working on the total renovation and modernization of the Albany branch.