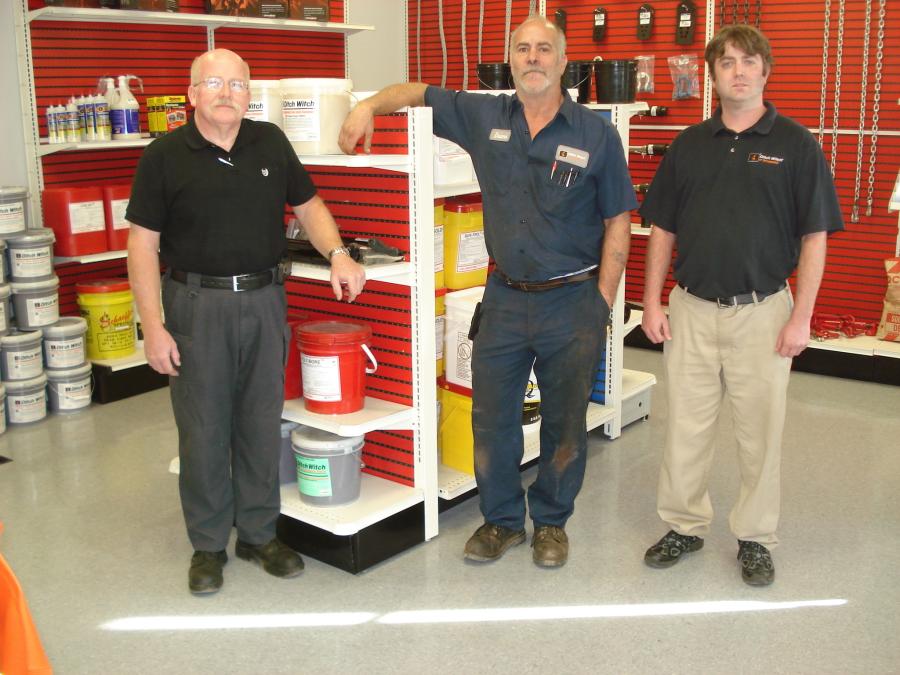 Ditch Witch of Tennessee recently relocated in the Knoxville area to 10732 Dutchtown Road. This is in addition to its La Vergne (Nashville) location. The company offers a full line of Ditch Witch products, attachments and parts for sale, as well as sales and service. The group serves middle and eastern Tennessee, as well as nine counties in southwestern Virginia.

Ray Romano is the owner and CEO. He took over the Ditch Witch of Tennessee business about four years ago when he returned to Tennessee after 10 years of traveling and living overseas. The two businesses had been in operation since the 1960s.

"I was looking for something more local upon returning from Australia," Romano said. "After networking a bit and finding out that there was a dealership opportunity with Ditch Witch, it became clear that it would be a good fit for me. Although my background and experience was with Cat dealers and Caterpillar, both manufacturers represent value, quality, productivity and durability in their respective products, as well as have great brand recognition."

Romano said that Ditch Witch is an interesting family owned success story that has grown to be innovative with what is now a worldwide brand. However, manufacturing has remained in the United States, in Perry, Okla.

When Romano originally acquired the businesses, he leased the Topside Road/Blount County facility from the previous owner. While it was well known to older customers, it was not in a convenient location for Knoxville growth areas or in the normal travel area to attract new customers. 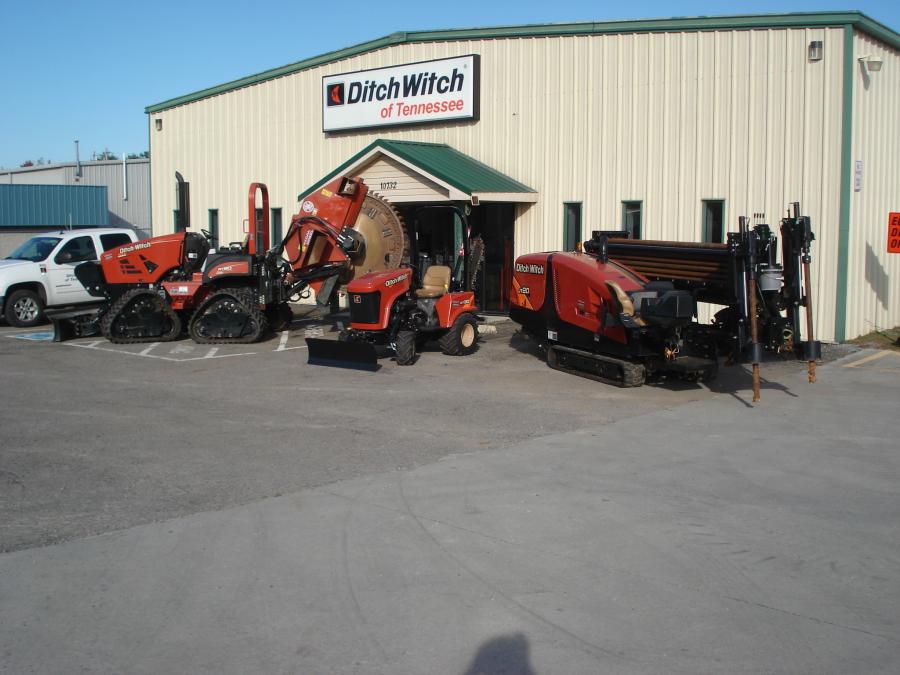 "This new location is in a much higher traffic and growth area of Knoxville, and much more convenient for customers right off the Lovell Road exit on I-40," Romano said.

Romano fully renovated the 6,000 sq. ft. (557.4 sq m) facility, which is located on 1.2 acres. There are currently five employees, with plans to add two to three more. Roy Rolen is the service manager, and he has two service technicians. Trent Sullivan is the parts counter sales person, and Dean Terry is the sales representative. 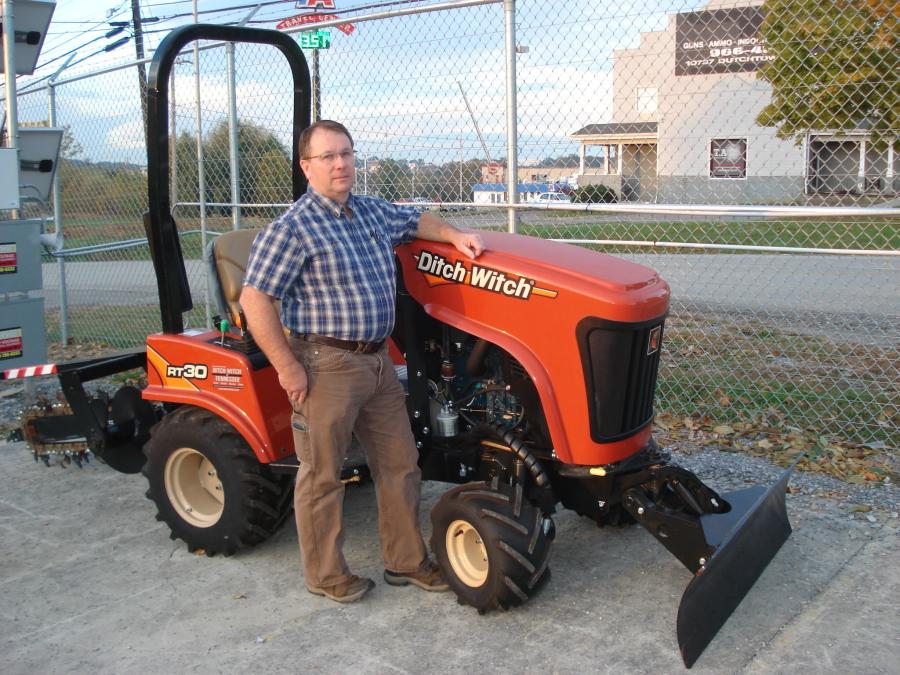 "Whether it's electric, gas, water, sewer, TV cable or Internet service, everyone wants it underground," Romano said. "Underground is not new for water, sewer and gas, but it's only been in the last 20 years or so that residential subdivisions have gone underground completely in the streets and to each house. Also, with the tremendous demand for cable TV and faster broadband Internet service, there are miles of cable to be placed underground in suburban and rural areas. 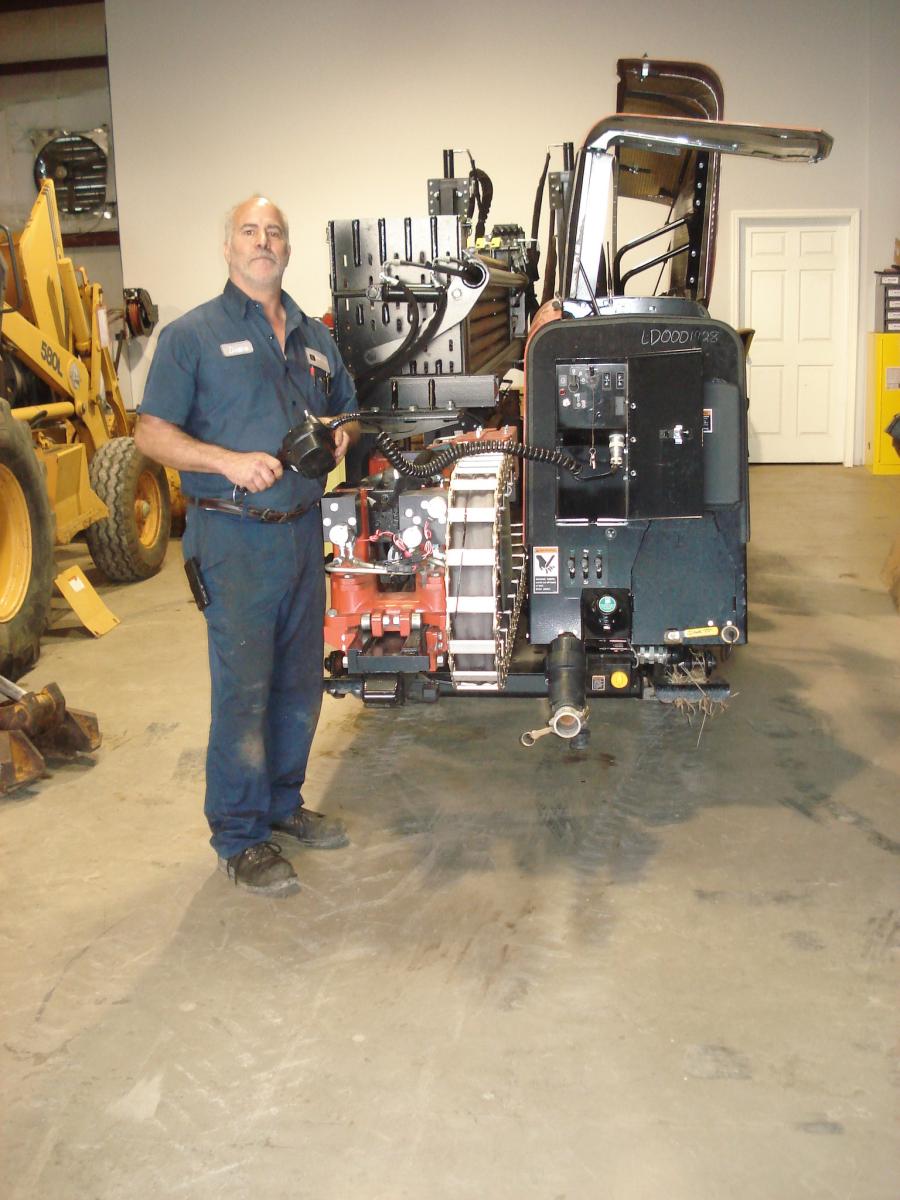 "The demand for hardscapes and irrigation also has increased the need for small trenching and/or plowing equipment. With the latest directional drilling equipment you can drill through most any underground conditions, including rock. There is a busy network of utilities underground already so locating existing pipes, cables, etc. is a critical issue now before digging, trenching or drilling any new holes underground. There are a lot of old pipes and cable that need replacement so the need for underground equipment is here to stay for a while."

Romano said he plans to expand the business in the areas of rock drilling and rental, which will require the addition of another service technician and sales representative in 2015.

According to Romano, he got his start in the parts department of Milton CAT in New Hampshire in 1975. After 15 years of sales and sales management experience there, he took sales, rental and used equipment responsibility for HO Penn Machinery, the dealer in the southern region of New York.

In 1995 when Cat was looking to establish a worldwide used equipment organization for dealers they called on Romano to start up Caterpillar Redistribution Services Inc., a wholly owned subsidiary in Nashville, Tenn. In 1999, he assisted the venture capital start-up IronPlanet online equipment auctions before getting the call in 2000 to CEO WesTrac, the Cat dealer in Sydney Australia.

During his time in Sydney, Romano also was asked to manage the development of WesTrac China, its new territory in Beijing and northeast China. In 2008, as part of WesTrac's long term rental strategy, Romano was asked to be interim CEO of Coates Hire, the largest rental company in Australia, which WesTrac acquired with the Carlyle Group.

In his new venture, Romano has not left his zeal for the industry behind, and continues to strive for excellence.

"We encourage customers to visit our new facility, and in particular our well stocked parts lobby, for their needs," Romano said. "We provide solutions to the best of our ability and with urgency. I want customers to leave with no doubt in their mind that when they need something or have a problem, we are their preferred supplier. Customers don't want to feel that they have to check or shop around, they want to trust that you will do the best you can for them every time." For more information, visit www.ditchwitchtn.com.