The project developers feel they have tapped into a hole in the prepper market. 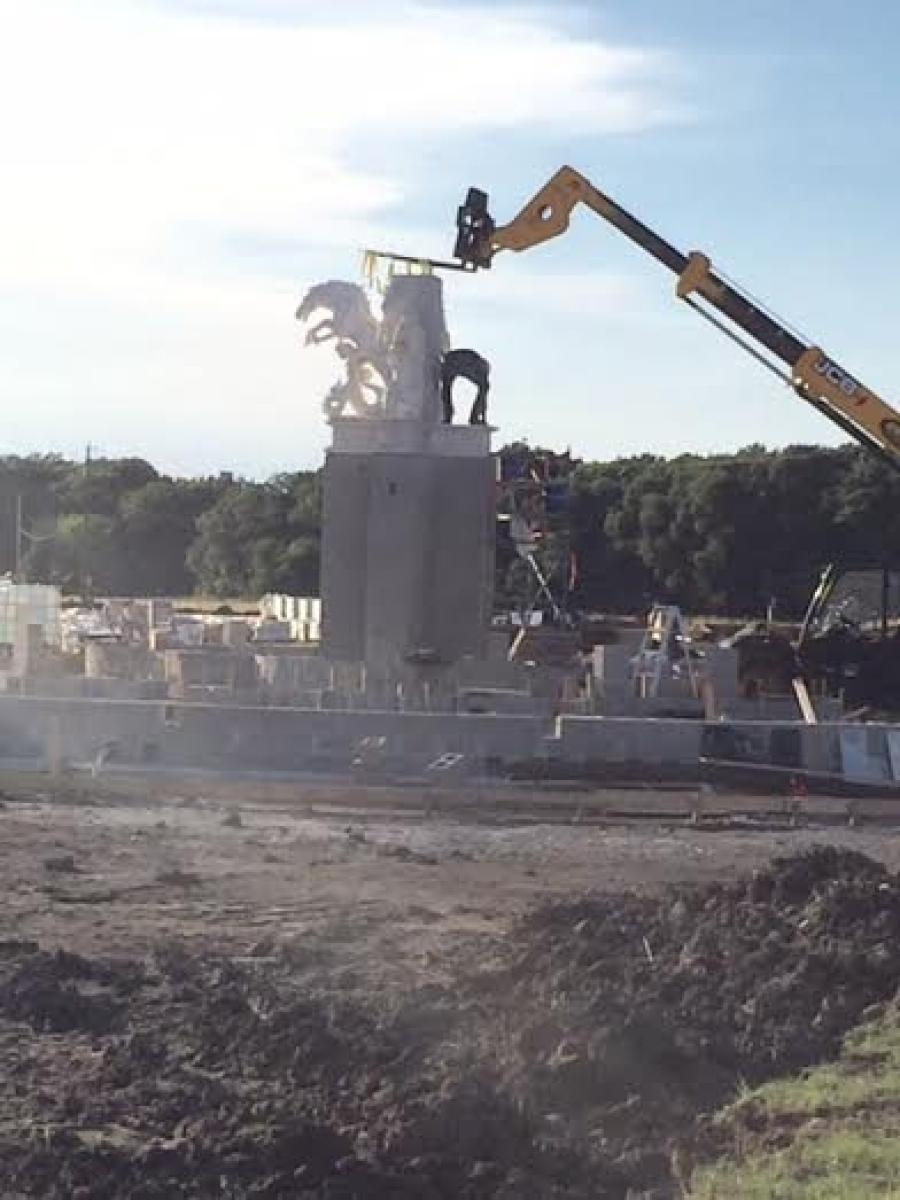 Image courtesy of Instagram. The group of investors involved in the Trident Lakes doomsday village plan on constructing enough bunkers to comfortably house more than 1,000 people.

The website Inquisitr is reporting that $300 million subterranean doomsday prepper village is being built in Ector, Texas. The Trident Lakes retreat in the rural region of the state will encompass 700 acres of land.

The group of investors involved in the Trident Lakes doomsday village plan on constructing enough bunkers to comfortably house more than 1,000 people. If a massive disaster strikes, the prepper residents of the subterranean village will be riding out doomsday in the lap of luxury.

Trident Lakes comes complete with an underground gun range, multiple white sand lagoons, and an equestrian range, the Daily Mail reports. Even though the upscale prepper doomsday village is being built almost entirely underground, it will still be easy to spot with the naked eye.

A massive 50-foot tall Poseidon water fountain is being constructed on top of the subterranean Trident Lakes complex in Ector. The water fountain can be seen from nearby Highway 65.

The project developers feel they have tapped into a hole in the Texas prepper market.

“The initial perception is that it's defined as a doomsday scenario,” Vintuary Holdings CEO, James O'Conner, said. “I'm trying to change the perception to a long-term sustainable community, with the concept of a 200-year community.”

Vintuary Holdings represents the group of investors who are backing the Texas doomsday project. Trident Lakes is definitely different than most prepper retreats or survival compounds. The Ector, Texas subterranean village also boasts a golf course, shopping complex, multiple restaurants, zipline, and even a spa.

“We're not looking at just putting all our residents underground; we're looking to put together a beautiful place to live that's also secure,” O'Connor added. “We think we have defined an untapped market.”