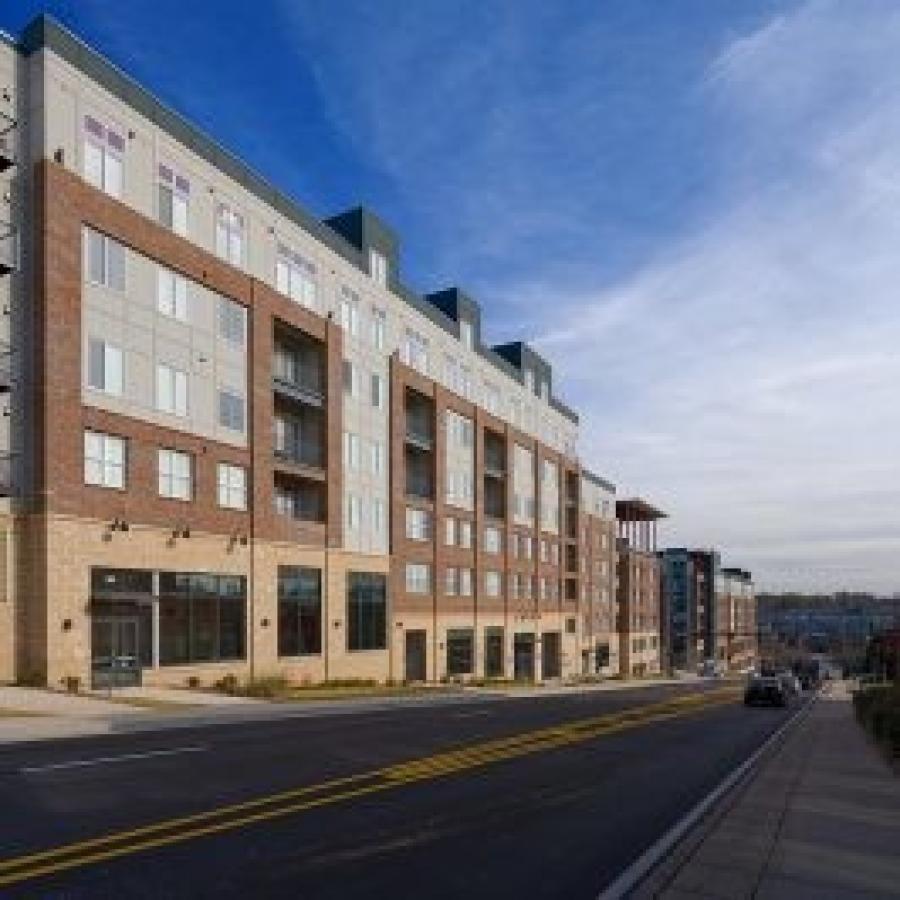 The Mark will add 115 units with 436 beds, the company announced in November. The apartments were developed and are managed by Athens-based Landmark Properties.

The first phase of The Mark opened in fall 2017 with 300 units and 928 beds on land between Oconee and Broad streets near the University of Georgia campus.

Workers have now begun preparing the construction site, a grassy area between the existing buildings of the complex and the nearby Firefly Trail.

Phase II will include units ranging in size from studio to five-bedroom units and also will include more than 19,000 sq. ft. of retail space on the ground level, according to The Mark's announcement.

In addition to apartments and retail space, the new construction will include a clubhouse, an elevated pool deck, a fitness center as well as study and computer lounges.

The construction is scheduled to be completed in August 2022.

The Mark Phase II was one of four new student housing projects the Landmark announced this month, with the others including one called The Retreat near Kennesaw State University in Kennesaw, and similar projects at the University of Maryland and the University of Florida.

Since the beginning of the year, Landmark has announced plans for eight new student housing developments with approximately 5,600 beds at a cost of $1.4 billion.

Landmark also owns another downtown Athens student complex called The Standard in addition to other properties around town.

In total, it manages more than 75 student housing projects across the country with more than 46,000 beds, and now has $2.7 billion in projects under construction, according to the company.