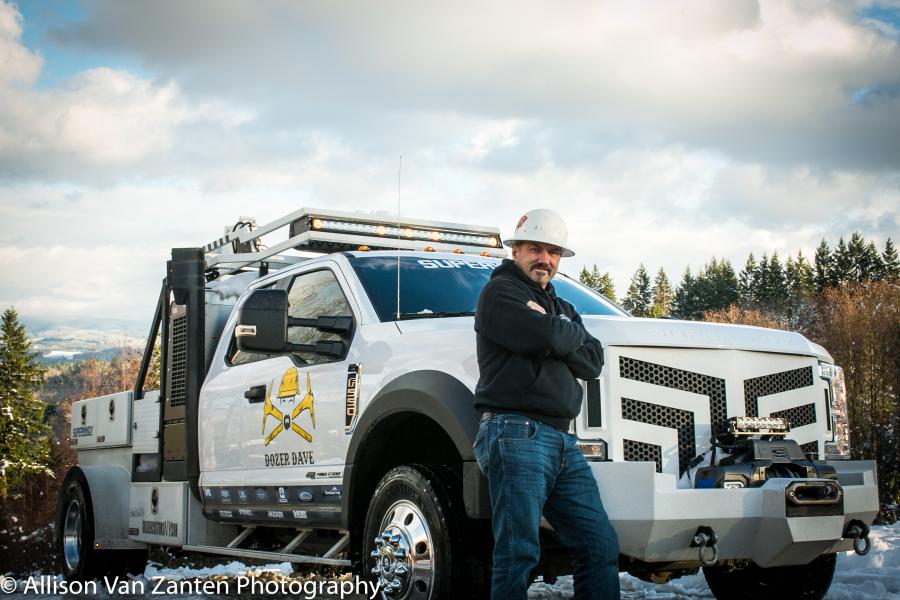 Dave Turin, aka Dozer Dave of the Discovery Channel’s “Gold Rush,” spoke to the World of Asphalt gathering in Indianapolis about opportunities for young people in the construction industry. (Allison Van Zanten Photo)

Dave Turin, also known as "Dozer Dave," who rose to fame on the Discovery Channel's popular show "Gold Rush," made a special guest appearance at the 2019 World of Asphalt / AGG1 show held Feb. 12 to 14 at the Indianapolis Convention Center.

Recently, Turin has taken a break from "Gold Rush" and has spent his time making appearances at community colleges and high schools around the country, speaking to young people about occupations in the construction industry as an alternative to college. As he sees it, in most cases schools place an emphasis on college as the only path forward. Turin reasons that college isn't for everyone and many would be better suited to a career in the trades.

Students who pursue college as their only option frequently end up graduating deep in debt and with no guarantee of a job. On the other hand, those who enter a career in the construction industries are able to earn while they learn and find rewarding work with a bright future, Turin said.

His goal is to assist in nurturing the next generation of the industry professionals who will continue to build America. His message isn't exclusive to young people, however. He also encourages adults to look for mentoring opportunities, and he recommends that businesses reach young people through personal interactions and where they spend a good deal of their time, citing social media as one of many ways to recruit new talent.

His involvement with "Gold Rush" began when Todd Hoffman, himself a native of Turin's hometown, approached him for advice on equipment and processes needed to run a gold mining operation in Alaska.

Turin was glad to help get Hoffman set up with equipment. He recalled that Hoffman also mentioned that his operations might be the subject of a television show, but at the time, that aspect of the gold mining operation was anything but certain, and Turin had no plans to become a celebrity.

As it happened, the Discovery Channel decided to televise Hoffman's exploits, and "Gold Rush" gained an enthusiastic viewing audience.

When Hoffman's crew experienced trouble with one of the machines, they called in Turin to help get the mining operation back into production. Turin found himself on television and was asked to return to the show during several subsequent seasons.

More recently, he has combined his knowledge of mining with what he learned in his time on "Gold Rush" to develop a YouTube channel that caught the attention of the Discovery Channel. The result is a new show titled "Dave Turin's Lost Mines."

The show, which is scheduled to debut in the spring, focuses on the history of mining in America and explores the impact of mine closings with visits to ghost towns and closed mines.

Turin's appearance at World of Asphalt was sponsored by the National Asphalt Pavement Association, the Association of Equipment Manufacturers, KPI-JCI and Astec Mobile Screens.