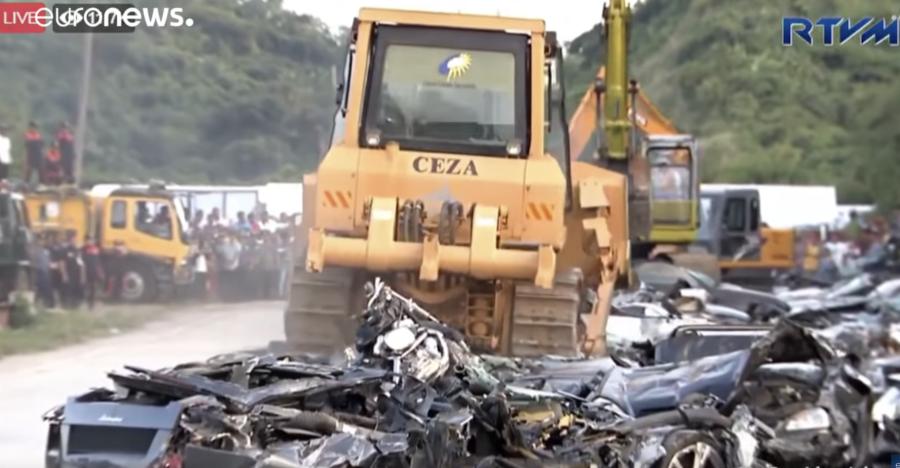 The order was Duterte's way of retaliating against government corruption and crime by destroying illegally imported cars, MSN reported.

Philippines President Rodrigo Duterte recently ordered that $5.89 million worth of cars be destroyed by bulldozers.

The order was Duterte's way of retaliating against government corruption and crime by destroying illegally imported cars, MSN reported. The 68 illegal cars that were recently destroyed included Lamborghinis, Mustangs, Porsches and motorcycles—and this isn't the first time Duterte has issued an order like this. Earlier this year, dozens of illegal vehicles, including Jaguars, BMWs and a Chevy Corvette Stingray totaling $2.76 million were also destroyed, MSN reported.

“I did this because you have to show the world that you have a viable place of investment and business,” said Duterte before this latest round of cars were crushed. “And the only way to show it is that you are productive and that you have the economy, to absorb the productivity of the population.”

Wearing a construction hat, Duterte watched as the cars were smashed from behind class.

Duterte, who was vocal against drugs and corruption during his 2016 presidential campaign, has since focused on preventing corruption within the government. Before he took office, the government was permitted to sell the illegal cars, making a profit. Now, Duterte has emphasized that the government is not to profit from any illegal activities.