Drainage Project in Downtown Camden, Maine, to Conclude in 2021 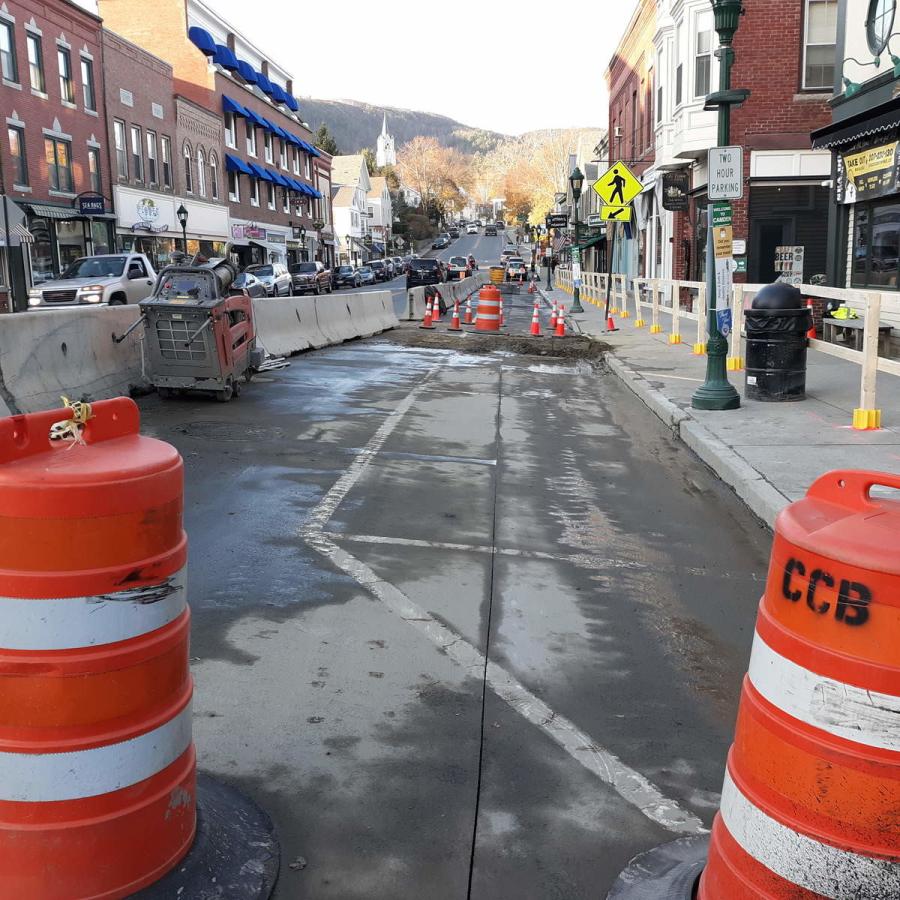 Much of the east side of Main Street in Camden is a construction zone as a major drainage project begins. (Susan Mustapich photo)

A Maine Department of Transportation (MaineDOT) project to improve drainage and sidewalks in downtown Camden is under way on the Public Landing and harbor walkway connecting to Main Street.

The state agency has provided oversight of the infrastructure upgrades in the town, situated on Penobscot Bay. The project area begins at Union Street and extends north approximately one-quarter of a mile, just past Bay View Street.

Ranger Contracting Inc. in Fairfield is the contractor on the job; the contract amount is $869,930. The town of Camden also is a partner in the sidewalk improvement portion of the project.

Work started at the Public Landing with the installation of a new outflow pipe. The pipe runs down the alleyway next to the Sea Dog Restaurant, through the upper portion of the Public Landing parking area and out into the harbor at the base of the southerly-facing waterfall.

Digging and blasting on the harbor walkway will be part of daily life for downtown business owners on Main Street until the project moves up to Elm Street.

For drivers, the most visible feature is a barricade that blocks off parking on the east side of Main Street from the Sea Dog Restaurant to just before Marriner's Restaurant.

Heavy equipment and materials, including enormous drainpipes and pre-cast manholes, were moved onto the Public Landing and staged at Tannery Park the last week of October. Excavation began the first full week of November.

MaineDOT's efforts began impacting street and pedestrian traffic Oct. 26. The project will span a six-month time period but ceases in the winter from Jan.21 through April 5, according to the transportation department's schedule.

Plans call for maintaining two-way traffic during as much of the construction period as possible. The contract only allows a single-lane traffic pattern at the southern end of the project area. Because there will be underground drainage work, on-street parking will be limited during this work, according to MaineDOT.

The estimated final completion date on the improvement project in Camden's picturesque downtown is June 11, 2021.